This article appeared online at TheNewAmerican.com on Tuesday, April 18, 2017: 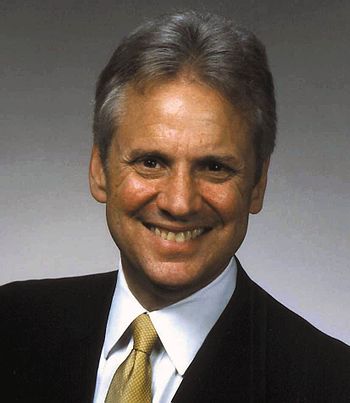 Implying that all South Carolinians are rednecks interested only in carrying sidearms recklessly, the New York Times’ unwelcome but predictable insertion into the debate currently taking place in South Carolina’s state senate might impact its outcome.

Two weeks ago the state House passed H3930, a bill that would grant all citizens the freedom to carry a firearm — concealed or open — without first having to obtain governmental permission to do so. The vote was 64-46, and the measure moved to the Senate for consideration.

If the bill passes, South Carolina’s Governor Henry McMaster has said he would sign it into law. That would make it the 15th state to have some form of “constitutional carry,” as the momentum toward gaining full Second Amendment rights continues across the land.

A spokesman for the governor said, “Governor McMaster appreciates the House’s hard work on this bill, believes it is constitutional, and will sign it if it reaches his desk.”

The New York Times is hoping to keep that from happening. Oddly entitled “Standing Ground Against the NRA,” the Times’ editorial sullied its reputation again by calling the South Carolina legislators working for the bill “tone deaf,” and the bill itself a “dangerous, laissez-faire” piece of legislation that needs to be voted down. It decried similar bills passed into law by 14 other states as “retrogressive.”

But invective aside, the Times wandered off the reservation when it attempted to tie the bill to the shooting at the AME Church in Charleston two years ago. That ghastly incident, it will be remembered, left nine people dead and three severely wounded in an attack by avowed white supremacist Dylan Roof, who was convicted and has been sentenced to death by a federal court.

The Times blamed the shooting on the “shoddy enforcement of gun control laws,” but then excoriated the state’s legislators for failing to focus on more gun control laws, with those legislators instead yielding “once more to the National Rifle’s Association’s agenda to freely arm the public and enrich the gun industry.”

When it was discovered, post-shooting, that Roof had in fact obtained his firearm legally when his purchase should have been denied, thanks to a foul-up at the FBI, Director James Comey apologized: “This case rips all of our hearts out. But the thought that an error on our part is connected to this guy’s purchase of a gun that he used to slaughter these good people is very painful to us.”

If the foul-up proves anything, it is only that data can be corrupted and entries misread, especially when that data is maintained by the government. But it clearly shouldn’t be used as an excuse for more gun laws, as Senate Judiciary Committee Chairman Chuck Grassley (R-Iowa) noted:

It’s disastrous that this bureaucratic mistake prevented existing laws from working and blocking an illegal gun sale. The facts undercut attempts to use the tragedy to enact [more] unnecessary gun laws. The American people, and especially the victims’ families, deserve better.

But the Times didn’t get Grassley’s memo — or else they chose to ignore it, more intent on promoting its anti-Second Amendment agenda than getting the facts straight and treating the matter respectfully. The editorial board never mentioned the Second Amendment’s guarantees of the right to keep and bear arms, nor the Supreme Court’s decisions that uphold that right. It didn’t mention that as more and more citizens are allowed the opportunity to carry, violent crime continues to decline. Instead, the paper’s editorial board marginalized not only that right but also the many citizens in South Carolina who would decide to carry for whatever reason seems sensible to them, without getting governmental permission first.

Bruce Krafft, writing at The Truth About Guns, put the matter more succinctly:

The fact that a lunatic racist perpetrated a “gun spree” [the Times’ description of the AME Church attack by Roof] is completely irrelevant to whether or not people should be “allowed” to exercise their natural, fundamental, inalienable, human, individual, civil and Constitutional right to carry the self-defense tool of their choice without let or hindrance, and most especially without kowtowing to the unfettered whim of some [government] official.

In addition to the 14 states that already have some form of constitutional carry in place, another 20 states, including South Carolina, are considering it. The current legislative session in that state ends in four weeks, and those opposed are hoping that the House bill will just languish in some Senate committee until then.

It remains to be seen just how much the Times’ unwelcome but predictable insertion of its anti-gun ideology into the issue will affect the outcome.

bureaucrat Constitution FBI Freedom Gun Control guns ideology NRA rights Second Amendment Supreme Court truth
This entry was posted on Wednesday, April 19th, 2017 at 5:45 am and is filed under Politics, Second Amendment. You can follow any responses to this entry through the RSS 2.0 feed. Both comments and pings are currently closed.
Many of the articles on Light from the Right first appeared on either The New American or the McAlvany Intelligence Advisor.