This article was published by The McAlvany Intelligence Advisor on Friday, April 7, 2017: 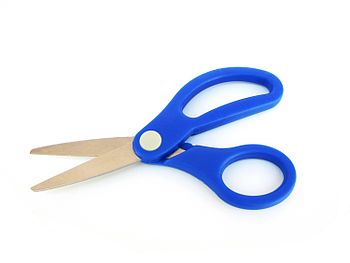 The beauty of the CRA, the Congressional Review Act, is that it provides a process by which an incoming administration can look back at the previous administration’s rules and regulations and repeal, neuter, or abandon those it doesn’t like. In addition, once a rule has been repealed, the CRA prohibits it from growing back again. Call it “Roundup” 2.0 for political weeds and unwanted grasses.

What’s remarkable is that, since its enactment in 1996 as part of the Republicans’ Contract with America, it has only been used once: by George W. Bush. Congress passed five CRA resolutions under Obama but he vetoed them all. For him, no government was too big nor any regulation too outrageous.

When Marc Short, Trump’s Director of Legislative Affairs, was given the mike at the White House press conference on Wednesday, he spoke at length about the president’s aggressive use of the CRA to turn back a few of the many hundreds of burdens applied to businesses by the previous administration. Before taking questions Short said:

I think the President is keeping his promise to Americans to roll back that regulatory burden.  And as a result, I believe that we are helping to spur growth in the American economy.  We inherited – this administration did – the biggest regulatory burden, we believe, of any President in American history.  And after an onslaught of new regulations that we believe were slow on the economy and hardworking Americans, this administration has gone to work at how to pull that back.

Short noted that Trump has used Executive Orders as well as the provisions of the CRA to push back some of the burdens imposed by the Obama administration:

In addition, as you know, we’re using executive action to stop some of the costs of these regulations.  He signed more than a dozen executive orders that, among other things, require us to review the cost of the Clean Power Plan, review EPA’s Waters to the U.S. regulation, clear regulatory burdens to small businesses, lift the moratorium on onshore coal leasing, begin a plan to reorganize or eliminate wasteful government agencies, and to give the HHS Secretary the discretion to provide states with the flexibility under Obamacare.  These are all efforts to, again, in different areas, pull back on the regulatory front….

[The CRA] is a tool that we’re taking advantage of and that we’re actually passing this legislation, and that, working with House and Senate leadership, there are several more that we hope to sign before this window closes on April 28th.

Its effectiveness can best be measured by the angst being expressed by progressives who never saw a regulation they couldn’t justify. For example, the DailyKos first celebrated the collapse of RyanCare but then warned that these small victories by Trump’s use of the CRA are mounting up:

The daily headlines of scandals [in the Trump administration] mask one area where Trump and the GOP Congress have been successful in advancing the Republican agenda: they have already succeeded in pursuing the most aggressive regulatory rollback since the Reagan administration….

Hundreds of public protections [put in place by the Obama administration] are at risk through the CRA: 15 have been repealed by the House, 12 are in the Senate, and already [as of March 31] 7 have been signed by Trump.

In February President Trump signed three CRA resolutions, reversing Obama’s Social Security gun ban on beneficiaries without due process of law, relieving coal miners of restrictions whose properties are near streams, as well as relieving oil, gas, and mining companies of the federal necessity of publishing payments they might make to foreign governments as a regular course of doing business.

The last week in March he signed four more, including one negating the “Fair Pay and Safe Workplaces” rule under which the government would collect information on an employer’s workplace law compliance record to determine if the employer should be awarded (or retain) the contract. Obama’s Executive Order also subjected contractors to paycheck transparency requirements and prohibited employers with contracts worth more than $1 million from arbitrating Title VII or sexual assault/harassment claims.

Another CRA rollback was the Bureau of Land Management “Planning 2.0” rule that would have governed all planning for the future uses of some 250 million acres of federal public land. Still another involved repeal of the so-called “Broadband Privacy Protections” rule which allegedly did little for consumer privacy but added significant additional federal burdens onto internet service providers.

To those who are nervous about Trump’s aggressive use of the CRA, they should remember that it requires cooperation between the executive and legislation branches of the government to implement any repeals. Second, the CRA is a one-way street: it was designed not for creating new burdens but for removing them. Thirdly, and disappointing to those seeking to take a scythe to the federal government, is that it’s small in stature and temporary in nature. The 60-day lookback ends on April 28th.

History of the CRA

Abortion Executive Order Federal Government George W. Bush Internet legislation Obama politics power progressive Regulations Republican Small Business Social Security
This entry was posted on Saturday, April 8th, 2017 at 5:51 am and is filed under History, Politics. You can follow any responses to this entry through the RSS 2.0 feed. Both comments and pings are currently closed.
Many of the articles on Light from the Right first appeared on either The New American or the McAlvany Intelligence Advisor.