This article appeared online at TheNewAmerican.com on Thursday, March 30, 2017: 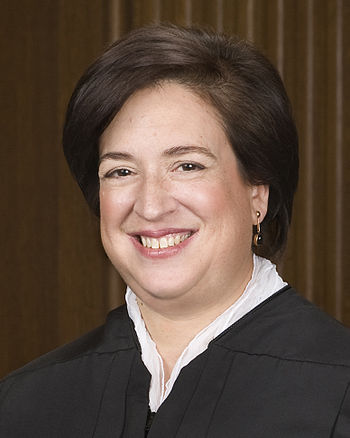 Elena Kagan, Associate Justice of the Supreme Court of the United States

The city of Joliet, Illinois, is about to find out just how costly its miscarriage of justice can be, now that the U.S. Supreme Court ruled unanimously last week that it cannot incarcerate an individual while he is awaiting trial, absent probable cause. Supreme Court Justice Elena Kagan was succinct in delivering the court’s opinion:

The primary question in this case is whether Manuel [the petitioner] may bring a claim based on the Fourth Amendment to contest the legality of his pro-trial confinement…. We hold today that Manuel may challenge his pretrial detention on the ground that it violated [his] Fourth Amendment [rights]….

What the ruling does is confirm 10 lower courts’ similar rulings, as Kagan noted: “There is now broad consensus among the circuits that the Fourth Amendment right to be free from seizure but upon probable cause extends through the pretrial period.”

It all began shortly after midnight, March 18, 2011 when Joliet police pulled over an automobile in which Elijah Manuel was riding, claiming that his brother who was driving failed to signal for a left turn. Rory Little, a law professor at the University of California Hastings College of Law, explained what happened next:

Elijah Manuel alleged that an officer pulled him from a car, beat him, called him racial slurs, and then arrested him for drugs even though a field test on pills Manuel was carrying came back negative. He further alleged that an evidence technician at the police station conducted another test on the pills that also came back negative, but that the technician falsely stated that the test was positive.

Another officer then swore out a complaint against Manuel; based on all these false statements, a county judge ordered Manuel to be detained. Manuel was not released until seven weeks later, after a state police lab reported that the pills contained no controlled substances and “for unknown reasons,” the state prosecutor waited a month to move for dismissal.

Two years later, Manuel sued the City of Joliet and its officers for violation of his civil rights under 42 U.S.C. §1983, alleging two Fourth Amendment violations: his false arrest and his prolonged unlawful post-arrest detention.

Manuel lost the first round with the district court ruling that he waited too long before filing his complaint and second that this wasn’t a Fourth Amendment issue but a Due Process issue. When Manuel appealed, the appeals court upheld the lower court’s decision. He then appealed to the U.S. Supreme Court, which reversed unanimously on March 21.

An Amicus Curiae (friendly brief) was filed on Manuel’s behalf by the U.S. Justice Foundation, the Downsize DC Foundation, the Conservative Legal Defense and Education Fund, the Institute on the Constitution, and the Gun Owners of America (GOA) and its foundation. This allowed these groups to present their point of view on the matter before the Supreme Court:

Petitioner Elijah Manuel has appropriately invoked the Fourth Amendment as a basis for his claim of malicious prosecution. Arrested without probable cause, Manuel was detained in actual custody for 48 days during which time the police falsified evidence before a grand jury leading to his arraignment on false charges which were dropped by the prosecutor only after discovery that the charges were baseless.

The Fourth Amendment guarantee against unreasonable searches and seizures is predicated on the right of the people to be secure in their “persons, houses, papers, and effects.” Viewed against its common law backdrop, the Amendment’s purpose and scope extend throughout any period of pretrial detention up to and including the day upon which all criminal charges are dropped.

The brief allowed the GOA to expand on one of its most salient and persuasive reasons for supporting the Fourth Amendment: the right to life and the reasonable implication that with that right comes the right to defend that life, with deadly force if necessary. As the GOA explained: “This is why GOA is working to explain to courts that the Fourth Amendment protects each American’s property interests, including Americans’ property interest in their own body and firearms.”

The Amicus Curiae will also likely serve Manuel and his attorneys well as they take the next step in obtaining justice by filing for damages against Joliet and its offending officers who were involved in this egregious miscarriage: “Indeed, by wrongfully holding Manuel in pretrial detention for 48 days, the City of Joliet and its police officers caused him not only emotional distress, but harmed his reputation, inflicted out-of-pocket losses, and deprived him of employment opportunities.”

Now that the Supreme Court has cleared the way, confirming 10 lower courts’ similar rulings, Manuel is likely to exact justice and restitution from Joliet, Illinois, while simultaneously performing the necessary warning to other localities abusive of precious rights such as the Fourth Amendment to the Constitution of the United States. Remember what Kagan concluded: “We hold today that Manuel may challenge his pretrial detention on the ground that it violated [his] Fourth Amendment [rights].”

Joliet, Illinois: Get ready to write a big check to Elijah Manuel.

Constitution Elena Kagan firearms Fourth Amendment justice law Liberty rights Supreme Court violations
This entry was posted on Friday, March 31st, 2017 at 5:16 am and is filed under Crime, Fourth Amendment. You can follow any responses to this entry through the RSS 2.0 feed. Both comments and pings are currently closed.
Many of the articles on Light from the Right first appeared on either The New American or the McAlvany Intelligence Advisor.