How Trump Can Accelerate the Failure of ObamaCare

This article appeared online at TheNewAmerican.com on Monday, March 27, 2017: 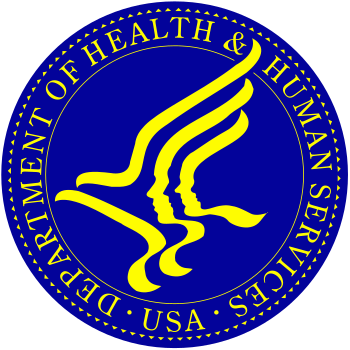 With the withdrawal of a House bill to repeal and replace ObamaCare, Market Watch explored the options the Trump administration has to hasten the collapse of the ACA. ThinkProgress has reported that the process has already started.

House Speaker Paul Ryan, in announcing the withdrawal of the bill on Thursday,  said that ObamaCare would remain in place “for the foreseeable future.” He didn’t define that future.

The government healthcare plan is already fraying around its edges. Premiums are rising far beyond original estimates, partly due to the withdrawal of major health insurers UnitedHealth Group, Humana, and Aetna from offering coverages. And those remaining in the market have only until June 21 to submit their bids for offering coverages starting in November. But without certainty, a stable market and a broader pool made up more of healthy customers than those who are sick, those bids are almost certain to push premiums even higher.

Trump’s head of the Department of Health and Human Services (HHS) Tom Price, an opponent of the ACA, has already ordered the ending of the promotion of ObamaCare, which has caused a drop-off of enrollment of 400,000 compared to last year.

In addition, although the individual mandate remains in place, the IRS — the government’s enforcement arm of ObamaCare — has announced that it would stop its plans to reject tax returns of people if they did not say whether or not they had coverage. Without the threat of men with badges and guns, enrollment in ObamaCare ceases to be mandatory and the continued falloff in enrollment is all but certain.

And Price has the power to end altogether the mandate, under Trump’s executive order issued in January, which stated:

To the maximum extent permitted by law, the Secretary [Price] … shall exercise all authority and discretion available … to waive, defer, grant exemptions from, or delay the implementation of any provision or requirement of the Act that would impose a financial burden on any State, or a cost, fee, tax, penalty, or regulatory burden on individuals, families, healthcare providers, health insurers, patients, recipients of healthcare services, purchasers of health insurance, or makers of medical devices, products or medications.

If Price invokes this power now that Ryan’s repeal/replace bill is dead, then for all practical purposes, ObamaCare will shortly be dead as well. Without an expanding pool of healthy people forced to participate, insurers will be left with a smaller, sicker, and much more expensive population of policyholders to insure. As premiums rise ever higher, fewer will participate, accelerating the death spiral of ObamaCare.

Obama’s healthcare law was flawed from the beginning. Proponents hoped that people would come to like, enjoy, and use the new plan offering better coverages at lower premiums, as promised by President Obama. Instead, public opposition to the ACA has done nothing but increase.

There were so many post-passage loopholes and exceptions granted by the Obama administration that  Marcus Hawkins for ThoughtCo observed: “Perhaps the only good thing about ObamaCare is that it was so poorly put together that many businesses and individuals have found a way to escape much of it … those loopholes have completely halted many of the core goals of [the ACA], adding to the general failure of [it].”

The Congressional Budget Office (CBO) initially scored the act back in 2009, projecting that it would cost the American taxpayer $900 billion over the next 10 years. But that scoring was based on so many assumptions that later proved to be wrong that when it scored the act again in 2014, the CBO revised its projection to $1.8 trillion — double its original projection.

Some have suggested that ObamaCare was deliberately designed to fail, leading to pressure to scrap it altogether in favor of single-payer, government-funded and mandated healthcare for everyone. Dr. Jeffrey Barke, a family practice physician in Newport Beach, California, stated:

From my position as a doctor, I have watched as ObamaCare has harmed my patients, increased costs and done terrible damage to the greatest healthcare system in the world….

Premiums are rising faster than ever … health insurance companies are abandoning the law’s exchanges left and right, unable to compete in the top-down, regulation-driven environment created by the law….

How could the law’s authors not have seen this coming?…

Its authors purposely designed the law so that it would fail. And when it did, they could return to the American people with the promise that even greater government intervention in healthcare could end the ObamaCare nightmare.

With just a little push from Price, and a little help in June from healthcare insurers raising their premiums even higher, the death of ObamaCare will be hastened. This will shorten Ryan’s “foreseeable” future considerably, perhaps in June after those health insurers have announced the bad news.

Then Ryan, or whoever may be the House speaker by then, will have another chance to do a proper job of dispensing with ObamaCare altogether, and letting the free market do what it does best: provide healthcare coverages and services to the people who want them and are willing to pay for them directly without government mandates, subsidies, or interference.

doctor Executive Order exemptions Free Market Healthcare HHS Insurance mandates Obamacare Subsidies taxpayer
This entry was posted on Tuesday, March 28th, 2017 at 5:53 am and is filed under Free Market, Politics. You can follow any responses to this entry through the RSS 2.0 feed. Both comments and pings are currently closed.
Many of the articles on Light from the Right first appeared on either The New American or the McAlvany Intelligence Advisor.