ObamaCare is Imploding All by Itself

This article was published by The McAlvany Intelligence Advisor on Monday, March 27, 2017: 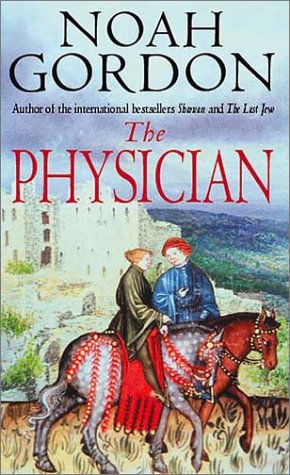 The best person to ask about ObamaCare is not the patient, but the doctor. He’s the one carrying the burden: trying to help his patients with one hand while trying to manage the requirements of the state with the other. One who knows is Jeffery Barke, M.D., a 54-year-old family practice physician in Newport Beach, California. He not only predicted the collapse of ObamaCare (ACA) but wrote that it was planned that way:

As ObamaCare’s troubles mount, I’ve heard my patients and my peers in healthcare ask: How could the law’s authors not have seen this coming?

For my part, I think a different question needs to be asked: What if they did? What if ObamaCare was purposely designed to fail?

Every day, it seems like there are a dozen new headlines about the crisis facing ObamaCare. Premiums are rising faster than ever. Meanwhile, health insurance companies are abandoning the law’s exchanges left and right, unable to compete in the top-down, regulation-driven environment created by the law. Less than three years into its implementation, the law has never looked so precarious.

He saw firsthand that ObamaCare never did what it was supposed to do:

From my position as a doctor, I have watched as ObamaCare has harmed my patients, increased costs, and done terrible damage to the greatest healthcare system in the world….

There is, in his mind, no other explanation than that ObamaCare was deliberately designed to fail, in order to be replaced with something worse: full-on, single-payer government-mandated healthcare:

Its authors purposely designed the law so that it would fail. And when it did, they could return to the American people with the promise that even greater government intervention in healthcare could end the ObamaCare nightmare.

Since he wrote this last September, the situation has only gotten worse: premiums have skyrocketed, insurers UnitedHealth Group, Human and Aetna have pulled out of states’ exchanges, and those remaining have until June 21 to present their bids to provide coverage starting in November. But with enrollments down 400,000, and the IRS announcing that it won’t be rejecting tax returns of filers who fail to answer whether they have health insurance or not, the program is no longer mandatory. The only ones likely to enroll are those already sick, precisely the cohort health insurers don’t want. So, in June, they will build a substantial “risk” premium into their bids, resulting in even fewer people enrolling.

ObamaCare has been a catastrophe from the start. People didn’t want it, Republicans rejected it every chance they got, and those supporting it hoped that, with the passage of time, the people would change their minds and get used to the intrusion and the mandate. That didn’t happen as polls continue to show dissatisfaction and unhappiness with ObamaCare actually growing over time, sometimes by double digits.

The Congressional Budget Office scored the original act back in 2009, projecting that it would cost American taxpayers $900 billion spread out over 10 years, and that by that time everyone would be enrolled. In 2014 the CBO scored it again, this time using better assumptions based not on dreams but reality, and projected the 10-year cost at $1.8 trillion, a double over its original number.

And all those who will then be insured? Again the CBO has projected that by 2024 some 31 million Americans will still not be covered, despite the mandates, the subsidies, and the threats.

Now that RyanCare – alternatively called Obamacare 2.0 or ObamaCare Lite – lies in tatters on the House floor, Speaker Ryan is moving on to other things, saying that Americans will just have to put up with ObamaCare “for the foreseeable future.”

That “foreseeable future” could arrive a lot sooner than he thinks. And some are suggesting that he won’t even be running the show when that happens.

All Trump’s HHS secretary, Tom Price, needs to do is formalize the executive order issued by the president in January:

To the maximum extent permitted by law, the Secretary [Price] … shall exercise all authority and discretion available … to waive, defer, grant exemptions from, or delay the implementation of any provision or requirement of the Act that would impose a financial burden on any State, or a cost, fee, tax, penalty, or regulatory burden on individuals, families, healthcare providers, health insurers, patients, recipients of healthcare services, purchasers of health insurance, or makers of medical devices, products, or medications.

If Price officially announces the end of the individual mandate, confirming what the IRS has essentially already admitted, followed by those bids from health insurers due June 21, and it’s game over: premiums will jump, enrollments will drop, healthy individuals won’t participate while those who are sick will enroll, jumping at the chance to have someone else pick up their healthcare expenses. The resulting math will end ObamaCare, leaving the door open for the House of Representatives to take another swing at it. But this time the Freedom Caucus will have a much larger role in the process instead of being hammered into a corner by Trump and Ryan.

Which brings this conversation to a key point. Many have assumed that the only way the House can seriously repeal ObamaCare, or any other onerous, egregious, unconstitutional program, is to have a majority – 219 – voting en bloc. With that 51 percent they could begin the serious rollback of government. But it’s now clear, or should be, that the number needed to start the process is far smaller. The number would have to be large enough to accomplish one single purpose: provide the “swing” vote on any important piece of legislation. That number would be far smaller than 219.

In fact, the present numbers who count themselves as members of the Freedom Caucus, as of March, 2017, include:

That’s 30 willing to go public. All by themselves they stopped the roaring freight train carrying the load of RyanCare, to their everlasting credit.

But there’s another factor. William Wilberforce discovered it: once a small group gains an outsized influence due to its determination to do the right thing, others – sympathizers, hangers-on, weak sisters, call them what you will – will get aboard. Malcolm Gladwell explained the phenomenon in his book The Tipping Point: “that magic moment when an idea, trend, or social behavior crosses a threshold, tips, and spreads like wildfire.”

Finally, the clock is ticking on the midterm elections. And American voters are increasingly interested in what’s happening in Washington and, more specifically, how well their representatives are reflecting their interests in getting rid of ObamaCare.

Put all together then, it’s possible, perhaps even likely, that the Freedom Caucus has enough influence, and backbone, to serve as the driver for the next attempt to bury forever the nightmare of ObamaCare, and restore the free market to the purchase of health insurance.

MarketWatch: What Trump can do to undermine Obamacare, now the GOP health bill has failed

A doctor asks: Was ObamaCare designed to fail?

10 Reasons Obamacare is (and will continue to be) a Failure

The Tipping Point by Malcolm Gladwell

CBO Constitution doctor elections Executive Order Free Market Freedom health Healthcare House of Representatives mandates Midterm Elections Obamacare Subsidies taxpayer threat
This entry was posted on Tuesday, March 28th, 2017 at 5:37 am and is filed under Free Market, Politics. You can follow any responses to this entry through the RSS 2.0 feed. Both comments and pings are currently closed.
Many of the articles on Light from the Right first appeared on either The New American or the McAlvany Intelligence Advisor.