This article appeared online at TheNewAmerican.com on Monday, March 27, 2017: 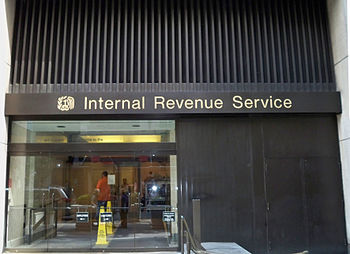 Following the issuance of President Trump’s executive order in January in which he ordered the Health and Human Services Department to “waive, defer, grant exemptions from, or delay the implementation of any provision or requirement of [ObamaCare, or ACA] that would impose a financial burden on any State, or a cost, fee, tax, penalty, or regulatory burden on individuals, families…” the Internal Revenue Service (IRS) responded last month:

The recent executive order directed federal agencies to exercise authority and discretion available to them to reduce potential burden[s]. Consistent with that, the IRS has decided to make changes that would continue to allow electronic and paper returns to be accepted for processing in instances where a taxpayer doesn’t indicate their [health insurance] coverage status. [Emphasis added.]

This unheralded non-enforcement of the ObamaCare mandate not only spells the end of the government healthcare nightmare but is adding impetus to free market efforts to fill the void. The mandate was part of the “three-legged stool” upon which the failing government program was based. It forced individuals either to purchase health insurance, whether they wanted to or not, or else pay a penalty to the IRS. The IRS was the enforcement arm for ObamaCare.

Tax software companies are already adjusting their programs to reflect the decision by the IRS not to reject e-filed or paper returns when Question 61 on the Form 1040 is left blank. A notice from Drake Software, the provider of software for professional tax preparers, informed its customers that, effective February 3, the “IRS will now accept an e-filed return that does not indicate either full-year coverage or an individual ‘shared responsibility payment’ … as required by IRS instructions, Form 1040, line 61.”

The freedom from the mandate is driving the search for free market alternatives such as those offered by the Surgery Center of Oklahoma (reviewed by Kurt Williamsen at The New American), the Premier Medical Imaging facility in Minneapolis, the Ocean Surgery Center in Torrance, California or the Clinica Mi Pueblo, serving primarily the Hispanic community in Southern California.

Operating since 1997, the Surgery Center of Oklahoma is a free market, cash-only, direct-pay facility that serves customers from around the country. One of the center’s recent patients, Art Villa, not only saved himself and his company (which helps its employees pay for their medical expenses) almost $20,000 for a total knee replacement, but it was, according to Villa, a new experience: “I’ve really never experienced this quality of care,” he stated.

The Surgery Center’s fee for Villa was all inclusive: airfare from his home in Helena, Montana, pre-op examinations and tests, the surgery itself, and post-op care in a nearby Marriott Residence Inn where he stayed for a week and a half, along with rehab. The reason it could be done at half what it would have cost Villa in Helena is that the center takes no insurance, hence no filing, hence no staff needed to complete the paperwork and chase down late insurance company payments.

The all-inclusive price for every operation is listed on its website: $8,260 for rotator-cuff surgery, $2,750 for carpal tunnel syndrome surgery, $1,925 for setting and casting a broken leg.

Despite the recent failure of the initial effort to repeal and replace ObamaCare, the move toward more freedom of choice not only of medical insurance plans but choices of care will continue. More choices mean more plans, some with low premiums but high deductibles. People with that type of coverage will increasingly be open to the transparency and competitive pricing of alternatives such as these.

Even Time magazine was forced to say that “this trend may accelerate nationally. With the Affordable Care Act on the chopping block, many experts expect the free market model to take off … almost any change is likely to result in more Americans choosing high-deductible insurance plans, which would help fuel the cash-based marketplace for years to come.”

Mark Perry of the American Enterprise Institute agrees with Time:

We will only get medical costs under control when we move the medical system in the direction of the Clinica Mi Pueblo and the Surgery Center of Oklahoma, which are both based on the sensible, cost-controlling medical business model of a) transparent pricing, b) out-of-pocket cash payments like almost everything else consumers purchase (food, clothing, housing, transportation, computers, travel, etc.), and c) minimizing the role of third-party payments, mountains of bureaucratic paperwork, Medicare, Medicaid, and opaque pricing….

With the abdication by the IRS in enforcing the ObamaCare mandate, the future positive change is bright. Better care, with lower costs known in advance, without government mandates, hassles, and interference, especially no longer having to answer line 61 on Form 1040, is simply a matter of time.

Executive Order Free Market Freedom Healthcare mandates Medicare Obamacare
This entry was posted on Tuesday, March 28th, 2017 at 5:45 am and is filed under Free Market, Politics. You can follow any responses to this entry through the RSS 2.0 feed. Both comments and pings are currently closed.
Many of the articles on Light from the Right first appeared on either The New American or the McAlvany Intelligence Advisor.