Liberal Seminary Rescinds Award to be Given to Conservative Pastor

This article appeared online at TheNewAmerican.com on Thursday, March 23, 2017:

In announcing that it would award popular conservative pastor Tim Keller the prestigious Kuyper Prize in early April, Princeton Theological Seminary said earlier this week that Keller “is widely known as an innovative theologian and church leader, well-published author, and catalyst for urban mission in major cities around the world.”

Keller is the founder of Redeemer Presbyterian Church in New York City and author of more than a dozen books including New York Times Best Sellers The Reason for God: Belief in an Age of Skepticism, The Prodigal God: Recovering the Heart of the Christian Faith, and Prayer: Experiencing Awe and Intimacy with God. He began Redeemer in 1989 from scratch in downtown New York.  Today the church serves more than 5,000 worshipers every week. 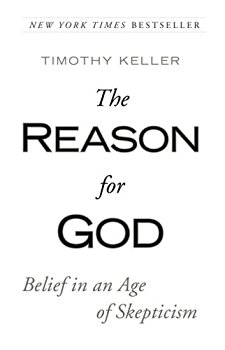 One of Keller’s best-selling books

While my office issues the official invitations to campus, I don’t practice censorship over the choices of these organizations, even when I or the seminary disagrees over some of the convictions of these speakers.

He celebrated diversity and inclusiveness over the selection:

It is also a core conviction of our seminary to be a serious academic institution that will sometimes bring controversial speakers to campus because we refuse to exclude voices within the Church.

Diversity of theological thought and practice has long been a hallmark of our school. And so we have had a wide variety of featured speakers on campus including [some] who come from traditions that do not ordain women or LGBTQ [lesbian, gay, bisexual, transgender, queer/questioning] individuals, such as many wings of the Protestant Church, and bishops of the Orthodox and Roman Catholic communions.

Barnes doubled down on his commitment to diversity and freedom of speech on his campus:

We are a community that does not silence voices in the church. In this spirit we are a school that can welcome a church leader to address one of its centers about his subject [church planting], even if we strongly disagree with his theology on ordination to ministry.

But when Princeton alums learned that Keller was to receive this award, they began to push back, knowing that Keller, ordained by the Presbyterian Church in America (PCA), opposed the ordination of women and homosexuals.

It didn’t matter that, starting with just 50 attendees his church now successfully serves more than 5,000 mostly young urban professionals, many single, in an increasingly secular culture.

None of that mattered to those Princeton alums who pressured the seminary to withdraw the award. One alumna, Traci Smith, was “hurt” by the announcement:

My personal soapbox … boils down to this: an institution [Princeton] designed to train men and women for ministry shouldn’t be awarding fancy prizes to someone who believes [that] half the student body (or is it more than half?) has no business leading churches. It’s offensive and, as I have taught my four- and five-year-olds to express, it hurts my feelings.

Another alumnus, Travis McMaken, now an associate professor of religion at Lindenwood University in St. Charles, Missouri, said he was “disappointed” in the selection of Keller:

[I’m] very disappointed with my alma mater for awarding the Kuyper prize to Tim Keller who denies the full equality of women and men. It’s hard to see this move by Princeton as anything other than pandering to conservatives in hope of generating enrollment…

I hope that the faculty will not give Keller an easy time of it, at least, and thereby retain some dignity.

Another alumna, author Carol Merritt, writing at the Christian Century website, was even blunter:

In these difficult days … I hope that my denomination would stand up for women, loud and clear. Instead we are honoring and celebrating a man who has championed toxic theology for decades.

On Wednesday Barnes rescinded the award, turning all of his posturing about diversity, inclusiveness, broad-mindedness and freedom of speech into just so much applesauce:

In talking with those who are deeply concerned about Reverend Keller’s visit to campus, I find that most share this commitment to academic freedom. Yet many regard the Kuyper prize as an affirmation of Reverend Keller’s belief that women and LGBTQ persons should not be ordained.

Accordingly, Barnes announced that the Kuyper award wouldn’t be given to Keller or to anyone else this year.

Writing for the American Conservative, Rod Dreher saw what is happening: “What was long considered to be Christian orthodoxy is now considered so offensive that a Mainline Protestant seminary cannot honor an accomplished pastor who professes [it].”

Christian Conservative faith Freedom LGBT Liberal Religion
This entry was posted on Friday, March 24th, 2017 at 5:47 am and is filed under Uncategorized. You can follow any responses to this entry through the RSS 2.0 feed. Both comments and pings are currently closed.
Many of the articles on Light from the Right first appeared on either The New American or the McAlvany Intelligence Advisor.