Fitch Ratings downgraded Saudi Arabia’s credit rating again on Wednesday, bringing it perilously close to “speculative,” from “investment grade.” It dropped the country’s long-term credit rating from A+ to AA-, but with a “stable” outlook, noting that the reduction was due to the country’s “continued deterioration of public and external balance sheets.”

Fitch sees what both Moody’s and Standard and Poor’s, the other two global credit rating agencies, see: declining oil prices hurting a country that once enjoyed the highest investment grade ratings thanks to high oil prices that not only paid for extravagant welfare programs and subsidies to its citizens but allowed it to accumulate three-quarters of a trillion dollars in foreign reserves — more than ample to ride out any conceivable storm. 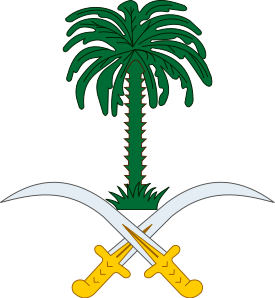 the world price of crude dropped from more than $120 a barrel to $27 a barrel in February 2016, touching off a series of moves the sheiks likely never imagined would be necessary: cutting welfare state benefits, raising taxes, reducing subsidies for its citizens, liquidating massive portions of its foreign currency reserves, and — horror of horrors! — going to the international debt markets to raise some $17.5 billion to help shore up its weakening balance sheet. Its annual deficit hit $100 billion in 2015 and, according to all three credit rating agencies, will continue at that level, if not higher, for the foreseeable future, possibly reaching 10 percent of the country’s gross economic output every year through 2020.

One thing became apparent to the sheiks running the show: There had to be significant diversification away from oil and gas in order for the country to survive and prosper. Hence, the birth of its Vision 2030, “an ambitious yet achievable blueprint,” according to its author, Mohammad bin Salman, chairman of the country’s Council of Economic and Development Affairs.

It’s based, he says, upon three “pillars”: their present status, their determination, and economic transformation.

is our status as the heart of the Arab and Islamic worlds. We recognize that Allah the Almighty has bestowed on our lands a gift more precious than oil. Our Kingdom is the Land of the Two Holy Mosques, the most sacred sites on earth, and the direction of the Kaaba [“the House of Allah”] to which more than a billion Muslims turn at prayer.

is our determination to become a global investment powerhouse. Our nation holds strong investment capabilities, which we will harness to stimulate our economy and diversify our revenues.

is transforming our unique strategic location into a global hub connecting three continents, Asia, Europe and Africa. Our geographic position between key global waterways, makes the Kingdom of Saudi Arabia an epicenter of trade and the gateway to the world.

All of that transforming is going to take money — billions of dollars — to wean the country away from energy and into such diversified offerings that the country becomes a magnet for global investors.

And that’s the problem: The kingdom has reluctantly decided to let go of a piece of its most prized economic possession — its Saudi Arabian Oil Company, better known as Saudi Aramco, or just Aramco. The leadership has finally decided to become transparent about just how large the company’s reserves are and, more importantly, just how profitable it really is. For years those numbers were deliberately opaque, and now they are slowly being revealed.

Many predict that the company is likely to be priced at around two trillion dollars, and hence the sale of between five and 10 percent of it would generate upwards of $200 billion, without diminishment of control of it as the primary funding source for the country into the future.

The only problem with that calculation is that Aramco may be worth far less than $2 trillion — perhaps as little as $400 billion, according to Wood MacKenzie, the global energy consultancy in Edinburgh, Scotland.

But the rating agencies know all of this, and more, and have watched as OPEC’s attempt to drive up the world price of crude oil through its production limitation agreement struck last November by the OPEC cartel utterly fail to accomplish its objective. As the cartel continues to unwind, and Saudi Arabia’s influence in it continues to fade, that $200 billion number continues to be questioned.

That’s part of the reason that Standard & Poor’s downgraded Saudi Arabia’s credit rating back in October 2015 and then again in February 2016, saying that “the decline in oil prices will have a marked and lasting impact on Saudi Arabia’s fiscal and economic indicators, given its high dependence on oil.”

Since those prognostications were made, Saudi Arabia embarked on an attempt to cut crude oil production through OPEC in order to raise oil prices. The agreement failed thanks to noncompliance and continued production gains by the fracking producers in the United States. In order to force prices higher, the Saudis did most of the heavy lifting by itself, cutting its own production by 800,000 barrels a day, and cutting its own throat in the process. Now the kingdom is in survival mode, cutting its exports to the United States to the lowest level seen in decades while concentrating on marketing its products to other countries such as France, Spain, and Italy. But cartel members are seeing their chance and are vying aggressively to wean those countries away from the Saudis, while Russia is cutting special deals with China, one of the kingdom’s best customers.

The heady days of Saudi Arabia’s dominance of the world oil markets are over, with it likely very shortly to suffer the final indignity: a further downgrade of its credit to “speculative,” otherwise known as “junk.”

American Cartel cutting Deficit Economy Energy Fracking global Islam Italy National Debt Oil Prices OPEC power War
This entry was posted on Thursday, March 23rd, 2017 at 5:44 am and is filed under Energy, Free Market. You can follow any responses to this entry through the RSS 2.0 feed. Both comments and pings are currently closed.
Many of the articles on Light from the Right first appeared on either The New American or the McAlvany Intelligence Advisor.