This article was published by The McAlvany Intelligence Advisor on Wednesday, March 8, 2017: 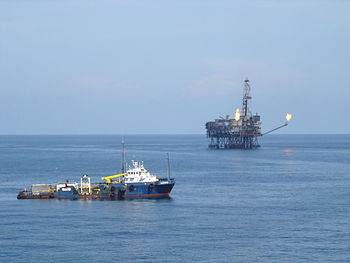 The IEA (International Energy Agency) really ought to stick to its knitting. This intragovernmental agency was set up following the oil shock in the mid-1970s, allegedly to inform various governments as to the status of world crude oil supplies. It was to serve as an information resource on statistics about the global crude oil and other energy markets. In addition, it required its 29 government-members to maintain 90 days’ crude oil supplies on hand to meet another crisis.

It stepped outside its core area of expertise by issuing its Oil 2017 forecast for the next five years, combining a mixture of opinion, crystal-ball gazing, wet-finger in the air experimenting, tea-leaf analysis, naval gazing, and outright guessing that concluded that the world will no longer have a crude oil surplus but a shortage instead by 2020.

And it’s a crisis! Exclaimed Dr. Fatih Birol, the outfit’s director since 2015:

[At the moment] we are witnessing the start of a second wave of US supply growth … but this is no time for complacency. We don’t see a peak in oil demand [globally] any time soon. And unless investments globally rebound sharply, a new period of price volatility looms on the horizon.

All dressed up to look like legitimate analysis, the report said that demand over the next three years will be so great that it will not only soak up the billions of barrels hanging over the market as excess supply, but will outstrip the US’s ability to keep up after that surplus has disappeared. That’s a lot to ask in three years.

What IEA is saying is that there’s a three-year bubble in the pipeline caused by massive retrenching by major oil producers in 2015 and 2016, which will limit new production just as demand increases around the year 2020. Globally, energy industry capital expenditures dropped by 25 percent in 2015 and another 26 percent in 2016. Even with expanded investments projected for 2017, it takes typically three years to move from commitment to discovery to production. Said the report: “If the record two-year investment slump of 2015 and 2016 is not reversed, supply growth may stall by 2020.”

It says that the real demand will be coming from China (whose economy continues to slow to single-digits), India, and other Asian countries, with only modest increases in demand for energy coming from the United States. It ignores the fact that idled oil rigs in the US are coming on stream, with rig counts nearly doubling in the last twelve months, from 489 to 756, and up by 132 just since OPEC signed its “agreement” to cut production last November.

It ignores the fact that US oil production has increased to more than 9 million barrels per day (bpd), and with the announced capex investments planned by Big Oil for the next several years, there is likely to be more than sufficient supply to meet any conceivable global demand.

IEA ignores what’s going on in Washington. Trump has announced repeatedly and in writing that his goal is to ramp up the American economy to 4 percent a year, creating 25 million jobs along the way. That is going to require massive amounts of energy to accomplish. It also ignores plans by Trump’s energy department to look at the CAFE standards to see if they might be relaxed.

It ignores the woeful lack of compliance by non-OPEC signatories to the November production cut agreement, estimated to be about half of what they solemnly agreed to. Those 11 non-OPEC members agreed to cut 558,000 barrels per day, but through last month have only cut their collective production by 270,000 barrels per day. And IEA forgets that that agreement expires at the end of May.

On the other hand, Fitch Ratings, has probably got it right, estimating that the recovery in US drilling activity “will drive up shale oil production in the second half of 2017,” keeping oil prices between $50 and $60 a barrel through 2019.

There are so many variables involved in making any kind of five year forecast, especially in the global oil markets, that the IEA’s outlook isn’t so much a forecast as a guess.

Fitch: Shale Recovery to Keep Oil Prices Under Pressure in 2017

Background on the IEA

bubble Economy Energy Jobs Oil Prices OPEC Statistics Surplus Washington
This entry was posted on Thursday, March 9th, 2017 at 6:33 am and is filed under Energy, Free Market. You can follow any responses to this entry through the RSS 2.0 feed. Both comments and pings are currently closed.
Many of the articles on Light from the Right first appeared on either The New American or the McAlvany Intelligence Advisor.