Who is Running OFA and the Indivisible Project, and Where?

This article was published by The McAlvany Intelligence Advisor on Monday, March 6, 2017: 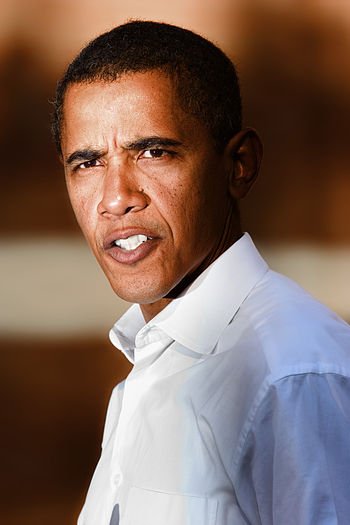 In the beginning OFA stood for Obama for America, a fundraising effort during Obama’s first presidential run in 2008. After his inauguration it changed its name to Organizing for America and was housed inside the Democratic National Committee, which essentially controlled it. Now that Obama is out of office it has changed its name once again, to Organizing for Action, and its actual physical location and control center is unknown. It’s driving an attempt that has never been tried before: to thwart the programs of the new administration through political action, usually non-violent but occasionally violent.

OFA (the latest version) trains leftist organizers in the radical street tactics taught by leftist Saul Alinsky in his Rules for Radicals (and dedicated, by the way, “to the very first radical … the first radical known to many who rebelled against the establishment and did it so effectively that he at least won his own kingdom – Lucifer”). As of November 2015, OFA had trained more than 10,000 organizers who, in turn, were training over 2 million youths.

It now is working in cahoots with a brand new radical group, the Indivisible Project, which also does its own training and offers an online guide to troublemaking: “A Practical Guide for Resisting The Trump Agenda.” They have more than 1,800 troublemakers signed up for a six-week training class that teaches “how to spark riots, get arrested to make a political statement, organize lynch mobs and voter fraud on a massive scale, intimidate and shake down corporations, blackmail lenders, race-bait public officials and businesses into submission, smear and terrorize your opponents, shield illegal aliens from law enforcement, lead squatters to invade foreclosed homes, encourage welfare fraud, and use tax dollars to promote cockamamie social-engineering schemes.”

OFA is getting funding from somewhere. NBC News just reported that it has hired 14 new “field operatives” and is making joint plans for a massive Tax March in Washington and another 60 cities on April 15.

Someone’s running the show from somewhere using money obtained from somewhere else. Leon Wagener thinks he knows, and his article in the British tabloid Daily Mail on March 1 spelled it out. According to an unnamed source who considers himself a “friend of Obama,” Wagener spliced together pieces and parts of an extended interview with him:

No longer the most powerful man in the world, [Obama] was just observing Trump and not liking what he saw. He was weary and burned out after eight years in office. But Valerie [Jarrett] convinced him that he didn’t have any choice if he wanted to save his legacy.

And, as usual, he bowed to Valerie’s political wisdom and advice.

The unnamed FOO – friend of Obama – expanded on the plan to push back against Trump:

There was never any doubt that Valerie would have a suite of rooms in the house that the Obamas are renting. Obama trusts her judgment more than any other person on the planet, as does Michelle.

Obama doesn’t make a decision without her.

Obama still has support and loyalty among a large part of the American electorate, an asset that Jarrett plans to put to good use, said the FOO:

[Obama] is going to use his immense popularity with the half of the country that identifies as liberals and progressives. Millions of Americans are energized and ready to take to the streets to oppose Trump, but they need to be organized and have their anger focused and directed….

Obama is dismayed at the way Trump is tearing down his legacy – ObamaCare, the social safety net, and the welcome mat for refugees he put in place.

This new effort was not part of Obama’s original plan, according to the source:

He had hoped to write his memoirs, golf to his heart’s content, and bask in the glory of his eight years in power and the progressive achievements he brought about.

Instead, he is going to be leading the fight and strategy to topple Trump.

Right-wing websites picked up the story without checking, confirming, or validating the source. The Daily Mail has a history of stretching the truth and it has gotten itself into trouble as a result. Melania Trump is suing the tabloid over a story it ran last year in which it “discussed” allegations that she had worked as an escort in the late 1990s. The Guardian, a much more highly regarded paper (which used to be called the Manchester Guardian), reported last month that the Wikipedia Foundation banned the Daily Mail for its “poor fact checking, sensationalism, and flat-out fabrication.” It added that volunteer editors on English Wikipedia concluded that the tabloid is “generally unreliable and its use as a reference is to be generally prohibited, especially when other more reliable sources exist.”

Two days after Wagener’s story was published, Snopes concluded that the story was highly dubious because it “cited nothing more than an unverifiable ‘source’ for all that it reported.”Snopes, itself suffering occasional credibility and political bias problems of its own, added:

The report played heavily on suspicions propagated by conspiracy theory web sites such as InfoWars that Barack Obama is directing an “army” of protesters from his home (a “shadow White House” located in the Kaloroma neighborhood of Washington, D.C.), dispatching minions to crowd demonstrations and town hall meetings ever since President Trump took office.

Snopes assured its readers that nothing so devious was underway, quoting a response the fact checking group got from Kevin Lewis, Obama’s post-presidency spokesman, who called the Daily Mail report “absurd,” devoid of facts, and then adding that Jarrett was neither moving in with the Obamas nor launching a political movement intended to oust President Trump from office.

This overlooked the fact that Paul Sperry, who served as a media fellow at the Hoover Institution and Washington Bureau Chief for Investor’s Business Daily and WorldNetDaily, wrote in the New York Post on February 11 that former president Obama did have “an army of agitators” numbering more than 30,000 who “will fight the Republican success at every turn … and Obama will command them from a bunker less than two miles from the White House.” Wrote Sperry:

He’s doing it through a network of leftist nonprofits led by Organizing for Action (OFA). Normally you’d expect an organization set up to support a politician and his agenda to close up shop after the candidate leaves office, but not Obama’s OFA. Rather, it’s gearing up for battle, with a growing war chest and more than 250 offices across the country….

OFA activists helped organize anti-Trump marches across U.S. cities, some of which turned into riots….

Obama will be overseeing it all from a shadow White House located within two miles of Trump. It features a mansion, which he’s fortifying with construction of a tall brick perimeter, and a nearby taxpayer-funded office with his own chief of staff and press secretary. Michelle Obama will also open an office there, along with the Obama Foundation.

Snopes nixed this report as false as well, depending upon feedback it got directly from OFA officials who affirmed that nothing untoward was afoot:

Organizing for Action officials told us that Obama does not currently have any formal relationship with the group. Meantime the Obamas have reportedly decided to stay in Washington D.C. temporarily to allow their youngest daughter to finish high school. They made no mention of remaining near the White House to act as a shadow administration.

Snopes did however suggest 1) that Obama might engage in some political activity in the future, and 1) that OFA was in fact actively engaged in anti-Trump activities:

The former president may well engage in civic activity or political activism in his post-presidential life, and the non-profit group that has been aligned with him for years is engaged in political opposition activity during the term of a president with vastly different policies.

Neither of these items is particularly surprising, but neither do they mean that President Obama is hunkered in Washington in a “shadow White House” from which he sends forth armies to thwart President Trump.

Massive sums, coming from somewhere, are being coordinated by people in charge operating somewhere else, to foment trouble and public disturbances elsewhere, all to promote the negation and ultimately resignation or impeachment of President Trump. It could be happening in a corner of Obama’s enormous rental home in Washington, D.C., or it might not. Readers will have to await confirmation about that. Not needing confirmation is the purpose, the funding, and the gathering momentum to oust Trump by OFA and its affiliates and partners, one way or another.

The Daily Mail: EXCLUSIVE: Barack Obama’s close confidante Valerie Jarrett has moved into his new DC home, which is now the nerve center for their plan to mastermind the insurgency against President Trump

Background on The Daily Mail

The New York Post: How Obama is scheming to sabotage Trump’s presidency

Snopes: Did Obama Aide Valerie Jarrett Move in with the Obamas to ‘Mastermind’ an Anti-Trump Insurgency?

Stephen Frasier: Examining the credibility of a popular hoax slayer

Snopes: Is Obama ‘Commanding’ an Army of 30,000 Anti-Trump Activists From His Home?   FALSE

Background on Organizing for America (OFA)

INDIVISIBLE: A PRACTICAL GUIDE FOR RESISTING THE TRUMP AGENDA

Background on The Guardian

Conspiracy credibility Establishment facts Impeachment Liberal media Obamacare power press progressive radical Saul Alinsky secret smear War
This entry was posted on Tuesday, March 7th, 2017 at 6:47 am and is filed under Crime, Politics. You can follow any responses to this entry through the RSS 2.0 feed. Both comments and pings are currently closed.
Many of the articles on Light from the Right first appeared on either The New American or the McAlvany Intelligence Advisor.