This article appeared online at TheNewAmerican.com on Tuesday, February 28, 2017: 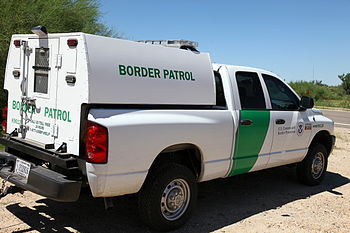 With the announcement by the Department of Homeland Security (DHS) on Tuesday that sites have already been selected to start building the wall across the country’s southern border came increased concerns about how it was going to be paid for. Said the DHS:

CBP [U.S. Customs and Border Protection] is taking immediate action in response to the president’s executive order. We have identified locations near El Paso, Texas, Tucson, Arizona, and El Centro, California, where we will build a wall in areas where the fence or old brittle landing-mat fencing are no longer effective.

The Border Patrol is also in the midst of an operational assessment, which will identify priority areas where CBP can build a wall or similar physical barrier on the border where it currently does not exist….

CBP has identified funding [sufficient] to begin immediate construction and is working with the Administration in these efforts.

The executive order “Border Security and Immigration Enforcement Improvements,” dated January 25, was equally vague about where the money would come from. The secretary of the DHS, John Kelly, was ordered to “identify and … allocate all sources of Federal funds” for the wall’s construction. Following the DHS announcement on Tuesday, White House Press Secretary Sean Spicer made passing reference to the question: “Right now, ICE and DHS in particular, as well as CBP, are looking at what this is going to cost.” That will be followed by “then figuring out how much can be handled through reallocation of resources and how much we can save maybe in other areas, but also work with Congress.”

Translation: The U.S. taxpayer will be paying for the wall, not Mexico, at least in the beginning, still leaving open the question of just where the balance of the estimated $20 billion construction costs will come from, exactly.

But according to John Cassara, all of this is way too complicated. Just ramp up efforts to enforce another executive order signed by the president on February 9, “Enforcing Federal Law with Respect to Transnational Criminal Organizations and Preventing International Trafficking”:

It shall be the policy of the executive branch to … strengthen enforcement of Federal Law in order to thwart … illicit activities … for example: the illegal concealment or transfer of proceeds derived from such illicit activities.

Cassara knows what he is talking about. Retired after 26 years in federal law enforcement, he is one of very few to have been both a clandestine operations officer in the U.S. intelligence community and a special agent for the Department of the Treasury. Wrote Cassara in the Washington Times:

Half a decade ago, a 2010 White House study pegged the rough number [for the drug trade] at $109 billion annually. Today, that number is doubtless higher.

Because of the crackdown and money laundering laws, cartels are moving between $18 billion and $39 billion of the proceeds of that drug trade in the form of bulk paper money. Wrote Cassara, “The process has gone industrial — which is exactly why it is the right avenue for recouping the money needed to build the wall.”

Just interdicting 10 percent of the lower estimate would, according to Cassara, generate $2 billion: “In ten years, [even] without increased efficiency, we would have the $20 billion needed to fund the wall — and likely take a bite out of drug trafficking, drug trafficker wealth, and domestic addiction in the process. That is what casual observers would call a win-win-win.”

Cartel CIA Department of Homeland Security Department of the Treasury Executive Order immigration Paper Money taxpayer
This entry was posted on Wednesday, March 1st, 2017 at 6:37 am and is filed under Crime, Politics. You can follow any responses to this entry through the RSS 2.0 feed. Both comments and pings are currently closed.
Many of the articles on Light from the Right first appeared on either The New American or the McAlvany Intelligence Advisor.