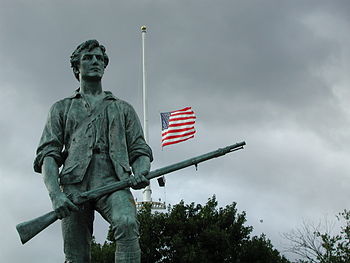 The majority’s reasoning in the February 21 Kolbe v. Hogan decision by the 4th Circuit Court of Appeals in Richmond, Virginia, was so far wide of the mark of reasonable jurisprudence that four of the 13 judges joined in a masterful dissent that could carry the case to the Supreme Court on appeal.

Traxler’s dissent should be required reading by any interested in how the Second Amendment should be defended against those willing to stretch existing case law and create new “tests” to support their opinions.

The court heard the case on appeal from a previous decision by three judges of the same court, ruling on Baltimore’s Firearm Safety Act (FSA) that it adopted in 2013. The FSA banned possession of 45 so-called assault rifles and detachable magazines containing more than 10 rounds. The previous decision, made February 4 of 2016, remanded the case back to the Maryland District Court, ordering that they apply “strict scrutiny” to their interpretation of how the FSA relates to the Second Amendment. This new decision vacated the previous decision.

As explained below, we are satisfied to affirm the district court’s judgment, in large part adopting the Opinion’s cogent reasoning as to why the FSA contravenes neither the Second Amendment nor the Fourteenth.

We diverge from the district court on one notable point: We conclude — contrary to the now vacated decision of our prior panel — that the banned assault weapons and large-capacity magazines are not protected by the Second Amendment. (emphasis added)

That is, we are convinced that the banned assault weapons and large-capacity magazines are among those arms that are “like” “M-16 rifles” — “weapons that are most useful in military service” — which the Heller Court singled out as being beyond the Second Amendment’s reach.

King is referring to District of Columbia v. Heller, decided 5-4 by the Supreme Court in 2008, stating that the Second Amendment guarantees an individual’s right to possess a firearm unconnected with service in a militia, and to use that arm for traditionally lawful purposes, such as self-defense within the home.

In the Heller decision, King noted, the court held that the Second Amendment is not an unlimited protection of rights. It does not guarantee “a right to keep and carry any weapon whatsoever in any manner whatsoever and for whatever purpose,” quoting from the decision.

That was good enough for King and his majority. FSA banned “assault” rifles and their magazines, and they consequently fell outside the protection of the Second Amendment. Case closed. Next.

Judge Traxler spent 28 pages of the 116-page ruling dissecting the majority’s opinion and providing plaintiff’s attorneys, including those representing the National Shooting Sports Foundation, with more than enough material to demand the case be heard on appeal by the Supreme Court. Wrote Traxler:

And, most importantly, the Government can tell you that you cannot use them to defend yourself and your family in your home. In concluding that the Second Amendment does not even apply, the majority has gone to greater lengths than any other court to eviscerate the constitutionally guaranteed right to keep and bear arms.

Traxler is just getting warmed up:

In addition, the majority holds that even if it is wrong when it says that the Second Amendment does not cover these commonplace rifles, Maryland can still lawfully forbid their purchase, even for self-defense in one’s home-the core Second Amendment right. My friends do not believe this ruling impairs the rights citizens have under the Constitution to any significant degree…. The majority says first that the Second Amendment does not even apply to modern semiautomatic rifles or magazines holding more than ten rounds. In doing so, the majority stands alone from all the other courts to have considered this issue.

Then he turns to the Heller decision for support for his dissent: “But the scope of the Second Amendment is broad with regard to the kinds of arms that fall within its protection, ‘extend[ing], prima facie, to all instruments that constitute bearable arms.’ District of Columbia v. Heller, 554 U.S. 570, 582 (2008)…. Simply put, if the firearm in question is commonly possessed for lawful purposes, it falls within the protection of the Second Amendment. See Heller, 554 U.S. at 627.”

Next he takes apart the majority for creating its own “test” for what constitutes an “assault weapon” and then finds that those weapons pass that test:

The Majority’s Balancing Test is contrary to Heller.

Rather than apply the Supreme Court’s common-use test to determine whether the Second Amendment applies to a particular type of weapon or magazine, the majority creates a heretofore unknown “test,” which is whether the firearm in question is “most useful in military service.”

Under this newly-birthed test, which seems to be a stand-alone inquiry, the Second Amendment does not apply if a court deems a weapon “most useful” in combat operations. And in the case before us today, the majority concludes that the Second Amendment does not apply at all because semiautomatic rifles, in the military opinion of the majority [sarcasm noted here], are more useful as military weapons than as weapons for individual self-defense, hunting and target or sport shooting.

Since Heller was decided in 2008, the Supreme Court hasn’t clarified its position on the loophole that King exploited in his majority opinion. Traxler has done a masterful job of providing that court with every reason to take Kolbe v. Hogan on appeal and put the matter to rest.

Since President Trump’s nominee to fill Judge Scalia’s seat, Judge Neil Gorsuch, won’t begin confirmation hearings until the middle of March, the timing for such an appeal appears to be propitious.

assault weapons Constitution rights Second Amendment Supreme Court
This entry was posted on Friday, February 24th, 2017 at 6:59 am and is filed under Second Amendment. You can follow any responses to this entry through the RSS 2.0 feed. Both comments and pings are currently closed.
Many of the articles on Light from the Right first appeared on either The New American or the McAlvany Intelligence Advisor.