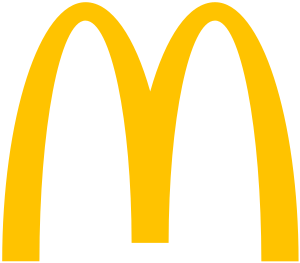 James Sherk, a Hillsdale graduate and now the Bradley Fellow at the Heritage Foundation, found that if a $15 minimum wage is enforced across the country, fast food prices will jump far more than initially thought. A 10-piece Chicken McNuggets, currently priced at $4.49, would jump to $6.20. A Starbucks Grande Mocha Frappuccino would increase from $4.56 to $6.29, while a 6-inch turkey sub at Subway would cost $5.87, up from $4.25. A Whopper Meal from Burger King would jump to $8.96 from $6.49.

That’s a 38-percent increase, far higher than many old-school economists have concluded, and it puts the lie to union claims that raising the minimum wage to $15 an hour would result in a transfer of wealth from rich business owners to low-paid workers. Sherk’s analysis concludes that there would be a transfer, but it wouldn’t be from the business owners: It would be from their customers.

First, those owners with a McDonald’s franchise aren’t rich and they’re not likely to become rich. Ed Rensi, who worked for McDonald’s for 30 years, ending up as the company’s CEO in 1991 and retiring in 2007, told Forbes:

In truth, nearly 90% of McDonald’s locations are independently-owned by franchisees who aren’t making “millions” in profit. Rather, they keep roughly six cents of each sales dollar after paying for food, staff costs, rent and other expenses.

Let’s do the math: a typical franchisee sells about $2.6 million worth of burgers, fries, shakes and Happy Meals each year, leaving them with $156,000 in profit.

If that franchisee has 15 part-time employees on staff earning minimum wage, a $15 hourly pay requirement eats up three quarters of [the owner’s] profitability … for some locations a $15 minimum wage wipes out their entire profit.

What that means is that the owner must either raise his prices or go out of business. Here’s where the math gets tricky, and where Sherk’s analysis helps: Higher prices result in fewer sales. Fewer sales means lower profits. Lower profits means prices have to be raised even higher. Those higher prices reduce sales still further. Finally, as the market adjusts to the federal mandate, at some point the owner is able to make enough profit to stay in business.

Sherk’s analysis concludes that that point is reached with prices almost 40 percent higher than they currently are.

Further, says Sherk, “minimum wage increases do little to redistribute wealth. Some low-income families benefit from higher wages [those who keep their jobs] but many more low-income families are hurt by higher prices.” This, he says, “complicates many minimum-wage advocates’ Robin Hood narrative. They often argue that raising starting wages redistributes income from wealthy business owners to poorer workers. But higher minimum wages actually transfer wealth from customers to workers. Many of those customers have low incomes … the poor obviously do not benefit [from a $15 minimum wage].”

The other side of the coin is a reduction in the number of employees that a franchisee or small service company owner can afford to hire. Sherk’s analysis, assuming the $15 minimum wage is mandated all across the country, concludes that “fast-food employment [would be reduced] by 36 percent.

That translates to a million workers laid off, thanks to the good intentions but bad economics of people such as former Senator Ted Kennedy, who called the minimum wage law “one of the best anti-poverty programs we have.” Or like Jared Bernstein, an economic advisor to former Vice President Joe Biden, who claimed that the minimum wage “raises the pay of low-wage workers without hurting their job prospects.”

Rensi, the former McDonald’s CEO, said in May:

I guarantee you if a $15 minimum wage [law is passed], you’re going to see a job loss like you can’t believe. It’s cheaper [for a franchisee] to buy a $35,000 robot than it is to hire an employee who’s inefficient making $15 an hour bagging French fries.

In November McDonald’s made it official: every one of its 14,000 stores nationwide will be replacing cashiers with automated touch-screen kiosks, and they naturally are starting in places where minimum wage laws are already in place: Florida; New York; San Francisco; Boston; Chicago; Washington, D.C.; and Seattle.

I can assure you that a $15 minimum wage won’t spell the end of [McDonald’s]. However, it will mean wiping out thousands of entry-level opportunities for people without many other options.

Employment Policies Institute found that high-school seniors with part-time work experience in places such as McDonald’s, Burger King, and Chick-fil-A earn 20 percent more per year on average, six to nine years after graduating, compared to their fellow students who didn’t have that experience. What that means is that, instead of improving everyone’s standard of living, allegedly at the expense of the “rich” business owners, minimum wage legislation will be condemning young people to lower-paid and less-successful futures.

A few will benefit. Most will not. The burden of a federally mandated minimum wage law will fall on precisely the people these do-gooder politicians claim they want to help. Fast-food prices will increase, employment will drop, fewer will eat out, and the robotics revolution will gain additional momentum.

Chick-fil-A Heritage Foundation Jobs legislation Minimum Wage politician profit Ted Kennedy wage
This entry was posted on Tuesday, February 21st, 2017 at 6:40 am and is filed under Economics, Politics. You can follow any responses to this entry through the RSS 2.0 feed. Both comments and pings are currently closed.
Many of the articles on Light from the Right first appeared on either The New American or the McAlvany Intelligence Advisor.