This article appeared online at TheNewAmerican.com on Thursday, February 16, 2017: 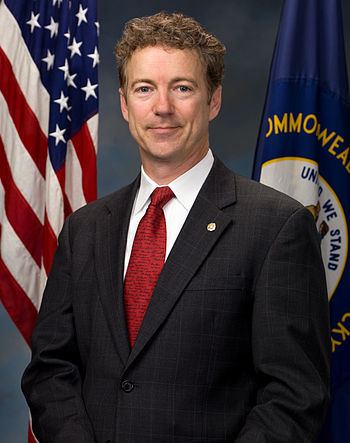 Senator Rand Paul (R-Ky.) and Representative Mark Sanford (R-S.C.) introduced their ObamaCare Replacement Act (ORA) on Wednesday. It would simultaneously repeal nearly all of ObamaCare’s most onerous demands and mandates while opening up the health-insurance market to individuals to purchase, or not to purchase, coverage. The bill, S.222, might more appropriately be named the “Health Insurance Freedom to Purchase Act,” putting the decision to buy, or not to buy, coverage back in the hands of individual citizens and taking it out of the hands of the federal government.

Senator Paul said, “This is a big, big day for conservative Republicans. We owe this to the conservatives around the country who elected us to repeal, to completely repeal, ObamaCare. But I think if you’re going to repeal something, you should replace it.”

Whether that is so is open to debate. Some would say it would be better just to repeal ObamaCare and let the free market sort things out afterwards. Nevertheless, the ORA puts the decision to purchase health insurance coverage back in the hands of the people paying for it, allowing them the freedom not to purchase coverage if they don’t want to. The ObamaCare mandate requiring people to either purchase health insurance or pay a penalty would disappear. It would allow those citizens choosing to buy health coverage to choose whatever plan they want. Insurance companies will be allowed to offer coverages across state lines, and expand their offerings without federal interference or demands that certain expenses be covered even when unwarranted or unnecessary.

Rather than punishing those who decided under ObamaCare not to buy coverage with IRS penalties, ORA offers incentives instead. Individuals may set up their own Health Savings Accounts (HSAs) to pay for future medical and health expenses. Any amounts may be added to those accounts, and those funds may be invested without incurring taxes on any earnings. And a tax credit of up to $5,000 per person putting away funds into an HSA is allowed. Those without insurance through their employer but wanting to buy coverage will be able to join voluntary associations for the sole purpose of buying insurance, taking advantage of better coverage at lower rates.

Funds invested in HSAs may be used to buy health insurance, pay for prescriptions and over-the-counter drugs along with dietary supplements, and pay for physical exercise regimens offered by personal trainers and workout centers and facilities. And, of course, those funds may be used to cover any deductibles in the coverages they decide to purchase. HSA funds may also be used by those already covered under the VA, Medicare, Tricare, IHS (Indian Health Service), or healthcare sharing ministries.

In other words, HSAs under the new law will be tax-deferred savings accounts, with tax credits added in as a bonus to encourage people to set them up.

Included in the ORA are provisions allowing states more freedom to modify Medicaid coverages without federal government interference. And it provides a two-year “window” open-enrollment period under which individuals with pre-existing conditions can purchase coverage.

The ORA is a “consensus” bill combining the elements of at least four plans being offered to replace ObamaCare. While there are still some issues to be ironed out, especially regarding Medicaid and the size of the tax credit, the bill in final form could arrive on President Trump’s desk by the end of March.

The ORA is also a political move by the House Freedom Caucus, which supports it unanimously. The 40-member caucus is using this as a lever to move ObamaCare’s repeal along more rapidly. That caucus voted on Monday night to repeal the bill passed by both houses in 2015 undoing ObamaCare, putting in its place the ORA.

If it becomes law, the ORA will put responsibility for one’s health care back where it belongs: the taxpayers who are making the decisions on how they want to spend the money they earn. That freedom, under the ORA, would include the freedom not to buy health insurance if one decides not to. That is the paradigm shift toward freedom and away from government mandates contained in the bill offered by Senator Paul and Representative Sanford.

Federal Government Free Market Freedom Health Care incentive Insurance mandates Medicare Obamacare penalties Rand Paul savings taxpayer
This entry was posted on Friday, February 17th, 2017 at 6:47 am and is filed under Free Market, Politics. You can follow any responses to this entry through the RSS 2.0 feed. Both comments and pings are currently closed.
Many of the articles on Light from the Right first appeared on either The New American or the McAlvany Intelligence Advisor.