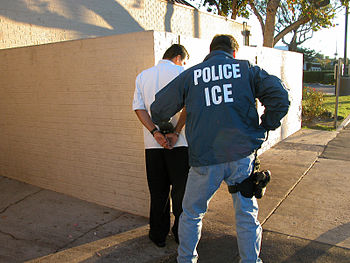 In response to President Donald Trump’s executive order issued on January 25 — “Enhancing Public Safety in the Interior of the United States” — a number of cities that formerly considered themselves as “sanctuary cities” for illegal immigrants are reversing their policies. The first to do so was Miami-Dade County in Florida the day after Trump issued his order.

Marguerite Telford, director of communications for the Center for Immigration Studies (CIS), said that her group is “being inundated” with calls from officials of other cities asking that CIS remove their names from the group’s listing of sanctuary cities.

States with GOP majorities are also joining the exit, including Idaho, Texas, Iowa, Michigan, Ohio, Tennessee, Florida, North Carolina, and Pennsylvania. There’s even a break in the Democratic wall in California, where more than 35 cities remain proudly defiant of Trump’s executive order. That break is from a lonely Republican from San Diego County, Representative Duncan Hunter, who said he would work to block any requests for federal funds coming from these cities: “The submission of a federal funding request [from] sanctuaries is irresponsible and rewards disregard for the law — and I can’t support that.”

That is the third step outlined in Trump’s executive order designed to entice sanctuary cities to reconsider their positions. The first is the publishing of the “name and shame” list by the Department of Homeland Security (DHS) of all criminal actions committed by illegals in those sanctuary jurisdictions. The second is bringing “appropriate enforcement action” by the attorney general “against any entity that violates [federal information-sharing statutes] or which has in effect a statute, policy or practice that prevents or hinders the enforcement of Federal law.”

For those remaining defiant, Trump’s order ensures “that jurisdictions that fail to comply … do not receive Federal funds.”

The state of Texas is one of the most pro-active states in the war against illegal immigration. On Wednesday, February 8, a bill that withholds state dollars from sanctuary cities in the state passed the Texas Senate and is headed to the House for approval. If passed and enacted into law, Senate Bill 4 would require city, county, and college campus law enforcement “to hold an arrested person in custody while [ICE] looks into his or her immigration status” and to deny state grant funding if they fail to do so.

Texas Governor Greg Abbot supports the bill, stating, “Elected officials do not get to pick and choose which laws they will obey. Today’s action in the Senate helps ensure that Sheriffs and officials across Texas comply with federal immigration laws and honor Immigration and Customs Enforcement detainer requests that keep dangerous criminals off of our streets.”

As The New American noted last week, big cities run by Democrats aren’t going along with Trump’s executive order, despite the threat of losing billions in federal funds. Said New York City Mayor Bill de Blasio: “If an attempt is made [to shut off those funds], we will go to court immediately for an injunction to stop it.” Chicago Mayor Rahm Emanuel said, “We’re going to stay a sanctuary city. Wherever you came from, you’re welcome here.” Boston Mayor Mary Walsh stated, “We will not be intimidated by the threat to federal funding,” nor would San Francisco’s Mayor Ed Murray: “We will not be intimidated by the authoritarian message coming from this administration.”

The initial skirmishes in the war against illegal immigration are going in Trump’s direction. However, the big battles are ahead.

Boston Democrat Department of Homeland Security Donald Trump Executive Order Illegal Immigration immigration Kansas law response Texas the law threat
This entry was posted on Tuesday, February 14th, 2017 at 7:10 am and is filed under Constitution, Politics. You can follow any responses to this entry through the RSS 2.0 feed. Both comments and pings are currently closed.
Many of the articles on Light from the Right first appeared on either The New American or the McAlvany Intelligence Advisor.