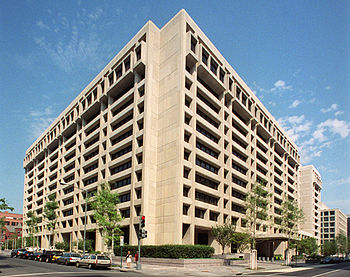 However, the IMF said Greece’s economy is expected to grow by 2.7 percent in 2017. An unnamed European Union official who spoke to Bloomberg on the condition of anonymity said that the IMF’s projections aren’t based on reality and don’t take into account what really happening in Greece.

That’s critical because Germany and the IMF would partner in any new loan granted to Greece (in addition to the $92 billion it’s already receiving from other EU countries), and German Chancellor Angela Merkel is up for reelection in March. She is under pressure from citizens already unhappy about the $100 million in bad debt Germany has had to write off for Greece, and, worse, an increasing populist resentment that Germany is helping Greece out of its own self-inflicted financial difficulties.

The Greek drama is familiar: The IMF says its debt is too high, and it is. Eurozone creditors, already in hock to the member, won’t lend more, leaving the country’s financial salvation to the mercies of Germany and the IMF. In order to get more money (which will be used to make that July payment), Greece will likely have to suffer additional austerity measures. But the Greek economy has been steadily shrinking ever since its financial problems were first made public back in 2009. It national debt is nearly twice the country’s total economic output, and growing. Its interest payments are taking an increasing percentage of the government’s shrinking revenues. Unemployment remains at 25 percent, and tax evasion continues apace.

Moody’s said in December that if there is no agreement on another bailout by the IMF and Germany, it “increases the risks that repayments to bondholders due in July 2017 may be missed.”

This comes at a critical moment in the history of the EU. Aside from the challenge Merkel is facing from disaffected citizens over continued bailouts of a country considered to be weak, corrupt, and politically unable to manage its affairs properly, the pall of Brexit hangs over the agglomeration. Add to that the fact that the United States is a major funder of the IMF (and has a say in the matter), and fears that President Donald Trump may pull the plug are increasing. In October 2012, Trump tweeted: “Greece should get out of the euro & go back to their own currency — they are just wasting time.” Now that Trump is president, Greece and its bailors are wasting not only time but American taxpayer monies as well.

By July, if not earlier, Americans will know whether Greece gets another bailout, or defaults again. They will also have a much clearer picture of the future of the European Union itself. It’s possible, and perhaps even likely, that the tiny country of Greece (population, 11 million) could be the final straw that breaks the back of the European Union (population 540 million), and accelerates its unwinding.

Austerity Bailouts Central Bank Donald Trump Economy European Union Eurozone Germany Greece IMF National Debt reality taxpayer threat
This entry was posted on Friday, February 10th, 2017 at 6:42 am and is filed under Economics, Politics. You can follow any responses to this entry through the RSS 2.0 feed. Both comments and pings are currently closed.
Many of the articles on Light from the Right first appeared on either The New American or the McAlvany Intelligence Advisor.