This article appeared online at TheNewAmerican.com on Tuesday, February 7, 2017: 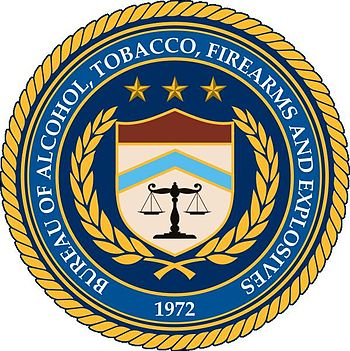 Ronald Turk, the associate deputy director (chief operating officer) of the Bureau of Alcohol, Tobacco, Firearms and Explosives (ATF), created an internal 11-page document intended for “eyes only” at the bureau: “Options to Reduce or Modify Firearms Regulations,” dated January 20, 2017. The Washington Post obtained a copy and was astonished at its contents:

The second-highest-ranking official at the [ATF] has written a proposal to reduce gun regulations, including examining a possible end to the ban on importing assault weapons into the United States.

Rather than editorialize about the “white paper” that flew in the face of its notorious anti-gun, anti-Second Amendment agenda, the Post instead allowed others to speak for it. One was Chelsea Parsons of the Center for American Progress, now chaired by John Podesta, the former chief of staff for Hillary Clinton:

This white paper offers a disturbing series of giveaways to the gun industry that would weaken regulatory oversight of the gun industry without adequate consideration of the impact on public safety….

This paper seems to prioritize reducing perceived burdens on the gun industry over an interest in protecting public safety.

A careful study of the paper, however, reveals a refreshing view of the new reality extant in Washington and reflected by the resurgence of interest in and support of the Second Amendment. One might almost suggest the ATF is “pandering” to the administration in order to save itself from the knife of additional cuts to its budget or its dismantling altogether.

There is a surprise on nearly every page. Turk says, “This paper serves to provide the new Administration and the Bureau with multiple options to consider and discuss regarding firearms regulations specific to the ATF.… It is intended to provide ideas and provoke conversation.”

Early on Turk admits the ATF’s noisy failure of its attempt to regulate so-called armor-piercing ammunition in 2014. “The controversy,” wrote Turk, “ultimately stalled all AP ammo classification decisions.” He admitted that “the projectiles involved are not associated with criminal use, but instead are clearly designed and intended for hunting and sporting purposes.” It would therefore be in the bureau’s best interests to “leave the 5.56 ‘green tip’ AP ammo exemption intact.”

Regarding the ban, imposed during the George H. W. Bush administration, on re-importing American-made guns that are deemed assault weapons, Turk wrote, “There is no clear public safety reason why taxpayer-funded US-origin … defense articles should be denied re-importation to the American public … [as] these items do not represent any discernible public safety concern.” He added that a “joint effort from the [Trump] administration, State Department, and ATF could easily reverse past decisions and allow for the safe and legal importation and sale of these historical and collectible items … the more recent denials [by the ATF] were in part due to perceived potential that they may be used in crimes, for which there is little, if any, evidence for such a concern.”

Turk made a case for removing silencers from the restrictions imposed on them by the 1934 National Firearms Act (NFA): “The reason for their inclusion in the NFA is archaic and historical reluctance [by the ATF] to removing them from the NFA should be reevaluated.” He added: “Silencers are very rarely used in criminal shootings. Given the lack of criminality associated with silencers, it is reasonable to conclude that they should not be viewed as a threat to public safety necessitating NFA classification.”

Perhaps not coincidentally there is a bill pending in Congress — the Hearing Protection Act of 2017 — along with similar bills pending in four states that would legalize gun suppressors.

He concluded his listing of suggestions on how burdens on firearm ownership may be lifted by referring to the new conversation taking place in Washington and across the country:

As the firearms conversations take place over the next few months and years, this paper is offered to provide informal insight on potential productive ways to limit [firearms] regulation and continue to protect our Second Amendment freedoms, while focusing on ATF’s mission to protect our nation.

Although it is just one man’s opinion, that man happens to be the No. 2 man at the ATF. Although his ideas are just suggestions, meant to serve as internal fodder for discussions over firearms regulations and their possible modification or elimination, they also smack of cozying up to the new administration. It would seem as though Turk knew that his White Paper, not meant for public distribution, would ultimately and inevitably be made public. It sounds as if he is offering an olive branch in advance of any conversation emanating from the White House or the new Congress that might eliminate the ATF altogether, moving its responsibilities to other agencies.

Call it an anticipatory move, but a welcome one that reflects the new reality by an old enemy in the long war against firearms.

ammunition assault weapons Crime firearms Freedom guns purpose reality Regulations Second Amendment War Washington
This entry was posted on Wednesday, February 8th, 2017 at 6:14 am and is filed under Politics, Second Amendment. You can follow any responses to this entry through the RSS 2.0 feed. Both comments and pings are currently closed.
Many of the articles on Light from the Right first appeared on either The New American or the McAlvany Intelligence Advisor.