This article appeared online at TheNewAmerican.com on Sunday, February 5, 2017: 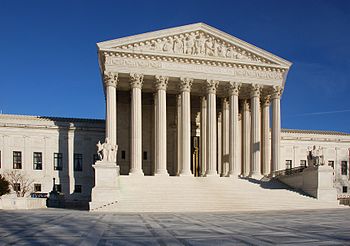 The firestorm that erupted following President Donald Trump’s executive order on immigration and refugees issued on January 27 has resulted in more than 50 lawsuits being filed against it. One of them, filed by the state of Washington and then joined by the state of Minnesota, resulted Friday in a temporary restraining order that halted nationwide Trump’s travel ban preventing nationals of seven foreign countries and refugees from entering the United States. The order, issued Friday by U.S. District Court Judge James Robart in Seattle, set off a flurry of tweets from the president deriding the ruling and a White House promise that Robart’s order would immediately be appealed.

The Trump administration filed an emergency motion Saturday night asking that Judge Robart’s temporary restraining order be stayed, allowing the administration to enforce the travel ban while the judge’s decision is being appealed. On Sunday morning,  the San Francisco-based 9th Circuit Court of Appeals said it would not stay Robart’s order immediately, but would consider the administration’s request after receiving more briefs from both parties. The administration was asked to file a second brief by 3:00 p.m. Monday.

Tweets from the president came fast and furious. His first tweet on Saturday, posted at 4:59 a.m., stated: “When a country is no longer able to say who can, and who cannot, come in & out, especially for reasons of safety &.security – big trouble!” As the day unfolded, his other tweets included:

Although Judge Robart’s decision was made by a district court covering just Washington state, he made it apply nationally, explaining that “a partial implementation would undermine the constitutional imperative of a uniform Rule of Naturalization, and Congress’ instruction that the immigration laws of the United States should be enforced vigorously and uniformly.”

Professor Carl Tobias, an expert on federal courts at the University of Richmond School of Law, said Robart’s ruling was “extraordinary” but legal: “It’s an extraordinary type of measure, but is perfectly within the power of a district judge.”

It’s possible that Robart was given the case because appeals from his bench go to the 9th Circuit Court of Appeals. This is an activist-liberal court that has distinguished itself as having the highest number of reversals by the U.S. Supreme Court of any of the other 13 circuit courts. As Carol Williams, a staff writer for the Los Angeles Times, noted in reviewing the 9th Circuit’s record in July 2011: “It was another bruising year for the liberal judges of the U.S. 9th Circuit Court of Appeals as the Supreme Court overturned the majority of their decisions, at times sharply criticizing their legal reasoning.”

The issuance of nationwide decisions by federal courts for only parts of the country has been criticized by legal scholars, since this approach can encourage “judge-shopping.” The Wall Street Journal quoted Adam Winkler, a law professor at UCLA, saying: “The idea is that you pick a judge who’s friendly, go to court, and stop a big government program before there’s been a trial, or before the judge even has an evidentiary record.”

In Judge Robart’s case, he heard arguments defending Trump’s executive order prior to issuing his temporary restraining order. Attorney Noel Franciso, acting as Solicitor General for the administration, said, “The power to expel or exclude aliens is a fundamental sovereign attribute, delegated by Congress to the executive branch of government and largely immune from judicial control.” He added that Congress “vests complete discretion in the President” to impose conditions on alien entry and that Trump’s ban was designed to “ensure that those approved for admission do not intend to harm Americans and that they have no ties to terrorism.”

Robart took exception to the part of Trump’s executive order that said, “Numerous foreign-born individuals have been convicted or implicated in terrorism-related crimes since September 11, 2001, including foreign nationals who entered the United States after receiving visitor, student, or employment visas, or who entered through the United States’ refugee resettlement program.” He asked Department of Justice attorney Michelle Bennett: “How many arrests have there been of foreign nationals from those seven countries since 9/11?” She waffled, saying “I don’t know the specific details of attacks or planned attacks.” To which Robart responded: “The answer to that is none. You’re here arguing we have to protect [the country] from these individuals from these countries, and there’s no support for that.”

Of course, the judge’s claim that “there’s no support for that” did not make sense. After all, the seven countries in question — Iran, Iraq, Libya, Somalia, Sudan, Syria, and Yemen — are all hotbeds of terrorism, and the new arrivals from those countries were not being properly vetted. In fact, little mentioned in the debate regarding Trump’s executive order is that the travel ban on nationals was intended to be temporary (90 days in the case of six of the countries) to allow time for the vetting process to be fixed. Also, it is hard to believe that Judge Robart could have been accurate when he asserted that not a single crime has been committed by any foreign national of any of the seven countries for more than 15 years. Really? If that were truly the case, perhaps one way of reducing the overall crime rate in the United States would be to import every single national of all seven countries to our shores. Perhaps if Bennett had been better prepared, she could have pointed to examples the judge was unaware of.

However, certainly the judge must be aware that terrorist acts have been committed in the United States since 2001, and that the perpetrators are often Islamic and are often foreign born (consider, for just one example, the Boston Marathon bombing.) In fact, in the case of 9/11, all 19 hijackers were from other countries (15 from Saudi Arabia).  Of course, Trump’s executive order did not apply a religious litmus test. It is true that the seven countries in question are Muslim-majority countries, but all of these countries are engulfed in terrorism, and other Muslim-majority countries were not included in Trump’s order.

On Monday afternoon attorneys on both sides will be presenting their cases again before the 9th Circuit Court determines whether to stay Judge Robart’s temporary restraining order and allow the administration to reinstitute its travel ban. Said Vice-President Mike Pence on ABC’s This Week on Saturday: “We’ll go through the process … so that we can implement this action that is entirely focused on the safety and security of the American people.”

Regardless of what the 9th Circuit Court of Appeals decides, it is likely that the loser will appeal to the U.S. Supreme Court. The immediate issue is whether the administration will be able to enforce Trump’s executive order while the order is still being challenged in the federal judiciary. The broader issue is constitutionality and the separation of powers: Did President Trump exceed his constitutional authority by issuing the executive order? Or did he exercise his powers properly, based on the laws of the United States and his responsibility to faithfully execute those laws?

attacks Boston Constitution Crime Department of Justice Donald Trump Executive Order immigration Islam justice Liberal Mike Pence Separation of Powers Supreme Court Terrorism the law
This entry was posted on Monday, February 6th, 2017 at 7:08 am and is filed under Constitution, Politics. You can follow any responses to this entry through the RSS 2.0 feed. Both comments and pings are currently closed.
Many of the articles on Light from the Right first appeared on either The New American or the McAlvany Intelligence Advisor.