This article was published by The McAlvany Intelligence Advisor on Wednesday, February 1, 2017: 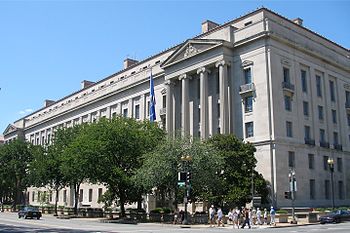 The first sign of trouble at the Department of Justice occurred at about 9 am on Monday when acting Attorney General Sally Yates ordered her staff not to defend Trump’s immigration order. In an email to her staff, Yates opined:

She also took exception to the Trump administration’s claim that her own department’s Office of Legal Counsel had adequately cleared the order beforehand, ruling that his order was “lawful on its face”:

[That ruling] does not address whether any policy choice embodied in an executive order is wise or just….

I am responsible for ensuring that the positions we take in court remain consistent with this institution’s solemn obligation to always seek justice and stand for what is right.

And then, sealing her fate, Yates concluded:

For as long as I am the acting Attorney General, the Department of Justice will not present arguments in defense of th[is] executive order, unless and until I become convinced that it is appropriate to do so.

A full twelve hours later Trump pulled her plug, having a letter hand-delivered to her office removing her from her position and issuing a statement from the White House:

[Yates is] weak on borders and very weak on immigration. It is time to get serious about protecting our country. Calling for tougher vetting for individuals traveling from seven dangerous places is not extreme. It is reasonable and necessary to protect our country.

Trump asked a 30-year veteran, Dana Boente to take the reins from Yates, which he was glad to do. Said Boente: “At approximately 9 p.m., I was asked by the president to serve in the capacity of acting attorney general. After having dedicated the last 33 years of my life to this department, I am humbled and incredibly honored to serve as acting attorney general.”

I hereby rescind former acting attorney general Sally Q. Yates’ January 30, 2017 guidance, and direct the men and women of the Department of Justice to do our sworn duty and to defend the lawful orders of our president.

Trump’s EO, “Protecting the Nation from Foreign Terrorist Entry into the United States,” issued on Friday, generated almost instant resistance. There was confusion at many international airports until the White House clarified who was affected by the order, Republican insiders like John McCain, Mitch McConnell, and Lindsay Graham complained about it, and protesters got headlines from the anti-Trump media. CEOs from Ford, Amazon and even Goldman Sachs expressed dismay, with GS Chairman Lloyd Blankfein referring to his company’s list of business principles and saying that “Now is a fitting time [for Trump] to reflect on those words and the principles that underlie them.”

The most hysterically humorous bit of hypocrisy issued from California’s Democrat Senator Nancy Pelosi: Yates was “fired for upholding the Constitution of the United States,” said Pelosi, adding “What the Trump administration calls betrayal is an American with the courage to say that the law and the Constitution come first.” Is this the same Nancy Pelosi who couldn’t tell the difference between the Constitution and the Declaration of Independence? Speaking before an event sponsored by the Center for American Progress on September 13, 2013, Pelosi intoned: “… to paraphrase what our founders said in the Constitution of the United States: they said the truths that are self-evident, that every man and woman – that men and women were created equal and that we must forward in recognition of that.”

This is a rough paraphrase of what Thomas Jefferson wrote in the Declaration of Independence. At the time the Constitution was being debated in Philadelphia Jefferson was out of the country.

But of course Pelosi knew that.

Trump responded on his Facebook page late Sunday night to all the phony brouhaha: the “seven countries named in the Executive Order are the same countries previously identified by the Obama administration as sources of terror. To be clear, this is not a Muslim ban, as the media is falsely reporting. This is not about religion – this is about terror and keeping our country safe.”

Trump’s main mistake was in trying to be a nice guy, offering Yates the opportunity to stand in for Loretta Lynch until Jeff Sessions is confirmed as AG by the Senate. When she turned on him, he did the right thing by firing her. It just took him too long to do it.

Constitution Declaration of Independence Democrat Department of Justice Donald Trump Executive Order Goldman Sachs Hypocrisy immigration John McCain Mitch McConnell Nancy Pelosi Obama politics the law
This entry was posted on Thursday, February 2nd, 2017 at 6:30 am and is filed under Politics. You can follow any responses to this entry through the RSS 2.0 feed. Both comments and pings are currently closed.
Many of the articles on Light from the Right first appeared on either The New American or the McAlvany Intelligence Advisor.