Trump’s Regulatory Executive Order: One In, Two Out

This article appeared online at TheNewAmerican.com on Monday, January 30, 2017: 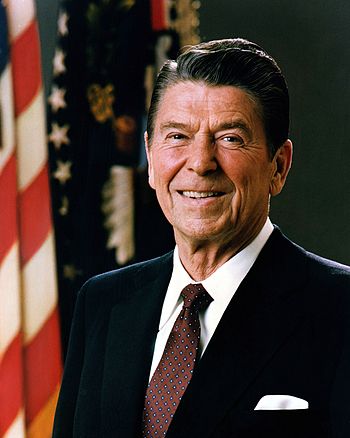 White House officials described President Donald Trump’s Executive Order for “Reducing Government Regulations and Controlling Regulatory Cost” as Trump’s “one in, two out” plan: For every regulation promulgated by a federal agency, that agency must “identify” two existing regulations to be targeted for extinction.

The order also sets a cap of $0 for the cost of new regulations, with the only exceptions being military and national security regulations. The president said when signing the order, “This will be the biggest such act that our country has ever seen. There will be regulation, there will be control, but it will be normalized control.”

Budget hawk Mick Mulvaney, head of the Office of Management and Budget, will be the final arbiter over which regulations go into effect and which ones will be repealed or abolished.

The purpose of the new executive order is “to be prudent and financially responsible in the expenditure of funds, from both public and private sources.” Public funds (i.e., tax revenues) will be handled through Congress’ budgeting process, while “private funds” (i.e., those costs borne by private companies and industries saddled with compliance) will be “required to comply with [the new] Federal regulations.” To that end, “for every new regulation issued, at least two prior regulations be identified for elimination.”

Trump’s EO is five pages long. President Ronald Reagan’s 1981 executive order “reducing the burdens of existing and future regulations,” on the other hand, was twice as long and did little to shrink the size, cost, or reach of the federal government. Reagan’s approach was to use both the Office of Management and Budget, headed by David Stockman, and his “Presidential Task Force on Regulatory Relief” as curbs to excessive regulation.

Reagan’s approach was different from Trump’s in significant ways. As Reagan stated in his executive order:

Reagan required that every major rule — $100 million in impact or greater — would be subject to a Regulatory Impact Analysis, which allegedly would give Stockman more information about its impact before his decision whether or not to approve it.

In 2009, Ray Harvey, a follower of Ludwig von Mises and a freelance writer, looked at just how effective Reagan’s executive order was in cutting government. Although Harvey focused on government growth in general under Reagan rather than specifically on the growth of the regulatory state, his conclusions were discouraging:

Statistically speaking, the size of bureaucracy, in terms of sheer civilian manpower, increased dramatically under Reagan, so that by the time he was finished, there were well over 200,000 more government workers than in 1980, when he took office.

Government spending had increased to 28.7 percent of the national income … even higher that Jimmy Carter’s outrageous numbers;

During the Reagan era, federal entitlements alone rose from $197 billion to $477 billion;

He … placed a five-cent-per-gallon tax on gas;

He hiked up taxes on the trucking industry;

Reagan increased regulation of the auto industry by not opposing that monstrous thing known as the Corporate Average Fuel Economy (CAFE).

Reagan promised that he would abolish both the Department of Energy and the Department of Education but he did neither. In fact, those agencies’ budgets “more than doubled under Reagan,” according to Harvey. Harvey left out the fact that, after four and a half years, Stockman resigned over Reagan’s failure to abolish those departments and his inability to rein in out-of-control government spending.

It may be that Trump’s approach to cutting the regulatory state is different enough from Reagan’s to have some success. But history isn’t comforting.

Auto Industry consequences cutting Department of Energy Donald Trump Economy Entitlements EPA Executive Order Federal Government growth Jimmy Carter Ludwig von Mises Medicare Military Regulations Ronald Reagan Social Security Spending Taxes
This entry was posted on Monday, January 30th, 2017 at 5:21 pm and is filed under Economics, Politics. You can follow any responses to this entry through the RSS 2.0 feed. Both comments and pings are currently closed.
Many of the articles on Light from the Right first appeared on either The New American or the McAlvany Intelligence Advisor.