This article was published by The McAlvany Intelligence Advisor on Wednesday, January 25, 2017: 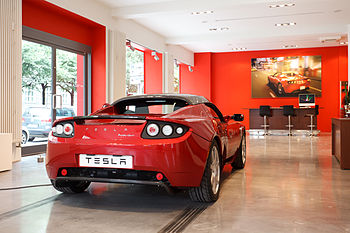 An unfettered free market has but one goal in mind: to serve a customer – the guy with the money in his pocket – better. It’s driven by the profit-motive: better service means more customers bringing more money to the improviser who has figured out how to do it profitably. Adam Smith said it much more elegantly:

Every individual necessarily labors to render the annual revenue of the society as great as he can….

He intends only his own gain, and he is in this, as in many other cases, led by an invisible hand to promote an end which was no part of his intention….

By pursuing his own interests, he frequently promotes that of the society more effectually than when he really intends to promote it. I have never known much good done by those who affected to trade for the public good.

What that means is that old ways of doing things are inevitably replaced by new and better ways. On Monday, Ford Motor Company announced that, in conjunction with a software company, AutoFi, it is going to allow customers to buy a Ford or a Lincoln automobile online. The only interaction customers will have with the dealership, once the transaction is complete, is to stop by to sign some papers and get the keys. No salesman jumping out of his seat in anticipation of a possible sale. No three-to-five-hour-long sales pitch. No manipulation: “Let me see if I can get this past the Sales Manager.” No “Step into the Closing Room, please.” No upselling. No “pricing the prospect rather than the product,” as Ian Wittig noted in his DrivingSales.com blog.

The software will seamlessly allow a customer to peruse all of the company’s offerings, options, accessories, colors, along with a final, no-haggle price as delivered. If financing is needed, it will be available through the website as well, offering options, terms, interest rates, and so on.

The same day as the Ford announcement, Walmart said it would begin selling cars in 25 of its Supercenters, starting in April. Its software is even more elegant, plugging the buyer into AutoNation, the largest car dealer in the country (last year it sold 3.5 million vehicles), and into Ally for financing. Calling the program CarSaver, Walmart expects to do at least as well as Costco has been doing over the past several years: 1,000 cars per store every year. With 3,500 Supercenters, expectations are high not only for AutoNation but for Ally as well. Said Ally’s president of finance, Tim Russi:

We’re all collectively trying to find a better customer experience. CarSaver is really taking a lead in trying to create that through [this] buying program to try to provide comfort, transparency [and] fairness to the consumer. With the reach that Walmart has, this could be a very large-scale buying program.

For the moment, the dealers are happy with the coming new protocol: they get a referral that turns into a sale about 80 percent of the time, and they move another car out of their vast inventory quickly, keeping floorplanning costs in line.

Those dealers aren’t quite so happy with Tesla, however, which is threatening their very existence. Tesla sells its cars directly online or through its own branded stores, rather like Apple. One can visit one of Tesla’s “galleries,” look over various models, take the time to learn about how electric vehicles work, where to charge them, how much insurance costs are affected, how to obtain the minimal service that is needed, and so on.

In Virginia, Tesla is viewed as a threat despite having but a single “gallery” storefront in the entire state. Its 452 auto dealerships are resisting the inevitable now that Tesla wants to open a second one. Said Don Hall, head of the Virginia Automobile Dealers Association (VADA):

For the last 29 years I have fought as a gladiator to protect the rights of the Virginia auto dealers and their franchise system.

We are under attack. This system is under attack by the likes of Tesla and many others out there who believe the franchise system is a dinosaur and no longer works.

That’s not precisely right, of course. With a single storefront, Tesla’s sales are infinitesimally small compared to Virginia’s other dealers. And for the foreseeable future, the “franchise system” that Hall is worried about will remain viable. But he’s no fool: he sees where this is headed.

Tesla, for its part, knows exactly where the car buying “experience” is headed, and why:

Fortune: 7 Reasons Why Tesla Insists on Selling its Own Cars

Ford Motor Company Free Market Insurance Invisible Hand media profit Technology threat
This entry was posted on Wednesday, January 25th, 2017 at 2:27 pm and is filed under Free Market, History. You can follow any responses to this entry through the RSS 2.0 feed. Both comments and pings are currently closed.
Many of the articles on Light from the Right first appeared on either The New American or the McAlvany Intelligence Advisor.