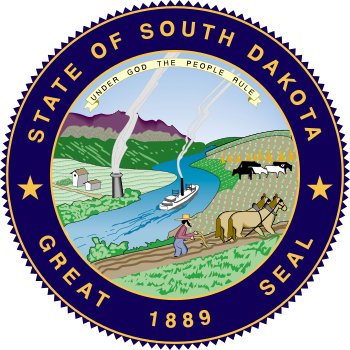 The American Legislative Exchange Council (ALEC) just released its latest Rich States, Poor States study showing how states measure up in economic performance based on three variables, and then ranking them in a forecast based on 15 variables. Its conclusion is the same this year as in the past:

Generally speaking, states that spend less — especially on income transfer programs, and states that tax less — particularly on productive activities such as working or investing — experience higher growth rates than states that tax and spend more.

A United Van Lines report confirms ALEC’s conclusions: Retirees, who make up about a quarter of moves tracked by the company, are leaving high tax states such as New Jersey, New York, and Connecticut, and heading for South Dakota, Oregon, Idaho, Washington, Nevada, and Arizona. After analyzing the UVL data, Michael Stoll, an economist at UCLA, concluded:

This year’s data clearly reflects retirees’ location preferences. We are seeing more retirees than ever decide to relocate, and as a result, new retirement hubs are popping up in Western states.

South Dakota took the top spot away from Vermont and Oregon for the first time in the mover’s 40th Annual National Movers Study, with more than two moves into the state for every move out.

There are many more factors involved in a decision to pull up stakes and move than just taxes, but there is, as Nicole Kaeding of the Tax Foundation noted, “a relationship between taxes and migration. Individuals move for a variety of factors: climate, job opportunities, family … [but] taxes influence the decision too. Tax rates and structure affect a state’s economy; states with less burdensome tax structures and lower rates tend to have better economic growth. Increased job opportunities can result from the better economic growth.”

These factors figure more prominently into decisions by millennials than for retirees, the other three-quarters of the moves tracked by United. In its Rich States, Poor States study, ALEC provides synopses on every state in the union. For South Dakota, for example, ALEC noted that the state ranked 12th out of 50 in its performance and 11th out of 50 in its economic outlook. For starters, the state levies no personal income tax or any corporate income tax. It has no estate or inheritance tax. Its property tax burden ranks it 21st out of the 50 states, while its debt service absorbs just seven percent of the state’s revenues, putting it in 20th position nationally. And it’s a right-to-work state.

Compare that to Connecticut, often referred to as the “poster child for out-migration” among the 50 states. In economic performance it ranks 45th among the 50 states, while in outlook it is in 47th position. It levies a personal income tax of up to 6.99 percent and a corporate income tax of up to 9 percent, ranking the state in 34th and 42nd positions respectively. Its property tax burden is $43.55 per $1,000 of personal income compared to South Dakota’s $27.70. Connecticut levies both an estate tax and an inheritance tax and is a union-centric state with no right-to-work law in place.

When these studies were reviewed by The New American in June 2015, it concluded that “given the opportunity, hard-pressed taxpayers are moving from Blue to Red, from high-tax locales to lower-tax states, and from high-debt to lower-debt communities.”

Little has changed in the interim.

Democrat Economy growth Income Tax Taxes taxpayer
This entry was posted on Monday, January 23rd, 2017 at 4:35 pm and is filed under Economics, Politics. You can follow any responses to this entry through the RSS 2.0 feed. Both comments and pings are currently closed.
Many of the articles on Light from the Right first appeared on either The New American or the McAlvany Intelligence Advisor.