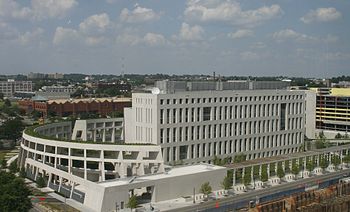 In re-introducing the ATF Elimination Act on Thursday, January 12, Representative Jim Sensenbrenner (R-Wis.) explained one of the primary reasons why: “The ATF is a scandal-ridden, largely duplicative agency that has been branded by failure and lacks a clear mission. It is plagued by backlogs, funding gaps, hiring challenges, and a lack of leadership.”

Not once did he explain the real reason the Bureau of Alcohol, Tobacco, Firearms and Explosives (ATF for short) should be eliminated: There is no provision anywhere in the Constitution that grants the federal government the powers the ATF exercises.

Sensenbrenner’s original bill was introduced on March 4, 2015 at the beginning of the 114th Congress. In addition to calling for an immediate hiring freeze, his bill:

Requires the ATF, the Federal Bureau of Investigation (FBI), and the Drug Enforcement Administration (DEA) to jointly develop and submit a plan for winding up the affairs of [the] ATF….

The original bill, as well as the new one, requires that the process of elimination of the ATF be completed within a year.

There are many “surface” reasons for eliminating the agency. In the 1970s and 1980s, complaints regarding the techniques used by the ATF in its effort to generate firearms violations cases, and thereby justify its existence, led to hearings before congressional committees. One Senate subcommittee report said, “Based upon these hearings it is apparent that ATF enforcement tactics made possible by current federal firearms laws are constitutionally, legally, and practically reprehensible.”

The Ruby Ridge incident involving Randy Weaver and his family in June 1990 led to the deaths of Randy’s wife and son. A trial determined that the ATF was guilty of entrapment while congressional investigations uncovered similar claims of overreach by the ATF and other agencies involved in the incident. The federal government awarded Weaver $3.1 million to settle a wrongful death suit brought by Weaver and his family.

Less than three years later, in February 1993, the ATF was involved in the siege of the Branch Davidian religious group outside of Waco, Texas. It resulted in the deaths of 76 people, including 20 children, inside the group’s housing complex. To add insult to that injury, in December 1994, two ATF agents in charge, who were initially suspended for their roles in leading the raid, were later reinstated with full back pay and benefits, despite a finding by the Treasury Department of gross negligence against the agency.

Between May 2004 and August 2005 the ATF launched a “pilot program” that, if successful, would be rolled out nationwide. It involved ATF agents outside eight different gun shows in Virginia accosting, questioning, and often harassing show attendees. In February 2006, a House subcommittee investigating the “program,” heard testimony from one of the show’s owners:

[Show attendees] were approached and discouraged from purchasing guns. Before attempting to purchase, they were interrogated and accused of being in the business without a license, detained in police vehicles, and gun buyers’ homes were visited by police, and much more.

Early in President Obama’s first term, the ATF undertook three operations allegedly designed to track, catch, and charge Mexican cartel members buying guns across the United States’ southern border: “Fast and Furious,” “Too Hot to Handle,” and “Wide Receiver.” In “Fast and Furious,” the ATF sold approximately 2,500 firearms to “straw purchasers” in the United States who agreed to smuggle them into Mexico and sell them to drug cartel leaders. Once those leaders were identified, they were supposed to be arrested. At its conclusion, however, the operation ended with only 20 indictments of small-time dealers, but the collateral damage was severe. Two of those weapons were later found to be directly involved in the murder of U.S. Border Patrol agent Brian Terry in December 2010, while by the fall of 2011 weapons involved in the scheme had been used in at least 200 more murders in Mexico and 11 more in the United States. Again, adding insult to this grievous injury, three supervisors in charge of “Fast and Furious” were promoted by the ATF.

Then there’s the “store-front sting” operation called “Operation Fearless” concocted by the ATF in 2014, where undercover agents rented a store front in Milwaukee selling designer clothes, athletic shoes, jewelry, and drug paraphernalia. The agents let it be known that they were willing to buy guns and drugs under the table for cash. Writing about the incident, Laurence Vance of the Future of Freedom Foundation noted that no major drug dealers were ensnared by the operation, but it resulted instead not only in “a string of mistakes and failures,” but also in an increase in crime in the immediate area of the store. Special Agent Robert Schmidt defended the failure: “Our number one responsibility is denying criminal access to firearms and that is what we are trying to do. It is our duty to purchase these firearms to protect the American public and citizens of Milwaukee.”

It turned out later that the ATF had instigated similar such “store-front stings” in Portland, Albuquerque, Wichita, Atlanta, and Pensacola. House Oversight and Government Reform Committee chairman Darrell Issa (R-Calif.) said that the Milwaukee operation “followed an incredibly reckless pattern” and that the “ATF’s dangerous tactics may actually be increasing crime in [the] neighborhood.”

Focusing on the ATF’s failures and reckless behavior misses the point: The federal regulation of alcohol, tobacco, firearms, or explosives isn’t a legitimate function of the federal government under the Constitution. As Sensenbrenner’s bill makes clear, any legitimate functions should easily be carried out by other agencies. As Vance pointed out:

What Vance is saying, in effect, is that, in a free society, “alcohol, tobacco, firearms and explosives” ought to be the name of a convenience store — penalties for the items’ misuse can be meted out to deter miscreants. Sensenbrenner’s bill is the right thing to do, but for the wrong reasons.

Cartel Constitution Crime Darrell Issa Fast and Furious Federal Government firearms Freedom guns Obama power Scandal violations weapons
This entry was posted on Saturday, January 21st, 2017 at 6:51 am and is filed under Crime, History. You can follow any responses to this entry through the RSS 2.0 feed. Both comments and pings are currently closed.
Many of the articles on Light from the Right first appeared on either The New American or the McAlvany Intelligence Advisor.