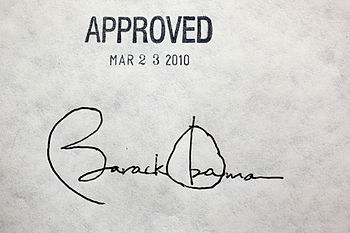 Hoft will remind us that the failure of Obama’s economic policies was so great that a record 95 million Americans are not in the workforce, that the national debt has exploded to an astronomical $20 trillion, and that there are more Americans on food stamps than ever before.

If one asks John Thune, the Republican Senator from South Dakota about Obama’s effectiveness as president, he’ll say that Obama didn’t have much interest in working with Congress in a bipartisan manner, and that, after losing his Democrat majorities in both the House and the Senate, he didn’t have much interest in listening to the American people, either. As Thune put it:

[Obama’s] determination to circumvent Congress and ignore the American people has not only been an affront to the democratic process and an attack on the balance of power our Founding Fathers envisioned, it has also failed as a strategy for securing long-lasting achievements.

Any legacy Obama leaves behind will “largely [be] made up of regulations, executive actions and executive agreements, most of which can be easily overturned by the next administration,” wrote Thune. Thanks to the president’s decision to use his phone and his pen, Thune says that “his real legacy may turn out to be that he doesn’t have one.”

One could turn to Rasmussen Reports, which say that most of those recently polled think that Obama’s legacy will be that he leaves a nation more divided than at the start of his administration — that his promise of “hope and change” was broken.

One could ask constitutional attorney Thomas Lucente practicing in Wapakoneta, Ohio, who blogs at NorwalkReflector.com, and he would say:

If I were to take a considered view and honestly compare Obama to the other 42 men who have held that office, I … would have to say he was the worst president in history.

Why? Real inflation-adjusted wages haven’t budged since 1972, despite claims that wages jumped during the third quarter of the year. Lucente points to the workforce participation rate, which was 65.7 percent when Obama took office in 2009 and is now at 62.7. And those with jobs are finding that many are working in low-wage service positions or in temp jobs.

Lucente also reminds that “Obama has the distinction of being the first president in history to have the United States at war for every single day of his eight years in office” and that, even according to left-leaning Politifact, Obama kept less than half of the 533 campaign promises he made in 2008.

What political capital Obama had upon taking office in 2009 he squandered on the stimulus, Dodd-Frank, and ObamaCare. Concluded Lucente:

Space restrictions prevent a full retelling of the economic horrors and un-American activities of the Obama administration. Suffice it to say, honest historians in the future looking at his record will not judge Obama kindly.

When one goes to Amazon.com and enters the search phrase “Obama Worst President,” one should not be surprised to see two pages of books, all of them written no later than June 2016, listing the failures, shortcomings, and illegal actions already taken by the president. One of the entries, The Worst President in History: The Legacy of Barack Obama, compiles 200 “inconvenient truths” about his presidency, including his record on the economy, the disaster that is ObamaCare, his shocking abuses of taxpayer dollars, his bitterly divisive style of governing, his shameless usurping of powers not delegated by the Constitution, his scandals and his cover ups, his policy failures at home and abroad, his unprecedented and unconstitutional expansion of executive power, and more.

Another from Amazon’s list is simply titled 150 Reasons Why Barack Obama is the Worst President in History, and that one was published in March, 2013!

Last November, the voters elected Donald Trump and rejected Hillary Clinton, whose presidency would have been the equivalent of an Obama “third term.” Obama leaves the White House Friday with the nation bitterly divided, its economy struggling, and its reputation abroad severely diminished. He also leaves behind a number of broken promises, including his pledge to bring the soldiers home from Afghanistan. And after eight years of his interventionist foreign policy, the Nobel peace prize he was awarded the first year of his presidency now seems a sick joke. But as bad as Obama’s legacy looks today, it may eventually look even worse when examined from the perspective of history. This is particularly the case if the incoming president delivers on his constitutionally sound campaign promises and makes America great again.

Constitution Democrat Donald Trump Economy food stamps Foreign Policy GDP Hillary Clinton Jobs John Thune National Debt Obama Obamacare Rasmussen Regulations
This entry was posted on Friday, January 20th, 2017 at 8:49 am and is filed under History, Politics. You can follow any responses to this entry through the RSS 2.0 feed. Both comments and pings are currently closed.
Many of the articles on Light from the Right first appeared on either The New American or the McAlvany Intelligence Advisor.