This article appeared online at TheNewAmerican.com on Thursday, January 19, 2017: 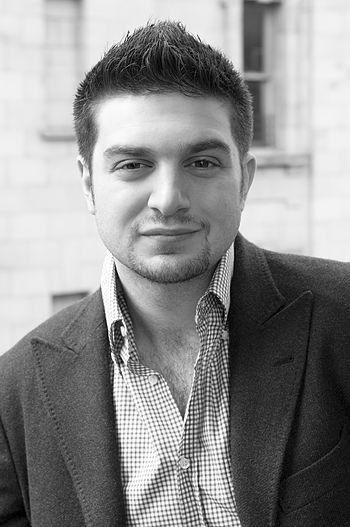 Although it’s George’s money, Alexander is making the decisions on a major part of his father’s estimated $25 billion. And it appears to be part of a plan to move Alexander into the driver’s seat when his father, age 86, passes from the scene. Dan Gainer, the MRC vice president who tracks the numbers, told the Washington Times: “Alexander Soros is following in both his father’s and brother’s footsteps — going left.” He added:

As George Soros ages, there has been speculation about who will assume his role in funding the liberal movement. With the expanded giving of both Alexander and Jonathan Soros, it’s possible that both of them will play key roles [in] supporting the left for decades to come.

Although Jonathan, Alexander’s older brother (who is 46 while Alexander is in his early 30s), has been described as a “prominent liberal donor” to various Democratic and liberal causes and supports the elimination of the Electoral College, it’s Alexander who’s likely to drive the bus when George meets his Maker. Said Gainer:

Alex, in particular, has championed standard left-wing “progressive causes” such as climate change and social justice…. He totally misread the 2016 election … but he has more than enough money to support numerous candidates and organizations.

It didn’t happen overnight. In fact, less than 10 years ago Alexander looked like he would wind up as just a rich kid, a trust-fund baby, dedicated to frittering away his life. But then the New York Times did an extensive article on Alexander after he was given control over a large “slice of his father’s fortune … to direct as he pleases.”

He started supporting Bend the Arc: A Jewish Partnership for Justice along with checks to the Great Schlep, a left-wing effort to encourage older Jewish voters in Florida to vote for Barack Obama in 2012. For all of 2012 Alexander gave an estimated $400,000 to liberal causes, programs and campaigns.

Sitting on the board of his father’s Open Society Foundation, Alexander learned how to invest in various causes that reflected his father’s world view. Bend the Arc’s website tells its purpose: to “build the power and passion of the progressive Jewish movement in America by bringing together Jews from across the country to advocate and organize for a more just and equal society. We are the only national Jewish organization that is focused solely on promoting these values here in the U.S.”

Alexander’s support for Global Witness also confirms the interest of the senior Soros in saving the environment from capitalists, with its website declaring that its purpose is to “break the link between natural resource exploitation, conflict, poverty, corruption, and human rights abuses worldwide.”

The view of the world sought and financed by the senior Soros, and being adopted by Alexander, was revealed in his introduction to his 2000 book, The Crisis of Global Capitalism: “We need some global system of political decision-making. In short, we need a global society to support our global economy.” His Open Society Foundation is a major funder of the Coalition for an International Criminal Court, which aims to subordinate American jurisprudence to an international prosecutor in cases which could initiate capricious or politically motivated prosecutions of U.S. officials or military officers.

The agenda of the senior Soros was further expanded in his 2004 book, The Bubble of American Supremacy, in which he wrote that “the forthcoming elections” would be “an excellent opportunity to deflate the bubble of American supremacy” evidenced by the administration of then-President George W. Bush.

His goals of reducing American power and influence in the world, his efforts to subjugate American sovereignty to the United Nations, and his support of efforts to implement policies that would forcibly redistribute wealth from owners to non-owners would, if accomplished, destroy American freedom and independence. William F. Jasper, senior editor of The New American, also noted last November that the funding by the senior Soros of Black Lives Matter and other groups that have fomented civil turmoil and rioting makes him a criminal:

Many of the anti-Trump rioters [funded by Soros either directly or indirectly] would appear not only to have violated state laws against rioting and inciting to riot, but also federal laws against the same crime….

But what about the organizers of the riots, those who hired the rioters and transported the perpetrators across state lines to engage in this criminal activity? Are they not also culpable under [those laws]? Are they not also liable for prosecution under the federal conspiracy statutes?

Over the past couple of decades, the hedge fund billionaire and globalist [George Soros] has poured hundreds of millions of dollars … into hundreds of organizations and dozens of schemes aimed at empowering global government through the United Nations and destroying our constitutional limitations on government.

Alexander Soros, in giving $4.5 million to various progressive Democrat Party groups, programs and campaigns in 2016, is just getting started. Wait until he gains full control of his father’s fortune.

Capitalism Conspiracy Constitution Crime Economy Environment George Soros George W. Bush Harry Reid Liberal Obama power progressive schemes Sovereignty
This entry was posted on Friday, January 20th, 2017 at 6:43 am and is filed under Crime, Politics. You can follow any responses to this entry through the RSS 2.0 feed. Both comments and pings are currently closed.
Many of the articles on Light from the Right first appeared on either The New American or the McAlvany Intelligence Advisor.