This article appeared online at TheNewAmerican.com on Wednesday, January 18, 2017: 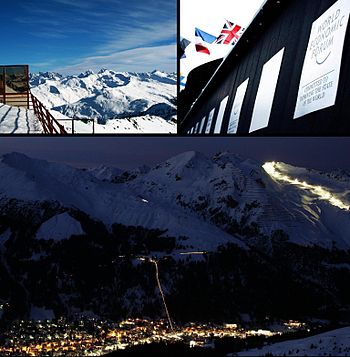 Speaking at the elites’ conference in Davos earlier this week, Saudi Arabia’s oil minister, Khalid al-Falih, erred when he said that U.S. oil shale producers weren’t a threat to OPEC’s plans to raise crude oil prices by cutting its production. He said that U.S. oil producers “will find they need higher prices” because existing fields (Permian, Bakken, etc.) are being exhausted, and because the costs of lifting new production are going up, thanks to U.S. “inflation on [in] the cost of doing business.”

The minister then engaged in straight-line thinking in a variable world and predicted that the world surplus of crude overhanging the markets and keeping oil prices low would vanish in less than six months. Once that surplus disappears, goes the OPEC narrative, prices will rise once again to levels the cartel members need to keep afloat their welfare states and military adventures.

Soon after al-Falih’s remarks, ones that smacked of living in the past when OPEC actually could move the markets with its words, U.S. Energy Information Administration (EIA) issued its Drilling Productivity Report for seven of those U.S. “oil shale plays.” According to the EIA, production from those seven fields will increase substantially in February, led by an increase of 53,000 barrels a day from the Permian Basin alone.

Carefully parsing the report, James Williams, an energy economist at WTRG Economics, added, “The volume of [each] new oil rig was up again,” reflecting continuing technological improvements employed by the American shale developers. Added Williams, the EIA report is “bearish for oil and a concern for OPEC.”

In other words, not only are U.S. oil shale producers neutering the perceived OPEC production cuts hammered out among themselves and other non-OPEC members last November, their new production is likely to completely offset those cuts over time.

The November OPEC agreement to cut 1.2 million barrels per day (bbd), with another 600,000 barrels a day from participating non-OPEC members, was to limit the cartel’s total production to 32.5 million bpd. Of course, many of those members immediately increased their production so that the alleged cuts wouldn’t hurt so much when the agreement kicked in on January 1. In addition, there is no enforcement mechanism to keep the members and non-members in line, just a “committee” that keeps track of them. The first report from that committee, which will be intensely scrutinized for evidence of the expected cheating, won’t be out until early February.

The oil minister from Saudi Arabia also apparently didn’t hear about Exxon Mobil’s plans to more than double its Permian Basin resources by buying six billion barrels of oil reserves from the Bass family. Exxon Mobil thinks the time is right, making a down payment of $5.6 billion followed by a series of additional payments totaling another $1 billion over time. It’s hard to fathom how Exxon Mobil’s economists would approve of such a move unless it could see an opportunity to produce profitably at current prices for crude. Coupled with increasing numbers of rigs coming online, their greatly improved production per rig, and Exxon Mobil’s aggressive development of its new reserves, make the comments from Saudi Arabia’s oil minister seem reflective of times long past when the cartel did have some measurable influence over the oil market.

Even as he talked, U.S. oil producers were busy refuting his claims that they need more time to develop allegedly nearly exhausted reserves and as a result likely to continue keeping the price of crude in the low 50s for the foreseeable future.

Cartel Elite Energy oil Oil Prices OPEC Surplus threat
This entry was posted on Thursday, January 19th, 2017 at 6:54 am and is filed under Energy, Free Market. You can follow any responses to this entry through the RSS 2.0 feed. Both comments and pings are currently closed.
Many of the articles on Light from the Right first appeared on either The New American or the McAlvany Intelligence Advisor.