This article appeared online at TheNewAmerican.com on Tuesday, January 17, 2017: 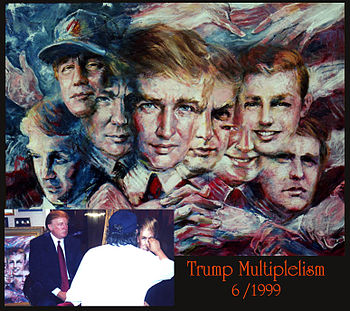 First it was Amazon, announcing last week that it will be creating 100,000 new full-time jobs in the United States over the next 18 months. Said Jeff Bezos, Amazon’s CEO, “These jobs are not just in our Seattle headquarters or in Silicon Valley, they’re in our customer service network, fulfillment centers and other facilities through the country.” When in place Amazon will be employing nearly 300,000 people in the United States.

President-elect Donald Trump was pleased to take some credit, following his meeting with top Silicon Valley executives two weeks ago. Said Trump’s press secretary Sean Spicer: “This announcement was made after the president-elect met with heads of several other tech companies and urged them to keep their jobs and production inside the United States. The president-elect was pleased to have played a role in that decision by Amazon.”

Of course, those plans had been in the works for months, reflecting Amazon’s continuing remarkable growth, but it was politically expedient to make the announcement just before Trump’s inauguration. Said James Cakmak, an equity research analyst: “The bottom line is they [Amazon] were going to create the jobs anyway, but it’s the messaging that has changed. [The company’s announcement] appears to calibrate to current political sensitivities.”

Those “political sensitivities” extended to Walmart, which announced on Tuesday that it would be making nearly $7 billion of new capital investments through remodeling 59 of its existing Walmart and Sam’s Club stores and expanding others. In the process the company announced it would be hiring 10,000 new people, while adding 24,000 temp jobs for the remodeling and expansion. In addition, the company reiterated its plans to purchase $250 billion more of American-made products over the next seven years. That commitment, according to the company, would in the process add a million collateral jobs to the U.S. economy, citing three of its suppliers who are moving their operations back to the United States from foreign locations.

Walmart’s announcement said nothing about the incoming president or his pressure on companies to keep jobs in the United States, and bring those abroad back home, but the implication was clear: “With a presence in thousands of communities and a vast supplier network, we know we play in important role in supporting and creating American jobs.”

Looking more closely at the numbers, the move by Walmart merely cancels the 10,000 jobs lost when it closed 154 stores in 2015, so the announcement seems political.

So does the announcement from General Motors, which has been one of Trump’s favorite targets. Trump ramped up pressure on the company during his press conference last week when he said, “I hope that General Motors will be following. And I think they will be.” On Monday the company announced plans to invest at least $1 billion in several of its factories, potentially creating 1,000 new jobs.

Previously, Ford, Fiat, and Toyota announced plans to create more than 12,000 jobs in response to Trump’s pressure. But GM’s spokesman Craig Glidden said the announcement wasn’t a response to any of that pressure but said, “This is something we’ve been undertaking for some period of time.” He then added: “It’s really getting our story told in a way that is I think complete and fulsome.” He might have added “timely” as well.

Left out of GM’s announcement was any mention that the company planned more than 3,000 layoffs set to begin later this month as sales of its smaller models have disappointed.

What appears to be clear is that these companies, along with Ford, Fiat, Toyota, Carrier, Lockheed Martin, et al., want to stay on the right side of Trump, and are doing everything they can to avoid being a target once he is in office.

Donald Trump Economy General Motors Jobs Toyota
This entry was posted on Wednesday, January 18th, 2017 at 6:46 am and is filed under Economics, Politics. You can follow any responses to this entry through the RSS 2.0 feed. Both comments and pings are currently closed.
Many of the articles on Light from the Right first appeared on either The New American or the McAlvany Intelligence Advisor.