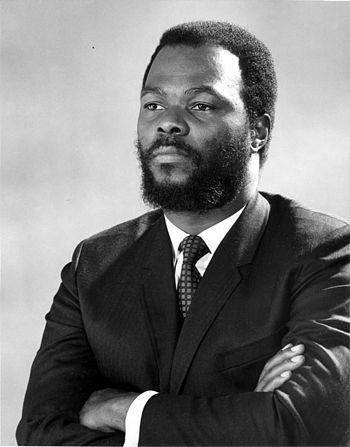 A fiery advocate of black nationalism during the 1960s, Innis changed his views after his 13-year-old son Roy Jr. was shot and killed while playing in a sandbox in 1968, and his son Alexander was shot and killed in 1982 during an attempted robbery. In 1993, Innis explained his change of heart: “After the murders of my sons I did not want other parents to go through what I went through. My sons were not killed by the KKK or David Duke. They were murdered by young black thugs. I use the murder of my sons by black hoodlums to shift the problems from excuses like the KKK to the dope pushers on the streets.”

Innis joined the Harlem branch of the Congress of Racial Equality (CORE) in 1963 when it was considered the most active, and most radical, of the civil rights groups then involved in the civil rights movement. CORE pioneered school boycotts, sit-ins, Freedom Rides through the South, and voter registration drives. Following the murders of civil rights activists James Chaney, Andrew Goodman, and Michael Schwerner in 1964, Innis used his increasing influence in CORE to change its direction. He became the Harlem chapter’s education committee chairman and then moved on to become the chapter’s chairman. In 1967 he was elected vice-chairman and then became CORE’s national chairman in 1968, a position he held until his death.

Early in life, his fiery temper and unwillingness to suffer fools got him into notable trouble. Two incidents in 1988 earned him his reputation as a fighter. He got into an argument with Al Sharpton during a TV interview over Tawana Brawley’s fake rape claims. At the height of the argument Innis shoved Sharpton (then weighing nearly 100 pounds more than he does today) to the floor. Later that year, during an interview with Geraldo Rivera, Innis took umbrage when White Aryan Resistance member John Metzger said of Innis, “I’m sick and tired of Uncle Tom here, sucking up and trying to be a white man!” Innis grabbed Metzger by the throat, setting off a melee that resulted in Rivera having his nose broken before it ended.

Innis came to understand the history behind gun laws enacted after the Civil War, and told his black supporters that gun control “was not meant to protect your safety; it was meant to deprive you of your freedom.” He became a life member of the NRA, was a member of its Ethics Committee, chaired its Urban Affairs Committee, and eventually was elected to its board of directors.

At the death of Innis, there were no encomiums emanating from the NAACP or other hard-left civil rights groups, but there was this from his friend Wayne LaPierre, CEO of the NRA: “Roy got up every day and followed his conscience on what he thought was right, and if that led him to collide with political correctness, he was willing to take the heat…. Roy’s passing leaves a huge void for the NRA and his many good friends among the NRA family. Rest in peace, my friend.”

Clarence Thomas Conservative courage Freedom Gun Control NAACP NRA Political Correctness Richard Nixon rights Ronald Reagan Samuel Alito
This entry was posted on Tuesday, January 17th, 2017 at 6:46 am and is filed under History, Second Amendment. You can follow any responses to this entry through the RSS 2.0 feed. Both comments and pings are currently closed.
Many of the articles on Light from the Right first appeared on either The New American or the McAlvany Intelligence Advisor.