This article appeared online at TheNewAmerican.com on Wednesday, January 11, 2017: 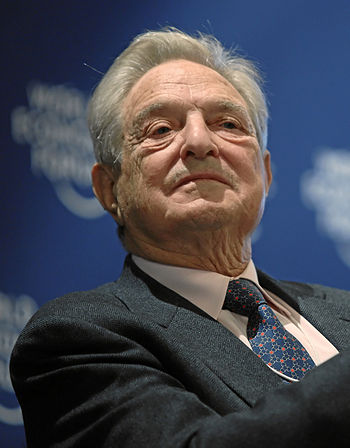 A measure of just how effective the Black Lives Matter (BLM) movement has become in its virulent anti-police protests was released on Wednesday by Pew Research Center. In its report “Behind the Badge,” reflecting the view of nearly 8,000 active law-enforcement officials, Pew stated: “Recent high-profile fatal encounters between black citizens and police officers have made their jobs riskier, aggravated tensions between police and blacks, and left many officers reluctant to fully carry out some of their duties.”

Specifically those BLM-inspired and George Soros-funded protests have increased tensions between police and blacks in their communities, say three out of four officers polled. Seventy-two percent of them say that officers in their departments are “now less willing to stop and question suspicious persons.” Those protests now make police work more difficult, say 86 percent of those polled.

Much has been written about the “Ferguson Effect,” the term first coined by Doyle Sam Dotson, the chief of the St. Louis police department, when describing the increased reluctance of law-enforcement officers (LEOs) to do their jobs for fear of retribution, sanction, public humiliation, or termination of employment. In simple terms, the increased rate of violent crime is just the natural filling by criminals of the vacuum left thanks to that BLM-inspired reluctance.

Those officers polled by Pew “remain deeply skeptical of the protests,” with two-thirds saying that they “are motivated to a great extent by anti-police bias.”

During his confirmation hearing before the Senate Judiciary Committee on Tuesday, Senator Jeff Sessions (R-Ala.) described the impact BLM was having on law enforcement without naming the group specifically:

In the last several years, law enforcement as a whole has been unfairly maligned and blamed for the unacceptable actions of a few bad actors. They believe the political leadership of this country abandoned them. They felt they had become targets. Morale has suffered. If we are to be more effective in dealing with rising crime, we will have to rely heavily on local law enforcement to lead the way. To do that, they must know that they are supported.

One person who came closer than most in understanding and describing the attack on local police is Ron Martinelli, a forensic criminologist and director of the Forensic Death Investigations and Independent Review Team:

Taking the center stage spotlight in the war against police and the democratic rule of law is the militant, revolutionary Black Lives Matter movement (BLM). The BLM is an organization reborn from the Vietnam War era, with a political ideology steeped in Marxism and Black Nationalism. Literally all of the heroes of the BLM founders identified as Alicia Garza, Patrisse Cullors and Opal Tometi, are former convicted cop-killer Black Nationalist revolutionaries from the old Black Panther, Black Liberation Army and Weather Underground organizations. These black revolutionaries include the likes of Huey Newton and Assata Shakur….

The Black Lives Matter organization is not some current political fad born of social media; but a large, organized, well-planned and funded political action group with international outreach extending to Cuba, Northern Ireland, Europe and the Middle East.

The BLM is a tentacle of a Marxist, revolutionary Global movement referred to as “One World — One Struggle.” Significant funding sources for the BLM comes from international currency manipulator and convicted criminal George Soros through his Open Society Institute, which is a funding front for far leftist and revolutionary movements and organizations such as the secret Tides Foundation, MORE (formerly known as ACORN), MoveOn.org, Democracy Alliance, the Nation of La Raza and others.

Much of Soros’ money into the BLM coffers pays for outside mercenary protesters who suddenly enter a city, create havoc and then leave. Police in cities such as Ferguson, (MO) Baltimore, (MD) and now Charlotte, (NC) have identified upwards to 70% of arrested violent protesters as having no ties to the cities they were protesting in.

Its intent, according to Martinelli, is to “disenfranchise and diminish law enforcement in the eyes of low-informed and disengaged general public and media … and to eventually dissolve law enforcement and the criminal justice system as we know them today.”

As BLM continues in its quest to “diminish” the credibility of local law enforcement, there will be increasing calls for federal government involvement to solve the problem that can’t be solved at the local level. Chillingly, that is exactly what President-elect Donald Trump called for last week when he tweeted about the ghastly violence racking the Windy City: “Chicago murder rate is record setting — 4,331 shooting victims with 762 murders in 2016. If Mayor [Rahm Emanuel] can’t do it he must ask for Federal help!”

ACORN credibility Crime Donald Trump Federal Government George Soros ideology impact justice Marxism Pew Research Center revolutionary violence War
This entry was posted on Thursday, January 12th, 2017 at 6:37 am and is filed under Crime, Politics. You can follow any responses to this entry through the RSS 2.0 feed. Both comments and pings are currently closed.
Many of the articles on Light from the Right first appeared on either The New American or the McAlvany Intelligence Advisor.