This article appeared online at TheNewAmerican.com on Monday, January 9, 2017: 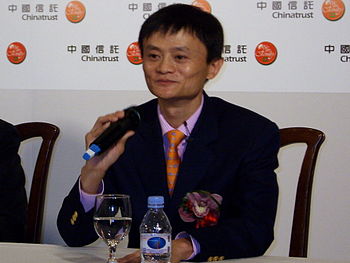 Monday morning’s meeting between President-elect Donald Trump and Alibaba Executive Chairman Jack Ma, said to be China’s second-richest man, is the latest likely to generate more U.S. jobs. Following on the heels of a meeting in December with Masayoshi Son, the founder of venture capital firm Softbank, Trump continues his quest to bring new jobs to the United States. That meeting with Son ended with the announcement that Softbank would be creating 50,000 new jobs in the United States by 2018.

The details of Monday’s meeting are unclear, but the potential is enormous. The two entrepreneurs are discussing plans to allow small and medium-sized American companies to sell to Chinese consumers directly through Alibaba’s platforms. According to a tweet from Alibaba, “[We] want to create US jobs by helping US small businesses and farmers sell to China’s 300-million-strong middle class.”

Founded 17 years ago by Jack Ma, Alibaba employs 46,000 people directly and another 30 million indirectly in China. It’s involved in e-commerce, online auction hosting services, and online money transfer services. Its gross revenues are approaching $30 billion annually, more than half coming on Singles Day in November (a day that Chinese single people celebrate their singleness — often by buying themselves gifts). It features nearly a billion products and is one of the 20 most-visited websites in the world. Its slogan is “To make it easy to do business anywhere.”

By contrast, Amazon was founded by Jeff Bezos 22 years ago, employs directly nearly 270,000 people, and generates annual revenues of more than $100 billion. It set a record in 2016, shipping more than a billion packages. Its slogan is “Work hard, have fun, make history.”

With a population of 1.3 billion, China dwarfs the United States’ population of 325 million. If any of Monday’s conversation bears fruit, Ma’s prediction of a million new jobs created by small businesses in the United States could not only come to pass, but also surpass Amazon which, at present, is the world’s largest Internet-based retailer in the world both by total sales and market capitalization. Two years ago Amazon surpassed Walmart as the world’s most valuable retailer, and as of last fall, is the fourth most valuable public company on the planet.

Alibaba’s growth is projected to be 30 percent a year, even before any agreement hammered out at Monday’s meeting. That would close the gap with Amazon in five years of less.

There are heavy political overtones that could delay or stall the deal. Trump’s attacks on China’s currency manipulation, his threat to impose tariffs on imports from China, and his perceived threat to China’s “One China” policy, could create roadblocks. On the other hand, both Trump and Ma are dealmakers and are used to overcoming roadblocks.

Investors are believers, having driven Alibaba’s stock (symbol BABA) from $93.31 a share prior to Ma’s meeting with Trump early Monday morning to nearly $95 a share as this is being written. BABA is projected by forecasters to hit $121 a share or higher early in 2017.

American China Donald Trump growth Internet Jobs Small Business
This entry was posted on Tuesday, January 10th, 2017 at 7:08 am and is filed under Free Market. You can follow any responses to this entry through the RSS 2.0 feed. Both comments and pings are currently closed.
Many of the articles on Light from the Right first appeared on either The New American or the McAlvany Intelligence Advisor.