Can the American Dream be Revived?

This article was published by The McAlvany Intelligence Advisor on Monday, January 9, 2017: 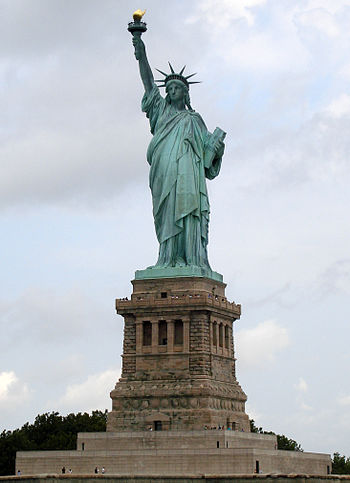 The term American Dream was coined by James Trustow Adams in 1931, just as the economy was entering the worst of the Great Depression. In The Epic of America, Adams wrote:

[It is] that dream of a land in which life should be better and richer and fuller for everyone, with opportunity for each according to ability or achievement….

It is not a dream of motor cars and high wages merely, but a dream of a social order in which each man and each woman shall be able to attain to the fullest stature of which they are innately capable, and be recognized by others for what they are, regardless of the fortuitous circumstances of birth or position.

Upward mobility has served as the heart and soul of the American Dream: the prospect of “betterment” and to “improve one’s lot” for oneself and one’s children … “Work hard, save a little, send the kids to college so they can do better than you did, and retire happily to a warmer climate” has been the script we have all been handed.

These sounded an awful lot like George Mason and Thomas Ludwell Lee, authors of the Virginia Declaration of Rights, which was adopted in June, 1776:

Section 1. That all men are by nature equally free and independent and have certain inherent rights, of which, when they enter into a state of society, they cannot, by any compact, deprive or divest their posterity; namely, the enjoyment of life and liberty, with the means of acquiring and possessing property, and pursuing and obtaining happiness and safety.

In 2013 pollsters asked Americans “Do you think that the American Dream has become impossible for most people to achieve?” with those polled split evenly between “yes” and “no.” But when the question was changed to “Do you agree with the statement that anyone with talent who is willing to work hard and put the effort in can have a successful career and rise to the top, regardless of background?” almost two out of three agreed.

David Leonhardt, writing in his blog “The Upshot” published on Sunday by the New York Times, reviewed a study by some college professors indicating that, by their reckoning, the American Dream has faded badly. Leonhardt took the opportunity to blame it on the decline in membership in labor unions, federal government lavishing blandishments on the super-rich, organized religion, and a general distrust of anything smacking of the establishment. The frustrations were taken on out Hillary, allowing Trump to win in November:

Their frustrations helps explain not only this year’s disturbing presidential campaign but also Americans’ growing distrust of nearly every major societal institution, including the federal government, corporate America, labor unions, the news media, and organized religion.

This gave Leonhardt severe heartburn, and an opportunity to rail against the incoming administration:

The index is deeply alarming. It’s a portrait of an economy that disappoints a huge number of people who have heard that they live in a country where life gets better, only to experience something quite different.

Leonhardt had an agenda that he had to force-fit into his “analysis” of the Stanford University professors’ study. The slowdown beginning in the 1970s, he said, was largely due to the energy crisis. In the 1980s, educational decline was only one part of the reason. It was “a result of globalization, technological change, government policies favoring the well-off, and a slowdown in education attainment and the work force’s skill level.”

The American Dream is failing, said Leonhardt, ““because the fruits of growth have gone disproportionately to the affluent.” And that bodes ill for the Dream under Trump:

The painful irony of 2016 is that nostalgia and anger over the fading American dream helped elect a president who may put the dream even further out of reach for many people: taking away their health insurance, supporting ineffective school vouchers, and showering government largess on the rich.

What’s missing from Leonhardt’s analysis is any mention of what many consider the fundamental reasons for the fraying around the edges of the American Dream: America’s public schools. This should have been easy for Leonhardt to explore as one of the three professors behind the study, Raj Chetty, provided evidence for the same in Vergara v. California. Nine California students sued the state because they felt they weren’t getting a good education, thanks to several state statutes regarding teacher tenure, layoffs, and dismissals. These rules made it virtually impossible for California school officials to get rid of “grossly ineffective” teachers, leading to students graduating without essential skills to get a job in today’s economy.

Chetty presented evidence that poor teachers led to poor student performance, which led to underemployment once those students left school.

Little of this was mentioned in Leonhardt’s “analysis.” What is likely to save and restore the American Dream is the exodus from public schools to charter schools, home schooling, and online learning. That has precious little to do with Leonhardt’s false blaming on Trump, special deals for the super-rich, and the decline in union membership.

Background of the Virginia Declaration of Rights

The New York Times: The American Dream, Quantified at Last

History of the American Dream

Background on James Truslow Adams, author of The Epic of America

The American Dream: A Cultural History, by Lawrence Samuel (2012)

The Epic of America, by James Truslow Adams

Economy Education Federal Government Great Depression Liberty media Polls Religion teachers Unions
This entry was posted on Tuesday, January 10th, 2017 at 6:43 am and is filed under Education, Politics. You can follow any responses to this entry through the RSS 2.0 feed. Both comments and pings are currently closed.
Many of the articles on Light from the Right first appeared on either The New American or the McAlvany Intelligence Advisor.