This article was published by The McAlvany Intelligence Advisor on Wednesday, January 4, 2017: 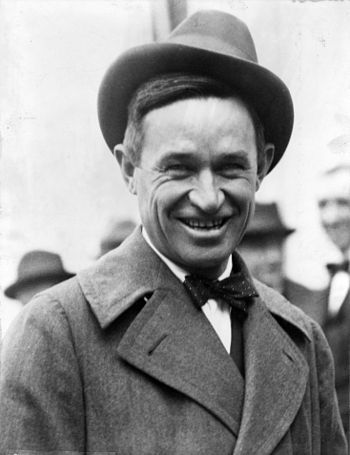 Said Will: “When you find yourself in a hole, stop digging!” Within hours of publishing its “news” story about the Russian hack into the network of a Vermont utility on Friday, the Washington Post discovered it got the facts wrong and issued a correction:

An earlier version of this story incorrectly said that Russian hackers had penetrated the U.S. electric grid. Authorities say there is no indication of that so far. The computer at Burlington Electric that was hacked was not attached to the grid.

That “earlier” version was picked up by the compliant mainstream media as fact and trumpeted the story across every channel: the Russians hacked into the grid through a computer, the order came directly from the Kremlin, and Donald Trump had nice things to say about Vladimir Putin.

The “story” in its original form aroused the ire of Vermont Democrats from the governor on down. Vermont’s Democrat Governor Peter Shumlin called on federal officials “to conduct a full and complete investigation of this incident and undertake remedies to ensure that this never happens again.” He made things worse by adding:

Vermonters and all Americans should be both alarmed and outraged that one of the world’s leading thugs, Vladimir Putin, has been attempting to hack our electric grid, which we rely on to support our quality of life, economy, health, and safety.

This episode should highlight the urgent need for our federal government to vigorously pursue and put an end to this sort of Russian meddling.

This is beyond hackers having electronic joy rides – this is now about trying to access utilities to potentially manipulate the grid and shut it down in the middle of winter.

That is a direct threat and we do not take it lightly.

It’s systemic, relentless, predatory! They will hack everywhere, even Vermont, in pursuit of opportunities to disrupt our country.

We must remain vigilant, which is why I support President Obama’s sanctions against Russia and its attacks on our country and what it stands for.

When more of what actually happened was learned, WaPo reworked the original article slightly, adding the above-mentioned correction at the beginning. That should have been the end of it. Truth be told, the article should have been spiked and the authors assigned another story.

But, no. On Monday WaPo asked one of the original article’s two authors (as punishment perhaps?) to apologize at length for the error. In the process, it made things worse.

First, it wasn’t really an apology. This is about as close as Monday’s article got:

As federal officials investigate suspicious Internet activity found last week on a Vermont utility computer, they are finding evidence that the incident is not linked to any Russian government effort to target or hack the utility, according to experts and officials close to the investigation.

Second, the article expended 2,000 words in its “apology” (the original article was just 1,500 words) by bringing in all manner of extraneous explanations and excuses for how it managed to make such a grievous mistake. The government was to blame. The results of the investigation remain “murky.” The investigation is continuing – stay tuned. Etc., etc.

The true facts (isn’t that a redundancy?) reveal the non-story. On Friday an employee at Vermont’s Burlington Electric Department was checking his Yahoo account when an alert popped up indicating that his laptop had connected to a suspicious IP address that “authorities” – unnamed – said was associated in some way to the Russian hacking operation that allegedly had infected the DNC.

The employee reported the spurious and suspicious connection to his superiors and the race was on: who could get the story out first?

In its rambling apology, the Post on Monday said that the connection “is not unique to Burlington Electric,” with officials saying “it is possible that the traffic is benign, since this particular IP address discovered by the employee on his laptop “is not always connected to malicious activity.”

But that wouldn’t have made for much of a story, and of course there are deadlines to meet and agendas to promote. The original article took a swing at Donald Trump, calling him out for having “spoken highly of Russian President Vladimir Putin” and for even suggesting that the vaunted U.S. intelligence services might be wrong in suggesting that Russians hacked into the DNC.

The Post’s “apology” got in another lick: “The incident comes as President-elect Donald Trump has cast doubt on intelligence officials that the Russians conducted a hacking operation designed to help him win the White House.”

The election is over. Sorry. Your candidate lost. Deal with it.

In days gone by, the original story would never have seen the light of day. The authors – who no doubt call themselves “investigative journalists” – would have been reprimanded or perhaps even fired.

But the story, and the agenda, can’t be unread: the Russians did something very bad up in Vermont and The Donald is cozying up to the Kremlin thug who ordered it.

All of which confirms the simple fact that the Washington Post no longer writes news stories but instead serves as a propaganda transmission belt for the hard-core leftists who have taken over the Democrat Party.

Will Rogers’ quote: When you find yourself in a hole…

attacks Democrat Donald Trump facts Mainstream Media Obama propaganda truth
This entry was posted on Thursday, January 5th, 2017 at 6:40 am and is filed under Politics. You can follow any responses to this entry through the RSS 2.0 feed. Both comments and pings are currently closed.
Many of the articles on Light from the Right first appeared on either The New American or the McAlvany Intelligence Advisor.