SEIU to Cut Its Budget by Nearly a Third

This article appeared online at TheNewAmerican.com on Thursday, December 29, 2016: 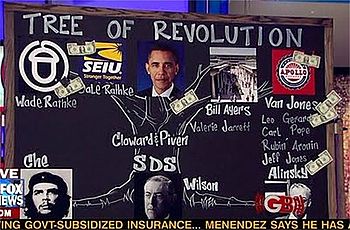 A private memo issued to all Service Employees International Union (SEIU) staff and obtained by Bloomberg shows the union is cutting its budget by $100 million — nearly a third of the union’s operating budget — along with severe cuts in staff starting the first of the year.

Because the far right will control all three branches of the federal government, we will face serious threats to the ability of working people to join together in unions. These threats required us to make tough decisions that allow us to resist these attacks and to fight forward despite dramatically reduced resources…. [Accordingly we] must plan for a 30% reduction [in our operating budget by January 1, 2018].

The SEIU is the nation’s second-largest labor union and arguably the most politically active, with a large part of its $300 million budget, raised mostly from dues extracted from members, being spent on obtaining favorable influence in the federal government. In 2008, it spent $28 million directly supporting Barack Obama’s campaign for president and a total approaching $70 million when including funds spent on television ads, even paying workers $11 an hour to go door-to-door to get out the vote and other campaign efforts.

Since 1990, the SEIU has invested nearly $250 million in political campaigns, with 99 percent of the money supporting Democrats. And it has paid off. The union saw Obama appoint pro-union Kathleen Sebelius to head up the Department of Health and Human Services, and pro-union Hilda Solis as secretary of the Department of Labor. In addition, SEIU Secretary-Treasurer Anna Burger was appointed to Obama’s Economic Recovery Advisory Board.

As its membership has declined over the years, the union’s tactics have become increasingly more aggressive. Its latest efforts behind the “Fight for $15” minimum-wage laws have scored successes in California and New York, but under Trump, efforts to accomplish that goal on a national level appear to the union to be remote.

The degree to which the union has resorted to strong-arm tactics was revealed when Sodexo, a food services and catering company, sued SEIU under RICO (the Racketeer Influenced and Corrupt Organizations Act) in March 2011. It charged the union with “engaging in illegal tactics in its efforts to unionize [our] workers.” During discovery, Sodexo provided the court with a copy of SEIU’s internal document, “Contract Campaign Manual” on “Pressuring the Employer.” Going way beyond picketing and strikes, the manual employed Saul Alinsky-style tactics to intimidate the board members of companies resisting unionization.

The manual describes how “outside pressure can involve jeopardizing relationships between the employer and [its] lenders, investors, stockholders, customers, clients, patients, tenants, politicians, or others on whom the employer depends for funds.” The manual encourages “threaten[ing] the employer with costly action by government agencies or the courts.”

The purpose is to “damage an employer’s public image and ties with community leaders and organizations,” and the manual recommends going after the company’s officials personally: “It may be a violation of blackmail and extortion laws to threaten management officials with release of ‘dirt’ about them if they don’t settle a contract. But there are no laws against union members who are angry at their employer deciding to uncover and publicize factual information about individual managers.”

The operations manual even defines “dirt”: charges such as “racism, exploitation of immigrants or proposals that would take money out of the community for the benefits of distant stockholders.” Tactics recommended include “leafleting outside meetings where [those managers] are speaking, their homes, or events sponsored by [them] to make sure their friends, neighbors and associates are aware of the controversy.”

The SEIU calls the strategy “Muscle for Money” (MfM), which “includes multiple techniques for creating highly aggressive, organized efforts both to pressure businesses and [their] officials to support the activists’ agenda or to discredit and intimidate opponents of their agenda.”

One of the groups that worked closely with the SEIU in implementing these strategies and tactics was ACORN. According to a former ACORN employee, “The idea is to go to private homes where wives and children are present and stand outside so the family members of a company official could be harassed and subjected to intimidation. Protestors would also go to company functions like banquets where they would be as disruptive as possible.”

If the SEIU can be considered part of “the swamp” Trump promised to drain, then the fact that it is reducing its budget by a nearly third is a good start.

ACORN attacks Blackmail Democrat Federal Government Obama politician Saul Alinsky SEIU threat Unions War
This entry was posted on Friday, December 30th, 2016 at 6:46 am and is filed under Politics. You can follow any responses to this entry through the RSS 2.0 feed. Both comments and pings are currently closed.
Many of the articles on Light from the Right first appeared on either The New American or the McAlvany Intelligence Advisor.