This article appeared online at TheNewAmerican.com on Wednesday, December 28, 2016: 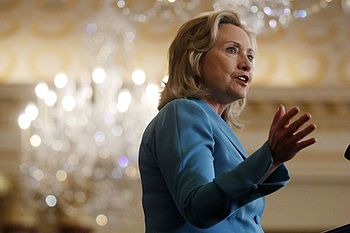 Peter Schweizer, president of the Government Accountability Institute and author of Clinton Cash: The Untold Story of How and Why Foreign Governments and Businesses Helped Make Bill and Hillary Rich, told the host of Breitbart News Daily on Tuesday of his concerns that Trump would try to continue to run his Donald J. Trump Foundation while president of the United States:

My concern was … had Trump won, Trump would feel his position was solidified enough that he would go about as he pleased, that the Trump Foundation would remain in operation. Remember that last year, after he had announced [for the presidency] and was doing pretty well in the polls, the Trump Foundation received a donation from Viktor Pinchuk [a billionaire on Forbes’ list of the world’s wealthiest people], who’s a Ukrainian oligarch. This is somebody who gave a lot of money to the Clinton Foundation and got a lot of favors from the Clintons in return. So there was some very real concern [on my part] that [with Trump in the White House] it was going to be business as usual.

When Schweizer learned of Trump’s decision to dissolve his foundation to avoid any conflicts of interest, he said: “I’ve got to tell you, this is what leadership looks like.” He added:

This is not something that was imposed on him by somebody else. In the case of the Clintons, President Barack Obama forced the Clintons into doing a lot of things they didn’t want to do, when she became secretary of state…. These are all being done [by Trump] voluntarily. I’m extremely encouraged. I was worried that these avenues for conflicts of interest were going to remain [after he became President]…. So it’s very, very encouraging, and it’s a nice change from the Clintons, where they would have [had to be] dragged screaming and yelling to make even the most minor concession to a possible conflict of interest.

The Trump Foundation is not without its problems, which the mainstream media is making every effort to expose and trumpet from every outlet. Said Schweizer, there is “legitimate criticism of the Trump Foundation” and he and his organization “are going to continue to monitor the leadership of the Trump administration, including Donald Trump himself and the children, for conflicts of interest.” But he added:

I’m very encouraged that these steps are being taken voluntarily to prevent these conflicts of interest … I think it is grounds for celebration. If you contrast that with the Clintons, when Hillary became secretary of state — Barack Obama put very few restrictions on them, but the ones that he did, the Clintons fought [against] tooth and nail…. So this is a nice contrast to what I think we would have had with Bill and Hillary Clinton, which would have been … business as usual.

Donald Trump Hillary Clinton Mainstream Media Obama secret
This entry was posted on Thursday, December 29th, 2016 at 7:56 am and is filed under Crime, Politics. You can follow any responses to this entry through the RSS 2.0 feed. Both comments and pings are currently closed.
Many of the articles on Light from the Right first appeared on either The New American or the McAlvany Intelligence Advisor.