This article was published by The McAlvany Intelligence Advisor on Friday, December 23, 2016: 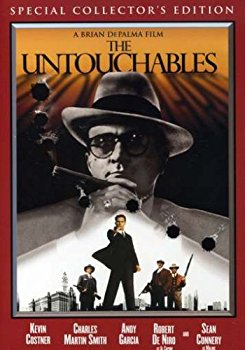 At the opening of the film The Untouchables, released in 1987, mobster Al Capone is sitting in a barber’s chair, surrounded by his associates and members of the press. He is saying that he is just an honest businessman, meeting the needs and wants of his customers. He then says: “A smile will get you pretty far … but a smile and a gun will get you farther.”

Trump’s “gun” is becoming increasingly obvious: he hasn’t sold out. He doesn’t have a hidden agenda. He has no ties to the military-industrial complex. And, wonder of wonders, he knows who his employer really is: the American taxpayer.

He is also one of the country’s foremost dealmakers, using whatever leverage he has at hand to close the deal. In the case of Boeing’s CEO Dennis Mullenburg, those levers were sufficient to cause him to say, following his one-on-one meeting with Trump on Wednesday at Trump’s Mar-a-Lago resort in Palm Beach, Florida: “We’re going to get it done [the new Air Force One aircraft project] for less than [the $4 billion price tag], and we’re committed to working together to make sure that happens.”

What’s certain is that Boeing’s ethical misconduct in the past that cost a previous Boeing CEO his job (just Google “Druyun scandal”) and caused the company’s COO to be terminated, was one of those levers. Another was Lockheed Martin’s successfully charging Boeing with industrial espionage that wound up costing Boeing $500 million plus a tarnished reputation.

It’s unnecessary to add that Mullenburg well knows who the next president is going to be, and that any future business that Boeing might do with his administration is dependent upon him being “pliable” and “flexible” and “realistic” when it comes to dealing with him. Mullenburg’s company generates $100 billion a year in revenues, a healthy portion of that coming from the government. One does not bite the hand…, etc.

Mullenburg also knows that Trump is making an example of Boeing, just as he did with Ford and Carrier, using the closing of this “deal” as a warning shot across the bow of other companies that might be considering alternatives (like opening or expanding plants abroad). Mullenburg also knows that his company could benefit handsomely if Trump is able to reduce corporate taxes substantially.

Finally, Mullenburg well knows that his company and its employees supported Barack Obama in 2008 with five times as much money as they did John McCain.

Following the meeting with Mullenburg, Trump sat down with Lockheed’s CEO, Marilyn Hewson, to discuss the enormous delays and cost overruns on her company’s F-35 Joint Strike Fighter project. At this writing the outcome of that meeting has not been officially announced, but one can guess.

Background on The Untouchables

espionage John McCain politics Scandal taxpayer
This entry was posted on Saturday, December 24th, 2016 at 7:26 am and is filed under Economics, Politics. You can follow any responses to this entry through the RSS 2.0 feed. Both comments and pings are currently closed.
Many of the articles on Light from the Right first appeared on either The New American or the McAlvany Intelligence Advisor.