This article appeared online at TheNewAmerican.com on Saturday, December 24, 2016: 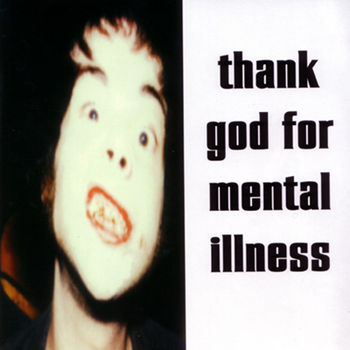 The Social Security Administration (SSA) announced on December 19 that it had “finalized” its rules regarding who will have their names added to the National Instant Criminal Background Check System (NICS). This was after the proposed rules published in April received more than 90,000 responses, mostly negative, from the public. The National Rifle Association (NRA) opposed the proposed rules for numerous reasons and urged its members to protest them.

The new rules now allow the SSA to add to the NICS anyone over 18 but under retirement age who is diagnosed with a “mental disorder” and receives benefits through a “representative payee.” Open to question, as pointed out by The New American in June, is just how “mental disorder” is to be determined, as well as how the agency can override the right to due process protected by the Fourth Amendment and infringe upon the “right to keep and bear arms” protected by the Second Amendment.

The agency failed to respond to complaints that there is no provable relationship between using a payee to help manage an individual’s financial affairs, and their propensity for gun violence. What it did, however, was explain that it was just doing its job — called the Nuremburg Defense (“We’re just following orders, sir!”):

We are not attempting to imply a connection between mental illness and a propensity for violence, particularly gun violence.

Rather, we are complying with our obligations under the NIAA [NICS Improvement Amendments Act of 2007], which require us to provide information from our records when an individual falls within one of the categories identified in 18 U.S.C. 922(g)  [“It shall be unlawful … for any person … to deal in firearms.”].

This is circular reasoning of the first order. The SSA first determines that a “mental defective” must have his name submitted to the NICS, which then results in his automatic inability to deal in, possess, or keep or bear arms.

Just how does the SSA determine that an individual is a “mental defective”? It took some digging into the 41-pages of proposed, but as The New American reported earlier this year:

Under the proposed rule, we [SSA bureaucrats] would identify, on a prospective basis, individuals who received Disability Insurance Benefits under Title II of the Social Security Act … or Supplemental Security Income (SSI) payments under Title XVI of the Act.

And just how would identification take place, exactly? On Page 19 the question is answered in part:

And what is this “issue of capability”? That is found in a footnote at the bottom of page 19, referring one to the rules by which said SSA bureaucrat determines whether said beneficiary is capable of handling his or her own affairs, or not:

If so, do you think this difficulty indicates the beneficiary cannot manage or direct the management of [his or her] funds?

Once that determination is made by a nameless, faceless, unaccountable bureaucrat buried deep inside the walls of the SSA, precious rights guaranteed under the Constitution disappear.

The final rule is estimated to impact negatively 75,000 people every year. But what’s to keep the SSA from expanding its rule to include everyone receiving any benefits (not just Disability or SSI) through a “representative payee” — i.e., bookkeeper, associate, family member — or expanding the definition of mental illness to include anyone who disagrees with the rule?

The NRA has been following these developments and is currently preparing proposals “for corrective action” for the incoming Trump administration to consider. Said the NRA:

In the meantime, this is one more reminder of the petty, partisan politics of Barack Obama, and one more reason to be thankful that in a few short weeks he will no longer wield the power of the presidency against the nation’s law-abiding gun owners.

bureaucrat Constitution firearms Fourth Amendment National Rifle Association Obama politics power rights Second Amendment Social Security
This entry was posted on Saturday, December 24th, 2016 at 7:37 am and is filed under Fourth Amendment, Politics, Second Amendment. You can follow any responses to this entry through the RSS 2.0 feed. Both comments and pings are currently closed.
Many of the articles on Light from the Right first appeared on either The New American or the McAlvany Intelligence Advisor.