This article appeared online at TheNewAmerican.com on Thursday, December 22, 2016: 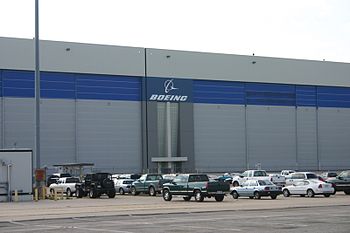 Following a one-on-one meeting with Boeing’s CEO, Dennis Mullenburg, on Wednesday over Trump’s concerns that the new Air Force One aircraft were costing too much, Mullenburg said: “We’re going to get it done for less than [the $4 billion price tag], and we’re committed to working together to make sure that happens.”

The deal, hammered out at Donald Trump’s Mar-a-Lago resort in Palm Beach, Florida, revealed much about the paradigm shift taking place even before Trump is inaugurated. First, Trump means business. Not inhibited by ties to the military-industrial complex, Trump is recognizing who his employer really is: the American people. It’s taxpayer monies that fund the government, and he’s taking the taxpayers’ side in challenging Boeing. He has already fearlessly and successfully “persuaded” Ford and Carrier to change their plans to relocate to other countries, and he’s working on Lockheed Martin to reduce its costs on the infamously late and over-budget F-35 Joint Strike Fighter that it is building.

Second, Trump has no problem dealing eyeball-to-eyeball with the companies’ senior executives. He’s been making deals with people like Mullenburg for decades.

Third, Mullenburg is fully aware that, when it comes time to offer his company’s services to the U.S. government in the future, Trump will most certainly have some input. Mullenburg’s company, generating nearly $100 billion a year in revenues, is greatly dependent upon government for a large part of those revenues.

Next, Trump certainly knows about Boeing’s past ethical problems, including an investigation in 2003 wherein Boeing KC-767 tanker aircraft were chosen by Pentagon procurement person Darleen Druyun, though the craft were more expensive and met less USAF standards than an Airbus model, while she was negotiating a job offer with Boeing. Known as the “Druyun affair,” it led to the resignation of Boeing’s then-CEO Philip Condit and the termination of the company’s COO, Michael Sears.

And Trump no doubt knew about Lockheed Martin charging Boeing with industrial espionage that same year, leading to Boeing’s $500 million settlement of both scandals.

In other words, Trump is taking Al Capone’s advice: One can do business better with a smile and a gun, instead of just a smile. Trump’s “gun” is that he isn’t beholden to anyone except his employer, he appears to have no hidden agenda, he is determined to keep his campaign promises, and has the skill set to cut deals favorable to the taxpayer.

Trump is also using these agreements to put others on notice that he is one president not to be trifled with. Following the meeting with Mullenburg, Trump sat down with Lockheed Martin’s CEO Marilyn Hewson to discuss the ghastly cost overruns on her company’s F-35 fighter that is running years behind schedule and is estimated to cost the U.S. taxpayer a trillion dollars by the time the project is complete.

The paradigm shift is already taking place, and the man isn’t even president yet.

Donald Trump espionage Military Scandal taxpayer
This entry was posted on Friday, December 23rd, 2016 at 6:40 am and is filed under Economics, Politics. You can follow any responses to this entry through the RSS 2.0 feed. Both comments and pings are currently closed.
Many of the articles on Light from the Right first appeared on either The New American or the McAlvany Intelligence Advisor.