This article appeared online at TheNewAmerican.com on Friday, December 16, 2016: 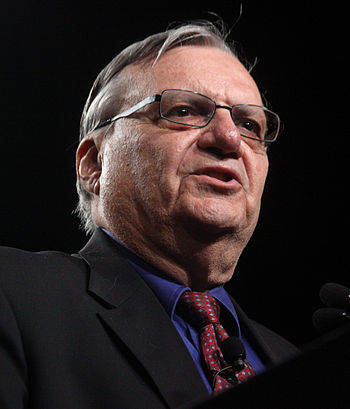 The five-year-long forensic investigation into the long-form birth certificate that President Barack Obama produced in 2011 has finally come to an end. On Thursday the report, issued by the Maricopa County, Arizona, Sheriff’s Office and authored by Sheriff Joe Arpaio and his chief investigator, Mike Zullo, concluded that it was fraudulent.

Jerome Corsi, the author of Where’s the Birth Certificate? and senior writer at World Net Daily (WND), declared of the investigators, “[They] have done the United States a heroic service, demonstrating by forensic analysis that the long form birth certificate produced in a White House news conference on April 27, 2011, as Barack Obama’s authentic birth certificate is a forgery.”

Utilizing the forensic skills of two separate entities — Reed Hayes, who has been a court-qualified handwriting and document examiner for 40 years and is a board member of the Scientific Association of Forensic Examiners, and Forlabs, an Italian company that specializes in extracting information from multimedia files — the researchers uncovered nine points of forgery between Obama’s long-form birth certificate and that of Joanna Ah’nee, who was born within weeks of Obama’s birth.

During the news conference announcing the conclusion of their investigation, Arpaio’s chief investigator Mike Zullo stated, “The nail in the coffin that proves that [Obama’s] Certificate of Live Birth is inauthentic is the exact lineup of numerous entries on both [certificates].”

As we noted in an article on September 29, the investigation wasn’t about where Obama was born. It was all about whether Obama’s birth certificate was authentic. As Arpaio told a crowd, “I don’t care where he’s born. We are looking at a forged document. Period.”

All of which raises numerous questions. What if the president of the United States committed fraud? What would the ramifications of that discovery have on his administration and on the numerous bills he signed into law? What about his executive orders? Would they become unenforceable?

On the other hand, what if Arpaio’s investigation concluding that Obama’s birth certificate was a fake turned out to be incorrect? What then? Here’s the sheriff of Arizona’s largest sheriff’s department, charging the president with fraud, and it turns out later that he was wrong? What then?

Aren’t these reasonable questions for the national news media to ask? And if they don’t ask, what does that say about them?

For Arpaio, it’s simple: “I plan on turning over [the results of] this investigation this month to the federal government. And Congress. And [I] hope Congress will pass a law [that] the president should be vetted. [It’s] common sense.”

Added Arpaio: “Maybe some members of Congress will hold some hearings, open to the public, regarding this matter.… If they can hold hearings … on underinflated footballs, why can’t [they] hold one on this?”

Executive Order Federal Government Fraud media Obama
This entry was posted on Saturday, December 17th, 2016 at 5:18 am and is filed under Crime, Politics. You can follow any responses to this entry through the RSS 2.0 feed. Both comments and pings are currently closed.
Many of the articles on Light from the Right first appeared on either The New American or the McAlvany Intelligence Advisor.