This article appeared online at TheNewAmerican.com on Friday, December 9, 2016: 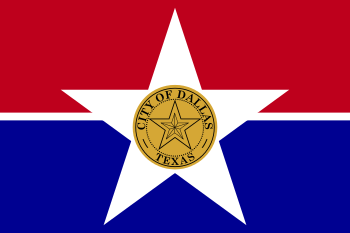 On November 21, The New American published an article entitled “Dallas to Declare Bankruptcy?” suggesting that the Dallas Police and Fire Pension System was in such poor shape that Dallas was looking more and more like Detroit.

It was pointed out that Moody’s declared that Dallas has higher unfunded pension liabilities, relative to its balance sheet, than any major American city except Detroit. The article noted that the plans’ present troubles dated back to a 1993 decision to offer a “retention perk” to keep officers considering retirement to stay on for a few more years.

That “perk,” referred to as DROP  — Deferred Retirement Option Plan — allowed those agreeing to stay on to deposit their retirement checks into a special account that would earn 9 percent, tax-deferred. The officers in effect would have two retirement accounts, one to pay out their regular retirement check, the other to serve as a separate tax-favored deposit account that they could access at any time.

Over time the interest rate promised dropped to 8 percent, and is now at 6 percent.

In August, when Dallas Mayor Mike Rawlings filed suit to stop pension beneficiaries from withdrawing from their DROP accounts, word got out and withdrawal requests flooded in. In six weeks more than $220 million was pulled from DROP.

On Thursday the plan trustees unilaterally suspended all requests for lump-sum withdrawals — some $154 million in the queue — in order to keep the plan solvent. At the moment, the $2.1 billion plan has $729 million in cash, the rest in non- or semi-liquid assets. Those withdrawals would have reduced the plan’s cash balance to below the $600,000 million minimum necessary to continue to pay out regular beneficiaries’ retirement checks.

In simple terms, the plan trustees saw the bullet that was headed their way, and dodged it. They temporarily rescued the plan. They solved nothing, despite comments from the mayor to the contrary. Said Rawlings: “This thing [the plan] was going down and all we were doing was rearranging some deck chairs. Now we’ve righted the ship. We can fix it and get it in good shape.”

This is farcical. As The New American reported in November, the plan is $7 billion underfunded and needs a $1 billion bailout from the state just to stay afloat. That is not in “good shape,” especially as state legislators haven’t had a chance to hear the trustees’ request (demand) and vote on the matter, yea or nay.

The New American pointed out last month that options for putting the plan back into “good shape” are severely limited: property taxes are capped and borrowings are limited due to Dallas’ poor financial condition, thanks to the pension plan’s huge liability. And, said The New American, “Clawing back some or all of those $220 million in withdrawals [already granted] isn’t seriously being considered.”

Unfortunately that is exactly what is being proposed to rescue the plan. As noted by the Dallas News on Thursday, “The city proposal would wipe away the DROP interest [credited] over the years … or adjusting [read: reducing] future monthly benefits for those who already took their money out.” That’s a clawback, plain and simple.

One of the pension trustees, Philip Kingston, called the city’s proposal to shut down early withdrawals “draconian” but without it, said the News, “the pace could have forced the system to sell off its [non-liquid] assets.” The plan then would suffer additional losses as, according to the News, “the pension’s current administration revealed that their predecessors had significantly overvalued risky real estate investments.”

The pension board meets again in January, which ought to be interesting. The New American will continue to keep its readers informed.

Bankruptcy liabilities Pension Retirement The New American underfunded
This entry was posted on Monday, December 12th, 2016 at 6:44 am and is filed under Economics, Politics. You can follow any responses to this entry through the RSS 2.0 feed. Both comments and pings are currently closed.
Many of the articles on Light from the Right first appeared on either The New American or the McAlvany Intelligence Advisor.