U.S. Steel Latest to Bring Jobs Back to the United States

This article appeared online at TheNewAmerican.com on Thursday, December 8, 2016: 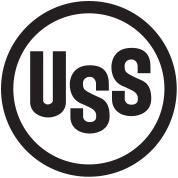 In an interview with CNBC on Wednesday, U.S. Steel’s CEO Mario Longhi said he’d like to bring back up to 10,000 jobs to the United States:

We’re already structured to do some things, but when you see in the near future improvements to the tax laws, improvements to regulation, those two things by themselves may be a significant driver to what we’re going to do….

I’d be more than happy to bring back the employees we’ve been forced to lay off during [the Great Recession].

His company used to employ 37,000 people but that dropped to just 21,000 as of last December, thanks not only to the Great Recession and its almost immeasurably small recovery but also due to excessive regulations:

There was a point in time in the past couple of years that I was having to hire more lawyers to try to interpret these new regulations than I was hiring engineers. That doesn’t make any sense.

Investors in the company’s common stock perceived the opportunity for significant growth long before Longhi’s interview on Wednesday: Since the election U.S. Steel’s common stock has jumped 80 percent. In July 2014, U.S. Steel was removed from the S&P 500 Index and placed in the S&P MidCap 400 Index because the company’s size and revenues had shrunk so much.

Longhi is not alone in seeing the potential as the country’s enormous economic engine might be unleashed as Trump implements his promises. The day before Longhi’s interview SoftBank’s founder, Masayoshi Son, pledged to invest $50 billion in the United States, which he said would create 50,000 jobs. On that news, shares of SoftBank, a Japanese multinational telecommunications giant founded by Son in 1981 (think Sprint and Yahoo, in which Son has invested heavily), were in such demand that trading had to be halted briefly to accommodate all the buy orders.

The $50 billion would come from a $100 billion venture capital fund that Son has put together with other international partners, but it’s only part of the plan. Insiders familiar with Son’s thinking say he wants to make acquisitions as large as another $30 billion. Plus there’s another $163 billion in outside venture capital waiting for a more favorable environment to be invested in the United States.

Before his inauguration — even before the Electoral College votes on December 19 — Trump is making his presence felt. He persuaded top Ford Motor officials to keep an Indianapolis manufacturing plant from being moved to Mexico, and helped Carrier to see the advantages of keeping one of its plants from moving there as well.

And then there’s the Economic Optimism Index just published by Investors Business Daily, showing its rise to levels not seen since before President Obama took office. Especially notable was the jump among Republican investors, from 50.6 just before the election to 86.6 on Tuesday, the highest ever recorded by that index dating back to its launch in 2001.

Finally there’s the stock market and the enormous inflow of investment capital following Trump’s victory. According to State Street Global Advisors, exchange-traded-funds (like mutual funds but with much lower fees) took in nearly $50 billion in November, the highest monthly total going back to 1998. Said State Street: “While the jury is clearly still out on President-elect Trump’s decree to make America great again, as he has yet to take office, the post-election fervor has certainly made U.S.-based fund flows great again.”

Those “fund flows” have pushed the major averages to record highs, including in particular the Russell 2000 Index which tracks small companies likely to benefit most from Trump’s policies. Since November 9 that index is up more than 10 percent.

Metaphors abound: Like a race horse that has had 200 pounds of lead weights removed, like an obese individual losing 50 pounds, like a gearbox that has had sand removed, like a locomotive whose brakes have been released, the U.S. economy is getting ready to sprint to new levels of output. Although freedom is more important than prosperity, it’s nice to note how well they work together. If Trump keeps his promises, more and more companies are likely to be making “upside sensitivity plans” to take advantage of them.

Economy Environment Freedom growth Jobs Regulations S&P 500 Index Stock Market
This entry was posted on Friday, December 9th, 2016 at 5:53 am and is filed under Free Market, Politics. You can follow any responses to this entry through the RSS 2.0 feed. Both comments and pings are currently closed.
Many of the articles on Light from the Right first appeared on either The New American or the McAlvany Intelligence Advisor.