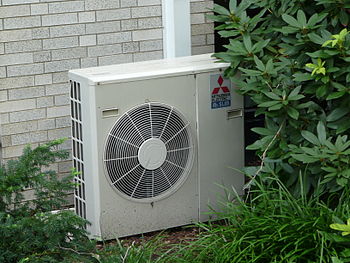 Carrier Corporation, a division of United Technologies, announced on Tuesday that it will, after months of negotiations, keep some of the jobs in Indiana that it earlier planned to ship to Mexico. Indiana Governor and now Vice President-elect Mike Pence, as governor of the state, was the initial driving force behind the negotiations. Both he and President-elect Donald Trump will start their “thank you” tour on Thursday, beginning with Indiana, where the details of the agreement will be spelled out.

Only Carrier didn’t wait until Trump was president.

Carrier is a major division of United Technologies, representing nearly 45,000 of the 196,200 people employed by the supplier of technology to both the private sector and the Pentagon. Carrier also represents about a quarter of United Technology’s gross revenues of $56 million. It has two plants in Indiana, one in Indianapolis (making air-conditioning units) employing about 1,400 workers, the other in Huntington (making microprocessors for the heating and refrigeration industries) employing about 700 workers.

Reports are silent about what will happen to the Huntington workers or the discrepancy between the 1,400 workers in Indianapolis and the 1,000 jobs “saved” by Trump and Pence’s intervention. Those are details the media is breathlessly waiting for, to learn just how much quid pro quo took place to cause Carrier to change its plans.

It was all about business. When Carrier announced it was moving both plants to Mexico last February, it was “a business decision” which had nothing to do with the quality of the work being produced. The move would allow the company “to operate more cost effectively” there, it said. As the junior senator from Indiana Joe Donnelly concluded, it was all about wages: Carrier could save $65 million a year by moving those 2,100 jobs to Mexico.

For a massive multi-national such as United Technologies, $65 million is a rounding error compared to revenues of $56 billion. It shouldn’t have been a big deal in normal times.

But these are not normal times. When Trump made it part of his campaign to keep American jobs in America, Carrier was one of his targets. After back and forth negotiations, culminating in a visit by Carrier officials to Trump Tower on Tuesday, the deal was done: Some, not all, of those jobs will stay in Indiana.

Trump used what leverage he had available: He’s not yet the president. He still has to survive the Electoral College vote on December 19. And then be inaugurated on January 20th. But he’s clearly taking advantage of every lever he has:

He has threatened 35% tariffs on recalcitrant companies employing people offshore in jobs that could be done in America;

He knows that United Technologies does about $6.5 billion of business with the Pentagon every year, especially its Pratt and Whitney division that provides war materiel to the U.S. military;

He knows also that United Technologies has about $6 billion in cash stashed overseas, waiting for more favorable tax treatment by the US before repatriating it; and

He also has promised to cut corporate taxes greatly and rumors abound about the possibility of a “tax holiday” for repatriation of those funds currently idling overseas.

Trump also knows that Indiana would be willing to offer tax breaks and other financial incentives to keep those 1,000, or 1,400, or 2,100 employees there. Put all together, then, Trump did what Trump does best — negotiate a deal (as he wrote about in his best-seller, The Art of the Deal).

The ramifications of the deal are immense, and the details are to be released on Thursday during the “thank you” tour by Trump and Pence.

This is more evidence that Trump intends to keep his campaign promises. That, in itself, is revelatory and refreshing.

Also, his deal is being received favorably by the unions in Indiana, once the Democrats’ strongest ally.

Third, he is using social media to report his progress almost on a daily basis, leaving the mainstream media gasping for breath in his wake as they struggle to keep up. This removes any chance for them to “spin” the news in their favor before they feed it to the public. This, by itself, is beginning to raise existential questions about just how important the mainstream media really is.

Next, where is President Obama? Where was he during all of this? Isn’t he (wasn’t he) the president so interested in creating jobs? Why didn’t he exercise a little leadership here, rather than waiting for Trump to steal this opportunity?

In addition, just how relevant is Obama, and his administration, and his so-called “legacy”, after all, with Trump taking over the media, making promises that he apparently intends to fulfill, such as repealing Obama’s signature legislation, ObamaCare, with something less — perhaps much less — intrusive into people’s private medical and financial decision-making. Is this how Obama leaves office — not with a bang, but a whimper?

Indiana voters voted for Trump over Clinton by 57 to 38 percent, giving all 11 of the state’s Electoral College votes to Trump. Is this the trend in American politics? Three more state governorships moved into the Republican column in the November election, while gains by Democrats in both houses fell far short of their expectations. Is this, finally, the death knell for the Democrat Party — the party that makes promises but doesn’t keep them?

His Indiana “deal” should be both a “shot across the bow” for American companies considering similar such moves, as well as great encouragement to them that the rules under which they will soon be much more favorable under Trump than they were under Obama.

The gates of history swing on small hinges. This “deal” struck by Pence and Trump could just be one of those historic hinges.

Democrat Donald Trump Jobs Mainstream Media Mike Pence Obama Obamacare politics Private Sector Taxes Unions
This entry was posted on Thursday, December 1st, 2016 at 6:49 am and is filed under Economics, Politics. You can follow any responses to this entry through the RSS 2.0 feed. Both comments and pings are currently closed.
Many of the articles on Light from the Right first appeared on either The New American or the McAlvany Intelligence Advisor.