This article was published by The McAlvany Intelligence Advisor on Wednesday, November 23, 2016: 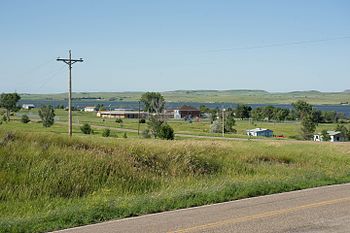 The complete quote from Rahm Emanuel’s early days as soon-to-be-former President Obama’s Chief of Staff is: “You never let a serious crisis go to waste. And what I mean by that it’s an opportunity to do things you think you could not do before.” Starting in 1969 with the Club of Rome’s declaration that “The common enemy of humanity is man,” green radicals have been seeking or creating opportunities to promote the concept that man is the great polluter and his capitalist efforts to use resources to improve his standard of living should be resisted.

Just such an opportunity presented itself when a private oil transportation company began constructing an oil pipeline from the Bakken shale formation in North Dakota to Illinois. It would carry light sweet crude to refineries there, cutting the cost of alternative modes (tankers, rail cars, over the road tank trucks, distant and hard to reach alternative pipelines, etc.) significantly while greatly reducing the hazards of any of those other forms of transportation.

The final few miles of the Dakota Access pipeline would be built under a reservoir close to Cannon Ball, North Dakota, (pictured) part of the Standing Rock Sioux Indian Reservation about 25 miles south of Bismarck on the Missouri River.

The greenies and the radicals saw their opportunity, and they took it. Starting in April with the construction of the Sacred Stone Camp, built by LaDonna Bravebull Allard, who is Standing Rock’s Historic Preservation Officer, it became ground zero of the latest and, some say, the largest environmental protest movement since the birth of the Club of Rome. Dozens, followed by hundreds, followed by thousands, descended on Cannon Ball (pop. 700) and started building camps and shelters, preparing for a long war against Energy Transfer Partners, the driving force behind the pipeline.

By summer there were a couple of thousand, and the protests began to turn violent. By September local law enforcement was overwhelmed and LEOs from several nearby states arrived to augment the local sheriff’s department. As law enforcement grew, so did the resistance of the radicals. Last Sunday night the situation exploded, with trucks being set on fire and law enforcement officials finding themselves being attacked with bottles and logs.

Turns out that of the 500 protestors arrested, fewer than 35 are from North Dakota.

But those 35 have very interesting backgrounds. Take, for example, the phony, fake, fraudulent “reverend” Jesse Jackson who called the development “the ripest case of environmental racism I have seen in a long time. The tribes of this country have sacrificed a lot so this great country could be built … the Standing Rock Sioux Tribe is standing up for their right to clean water.” Jackson’s twisted sense of justice is remembered with his support of Yasser Arafat, the head of the terrorist PLO, calling his “commitment to justice … an absolute one.” Or his celebration of Cuban dictator Fidel Castro as “the most honest, courageous politician I have ever met.”

Then there’s Alicia Garza, the self-described “queer” social-justice activist and Marxist founder of Black Lives Matter, who intoned over the “attack” by police on innocent protestors: “If you’re white, you can occupy federal property … and get found not guilty. No teargas, no tanks, no rubber bullets … if you’re indigenous and fighting to protect our earth, and the water we depend on to survive, you get tear gassed, media blackouts, tanks, and all that.”

And there’s the socialist Bernie Sanders who found time to visit the site and encourage the protestors, saying that “the pipeline threatens the environment and water resources and exploits Native Americans.” This fits with Sanders’ cozying up with socialists and revolutionaries ever since he joined the Young Peoples Socialist League, a youth wing of the Socialist Party USA, and worked with the United Packinghouse Workers Union, which had been infiltrated by communists years before.

Jill Stein and her Green Party running mate interrupted their presidential campaign to visit the folks at Cannon Ball and spray paint slogans on some of the company’s equipment. For their trouble they were arrested and charged with several counts of criminal trespass and mischief.

Ultra-liberal journalist Amy Goodman, co-host of the anti-capitalist radio show Democracy Now!, joined in the fun as well, being charged with criminal trespass while filming the protests to bolster her own far left ideology.

Even Raul Grijalva, the ranking Democrat on the House Natural Resources Committee and member of the Congressional Progressive Caucus, showed up, demanding that the Army Corps of Engineers withdraw its existing permits for the pipeline.

That the pipeline is safe and not intrusive into Indian burial sites is irrelevant. Disclaimers by the CEO of Energy Transfer Partners (ETP), Kelcy Warren, are ignored by the “protestors.” On November 15 Warren told PBS News Hour:

Well, first of all, I think this is well-known by now. We’re not on any Indian property at all, no Native American property. We’re on private lands. That’s number one. Number two, this pipeline is new steel pipe. We’re boring underneath Lake Oahe. It’s going to go 90 feet to 150 feet below the lake’s surface. It’s thick wall pipe, extra thick, by the way, more so than just the normal pipe that we lay.

Also, on each side of the lake, there are automated valves that, if in the very, very unlikely situation there were to be a leak, our control room shuts down the pipe, encapsulates that small section that could be in peril. So, that’s just not going to happen.

Number one, we’re not going to have a leak. I can’t promise that, of course, but that – no one would get on airplanes if they thought they were going to crash. And, number two, there is no way there would be any crude contaminate of their water supply. They’re 70 miles downstream.

The protestors are encamped for the winter now descending on North Dakota. For the record, the average lows in Bismarck, just north of Cannon Ball, are: December +5, January -1, February +8, March +19. For them it’s going to be a long winter.

Warren’s claims that help is coming from Donald Trump, who happens to own a chunk of his company, might be premature. Trump is going to have his own hands full fighting off resistance to his proposed policies by the left on other higher priority issues.

Emanuel was right: one never wants to miss an opportunity to bash the system that guarantees him the right to protest against it.

The complete quote from Rahm Emanuel

attack Club of Rome communist Democrat Donald Trump Energy Environment Fraud global green ideology justice Liberal North Dakota oil progressive radical terrorist War
This entry was posted on Wednesday, November 23rd, 2016 at 4:51 pm and is filed under Crime, Politics. You can follow any responses to this entry through the RSS 2.0 feed. Both comments and pings are currently closed.
Many of the articles on Light from the Right first appeared on either The New American or the McAlvany Intelligence Advisor.