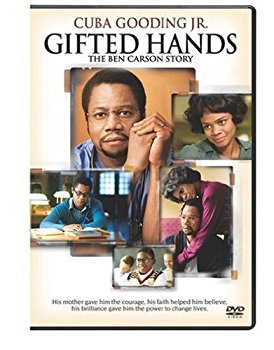 On Wednesday morning Dr. Ben Carson, the gifted and now-retired neurosurgeon at Johns Hopkins Hospital, posted on his Facebook page that an “announcement was forthcoming.” The day before he’d interviewed with Donald Trump’s team about becoming the secretary of the U.S. Department of Housing and Urban Development (HUD). Carson added: “After serious discussions with the Trump transition team, I feel that I can make a significant contribution, particularly to making our inner cities great for everyone. We have much work to do in strengthening every aspect of our nation and ensuring that both our physical infrastructure and our spiritual infrastructure are solid.”

Carson is a Seventh Day Adventist, a young-earth creationist, and scoffs at the idea that God created the earth with a Big Bang. He has challenged evolutionists to debate the matter but there are no records of any such debates taking place.

Initially, Carson said he wasn’t interested in a position in the upcoming Trump administration, claiming that he had no government experience and that an appointment might “cripple the presidency.” But when Armstrong Williams, a confidant of Carson’s, was asked about the HUD opportunity, he said that “HUD is a place that has an impact on something that Dr. Carson cares tremendously about: the inner city and urban America. Dr. Carson really has a passion for those issues where you could really make a difference … the president-elect has made an offer that he will really seriously consider and that’s what he’s doing.”

If Carson accepts Trump’s offer, he’ll be heading up an agency with a budget exceeding $30 billion that employs more than 8,000 people. The agency had its genesis as part of President Lyndon Johnson’s “Great Society” program — a vast and unconstitutional expansion of government. The agency in essence is a vast taxpayer funds-transfer agency, taking money from those who earned it and giving it, via various programs, to those who didn’t.

It’s too bad that Carson is no Howard Phillips. Phillips, a founding member of the U.S. Taxpayers Party (later known as the Constitution Party), was appointed by President Richard Nixon as acting director of the OEO (the Office of Economic Opportunity), another unconstitutional transfer agency. Phillips promised to do everything he could to shut it down, making popular the slogan “The OEO has got to go!” When President Nixon reneged on his promise to defund the agency, Phillips quit.

But at least Carson, if he takes the position, is no Julián Castro, the agency’s present secretary. Castro is so far left that he was considered as a possible nominee for vice president under Hillary Clinton. Julián and his twin brother, Joaquín, picked up their radical ideology from their mother, Rosie, who helped found the Chicano party called La Raza Unida that sought to create a separate country — Aztlán — in the southwest corner of the United States.

Constitution Donald Trump Hillary Clinton ideology radical Richard Nixon taxpayer unconstitutional
This entry was posted on Wednesday, November 23rd, 2016 at 5:18 pm and is filed under Uncategorized. You can follow any responses to this entry through the RSS 2.0 feed. Both comments and pings are currently closed.
Many of the articles on Light from the Right first appeared on either The New American or the McAlvany Intelligence Advisor.