Is Donald Trump “The Godfather”?

This article was published by  The McAlvany Intelligence Advisor on Monday, November 21, 2016: 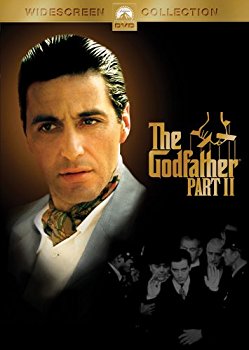 In a scene from The Godfather, Part II that resonates even today, Michael Corleone says: “My father taught me many things here. He taught me in this room. He taught me; ‘keep your friends close, but your enemies closer.’”

Is that what The Donald is doing in romancing the Senator Minority Leader to be, Senator Chuck Schumer? On Friday Schumer told the press that he has already received two or three phone calls from Trump: “He’s called. He’s friendly. The word is that he thinks he can work with me, but we’ll see. The jury’s [still] out.”

On Sunday Schumer said that the jury has returned with a verdict:

When we oppose Trump on values or [his] presidency takes a dark, divisive turn, we’re going to do it tooth and nail.

Instead, they got two. Schumer now heads a Democrat minority of 48 votes versus 52 for the Republicans.

There are three issues on which both Trump and Schumer appear to agree: taxing “carried interest” at regular income rates instead of capital gains, building out infrastructure in a massive spending program, and tariffs. Other than that, there’s negotiating to be done:

Trump: keep a few pieces, discard the rest, replace with something better.

Trump: Sessions is my man.

Schumer: We can’t stop him but we can and will make life miserable for him during the hearings.

Trump: I have a dozen people already preselected, all of whom support Heller and McDonald.

Schumer: “We [Democrats] cannot afford to see Justice Stevens replaced by another Roberts, or Justice Ginsburg by another Alito.”

Trump: Medicare should be allowed to negotiate directly with the drug companies.

Schumer: I agree. But don’t you dare cut any funding.

Trump: “[Dodd-Frank is] a sprawling and complex piece of legislation that has unleashed hundreds of new rules and several new bureaucratic agencies” [which I promise to dismantle and replace with] new policies to encourage economic growth and job creation.”

Schumer: “We have 60 votes to block him … he should not even try to think about repealing Dodd-Frank. We will have enough votes to beat that back.”

Trump: Close the borders and deport all criminal aliens.

Schumer: I’m one of the “gang of eight” who pushed for a “path to citizenship” for illegal aliens already in the country.

Trump: I’ll repeal the most egregious and flagrantly unconstitutional        ones immediately.

Schumer (in November 2014): “The president [Obama] has no choice but to take executive action where he can, wherever it’s legally allowed….”

When Donald Trump learned that Schumer was going to fight him “tooth and nail” he tweeted: “I have always had a good relationship with Chuck Schumer. He is far smarter than Harry Reid and has the ability to get things done.”

Translation: We can do business.

Caveat: Can Trump keep enemies like Schumer close? Can he tell the difference between an enemy and a friend? Does Trump know that when Schumer was elected to the Senate in 1998 he was backed by the Committees of Correspondence for Democracy and Socialism, a Communist Party USA splinter group? Does he know that Schumer has one of the most anti-Constitution voting records in the senate, scoring a 13 out of 100?

Schumer is very smart. He scored a perfect 1600 on his SATs and graduated from James Madison High School in Brooklyn as valedictorian. He obtained a BA degree from Harvard, followed by a JD in 1974 with honors.

He has been successful in real life;

He has successfully run numerous real estate businesses in the United States and abroad;

He became famous as the host of the TV show “The Apprentice”;

He graduated from the Wharton School of Business with a BS degree in economics; and

He has written 18 business books with the most popular being “The Art of the Deal”, which is considered a business classic.

If it is Trump’s intention to keep his enemies close, he has chosen a worthy adversary.

Background on the Gang of Eight and their immigration bill

Background on the Trans-Pacific Partnership

Huffington Post: Trump’s Dismantling Of Dodd-Frank May Be In The Works

Quora.com: How smart is Donald Trump?

communist Constitution Democrat Donald Trump Executive Order Harry Reid immigration Income Tax justice Obamacare Republican Senate Socialism Spending Supreme Court
This entry was posted on Tuesday, November 22nd, 2016 at 6:10 am and is filed under Politics. You can follow any responses to this entry through the RSS 2.0 feed. Both comments and pings are currently closed.
Many of the articles on Light from the Right first appeared on either The New American or the McAlvany Intelligence Advisor.