Mutt and Jeff? Laurel and Hardy? Crosby and Hope? Preibus and Bannon?

This article was published by The McAlvany Intelligence Advisor on Wednesday, November 16, 2016: 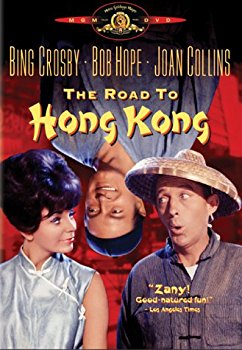 The Mutt and Jeff comic strip began in 1907 and lasted until 1983, with Al Smith drawing them for nearly 50 years. The slapstick comedians Stan Laurel and Oliver Hardy played to audiences from 1927 to 1950 while Bing Crosby and Bob Hope made seven “Road” films starting in 1940 and ending with “the Road to Hong Kong” in 1962. An eighth “Road” film was planned in 1977, “The Road to the Fountain of Youth,” but it was canceled when Crosby died of a heart attack that year.

Question: how long is the “co-equal” partnership of Reince Preibus and Steve Bannon likely to last? Trump named them to his staff – Chief of Staff and chief political advisor and strategist, respectively – on Sunday, being very careful to couch the announcement to favor neither but to honor both. Cannon’s name was first even though, in times past, a president’s chief of staff really ran things going all the way back to Woodrow Wilson’s Edward Mandell House.

Trump has been hiring (and firing) people for his vast business empire for decades. His TV show “The Apprentice” showed a sharp mind willing to hire and fire without fear or remorse. When someone performed, he/she was given more responsibility. When he/she didn’t, he/she was fired. Period.

Giving Trump some credit, then, he appears to have matched the capabilities of his two closest advisors, allowing the strengths of one to compensate for the weaknesses of the other.

As an administrator and a negotiator, Priebus has an impressive record. As chairman of Wisconsin’s Republican Party he is credited with helping Paul Ryan, the Speaker of the House, and Scott Walker, the present governor of the state, into power on the state level and prominence nationally. What makes this remarkable is that Wisconsin has traditionally been a Democrat stronghold, heavily influenced by union power.

He’s also a negotiator. As chairman of the Wisconsin Republican Party, he helped steer it to victories in November 2010 when it won control of the State Senate and Assembly, while putting Walker into the governor’s mansion. He was able to enlist the help of the Tea Party, then in its ascendancy, to work with the party.

When he was elected as chair of the RNC in January 2011, the party was in shambles. It was $23 million in debt, it had severely strained relationships with major donors in the wake of the defeat the previous November, and it was rapidly becoming a shadow of its former self. By the end of his first year, Priebus had regained the confidence of 1,000 of those donors, each pledging $30,000 annually to replenish the party’s coffers. He raised $88 million and reduced the party’s debt to under $12 million.

In January 2013, Priebus was elected to a second term, where he showed some backbone to the national media. Both CNN and NBC were planning on running “biopics” – a favorable biographical movie – on Hillary Clinton. Preibus told both networks that if they ran them – “free campaigning on Clinton’s behalf,” according to columnist Jennifer Rubin – neither would be invited to moderate a Republican primary debate. The biopics were cancelled.

After being elected to a rare third term nearly unanimously in January 2015, Priebus faced a similar situation. In the October debate, there were clashes between the Republican candidates and the NBC News “moderators,” so Priebus announced that the network would not host the February 16, 2016 debate. At the time, Priebus said that NBC had conducted the debate in “bad faith,” adding that:

While debates are meant to include tough questions and contrast candidates’ visions and policies for the future of America, CNBC [a division of NBC Universal] moderators engaged in a series of “gotcha” questions, petty and mean-spirited in tone, and designed to embarrass our candidates.

Preibus is unlikely to become a Bob Alexander, President Bill Mitchell’s Chief of Staff in the 1993 movie Dave. He is also unlikely to turn out behind bars, as did President Nixon’s Chief of Staff, H. R. Haldeman, who called himself “Nixon’s SOB.” And he won’t become Woodrow Wilson’s “alter ego” (Edward Mandell House) either, as Priebus has no perceivable connections to the Evil Empire (the Gates Foundation, the Council on Foreign Relations, the Trilateral Commission, George Soros, Goldman Sachs, or other big banks).

One would be hard-pressed to find anyone so totally different from Priebus than Steve Bannon, the head of Breitbart News. In March, Lloyd Grove of the progressive Daily Beast came close to describing accurately Breitbart’s, and thus Bannon’s, impact on the movement referred to as “alt-right”:

[The Breitbart website is] Trump-friendly [and] regularly savages the GOP establishment, the media elite, the Washington consultant class, and the Fox News Channel.

This was intentional from the start. Said Bannon in January: “We think of ourselves as virulently anti-establishment, particularly anti the permanent political class.”

Bannon had a knack for offending nearly everyone as he built the website to more than 42 million unique visitors every month. He had tapped into the latent and growing hostility to anything “establishment,” and his articles were often titled accordingly. For instance in July he ran articles deliberately designed to tick off the feminists: “The Solution to Online ‘Harassment’ is Simple: Women Should Log Off” and “There’s No Hiring Bias Against Women in Tech, They Just Suck at Interviews.”

He didn’t start out that way. Born into a poor family in Norfolk, Virginia in 1953, he grew up close to the naval yard and upon graduating from Virginia Tech in 1976, joined the Navy. He served in the Pacific Fleet for four years and when he returned he served as special assistant to the Chief of Naval Operations at the Pentagon. Cannon explains: “I come from a blue-collar, Irish Catholic, pro-Kennedy, pro-union family of Democrats.”

But his service in Washington led to a change of heart: “I wasn’t political until I got into the service and saw how badly Jimmy Carter [messed] things up. I became a huge Reagan admirer. I still am.”

But Bush wasn’t any better than Carter, according to Bannon. During a time when his investment company was operating various media companies in Asia, he learned how little difference there was between Republicans and Democrats:

But what turned me against the whole establishment was coming back from running companies in Asia and seeing that Bush has [messed] up as badly as Carter. The whole country was a disaster.

When he left the navy, he attended Harvard Business School, receiving an MBA and a job offer at Goldman Sachs. He worked in their Mergers and Acquisitions Department for four years, making enough money to allow him and some colleagues to start his own boutique investment company, Bannon & Co. When he negotiated the sale of Castle Rock Entertainment to Ted Turner, he received a stake in five TV shows, including Seinfeld.

He got into films, making a Reagan documentary, In the Face of Evil. Its success led him to produce a documentary about Sarah Palin and films celebrating the Tea Party. His success with these led to an introduction to Andrew Breitbart, who was operating his startup business, Breitbart.tv. When Breitbart died of a heart attack in 2012, Bannon was invited to take over as CEO.

During his stint at Breitbart, the website exposed the ACORN scandal and later the Weiner sexting scandal, among others. Bannon also founded the Government Accountability Institute (GAI), which produced the films Bush Bucks: How Public Service and Corporations Helped Make Jeb Rich, and Clinton Cash: The Untold Story of How and Why Foreign Governments and Businesses Helped Make Bill and Hillary Rich. These were carefully researched and crafted films according to Bloomberg Businessweek, calling them “rigorous, fact-based indictments against major politicians.”

The rest is now history: Trump invited Bannon to take Mannafort’s place in his campaign in August, and, following the election victory last Tuesday, decided to move him from his campaign into his administration. He is a counterweight to Priebus’ administration style, providing Trump with daily updates, commentary and opinion on vital issues, allowing him to stay “on message”: we’re here to drain the swamp.

Most partnerships last but a few years, if that long. The exceptions are noted above. But Trump’s refined ability to pick his people, offsetting weaknesses against strengths, bodes well for the start of his administration in January.

History of Mutt and Jeff

History of Laurel and Hardy

The Road films of Crosby and Hope

Telegraph.co.uk:  Steve Bannon: Who is Donald Trump’s chief strategist and why is he so feared?

Andrew Breitbart banks Council on Foreign Relations Donald Trump Elite Establishment George Soros Goldman Sachs Hillary Clinton Jimmy Carter Paul Ryan politics power progressive Republican Sarah Palin Scott Walker Tea Party Wall Street
This entry was posted on Thursday, November 17th, 2016 at 6:43 am and is filed under History, Politics. You can follow any responses to this entry through the RSS 2.0 feed. Both comments and pings are currently closed.
Many of the articles on Light from the Right first appeared on either The New American or the McAlvany Intelligence Advisor.