This article appeared online at TheNewAmerican.com on Monday, November 14, 2016: 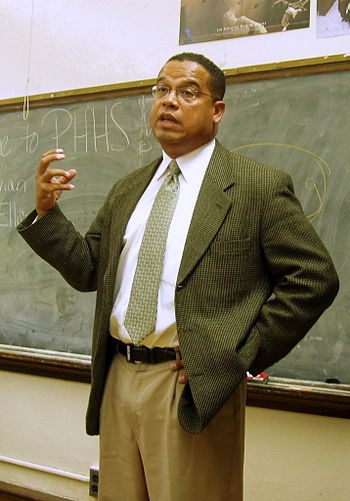 Ellison mouthed homilies about how the Democrat Party must get back on track in the face of its loss of the White House and control of Congress on Tuesday, declaring: “The key here has got to be a turnout-based, grassroots-based, Democratic Party that uses relationship building, one on one.” Whatever that means, it is clear from a review of Ellison’s background that he has all the credentials needed to chair the DNC:

When the Republican Party’s platform in 2012 contained a statement that “there must be no use of foreign law by U.S. courts in interpreting our Constitution and laws … nor should foreign sources of law be used in State courts [or for] adjudication of criminal or civil matters,” Ellison responded, “It’s an expression of bigotry.… Why do [the Republicans] want to become the party of hate? They’re hating on immigrants … they’re demonstrating hatred toward Muslims.”

In other words, in designing the perfect profile for the next chairman of the DNC, it would look like Ellison’s. He’ll announce his formal intention to run for the office on Monday. With endorsements from the likes of Schumer, Sanders, and Warren, how could he lose?

communist Constitution Democrat Income Tax Islam progressive radical Taxes violations
This entry was posted on Monday, November 14th, 2016 at 4:27 pm and is filed under Politics. You can follow any responses to this entry through the RSS 2.0 feed. Both comments and pings are currently closed.
Many of the articles on Light from the Right first appeared on either The New American or the McAlvany Intelligence Advisor.