This article appeared online at TheNewAmerican.com on Thursday, November 10, 2016: 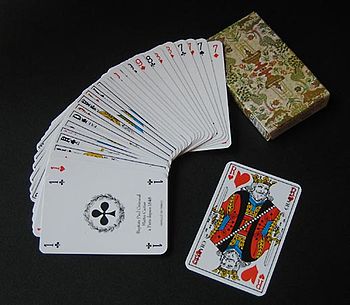 In March, Donald Trump trotted out an early list of foreign-policy advisors on whom he would be relying if he were elected president. In an interview with the Washington Post, Trump said, “I can give you some of the names … Walid Phares, who you probably know, PhD, adviser to the House of Representatives Caucus, and counter-terrorism expert; Carter Page, PhD; George Papadopoulos — he’s an energy and oil consultant, excellent guy; the Honorable Joseph Schmitz, [former] inspector general at the Department of Defense; [retired] Gen. Keith Kellogg; and I have quite a few more.”

In August he added “quite a few more” and then, the day after he was elected, Trump added still more, this time in the economic policy area.

There are at least four “wild cards” in the deck that Trump is building, some with obvious ties to the establishment (Goldman Sachs, big banks, the Council on Foreign Relations, etc.), and others whose ties are somewhat more opaque but worth watching nonetheless. We’ll look at these first, before moving on to some of his more solid picks.

The first and most obvious wild card is Steven Mnuchin, the head of Dune Capital Management and former director at Goldman Sachs where he amassed a personal fortune estimated at more than $40 million as head of the firm’s trading desk. A graduate of Yale, he served on the Yale Development Board while gaining additional experience working for George Soros in his Private Equity division.

The second is Peter Navarro, a professor of economics and public policy at the University of California, Irvine after obtaining his Ph.D. in economics from Harvard University. Navarro brings full-blown Keynesian philosophy to Trump’s advisory table, and he ran (unsuccessfully) as a Democrat for the 49th Congressional District in California in 1996.

The problem with Navarro isn’t his background or his political experience, however. It’s his blind spot when it comes to trade policy. Tim Worstall, a Forbes contributor, took Navarro to task on Wednesday, claiming that “he is simply flat out wrong in his analysis of how trade works and why we do it.” Added Worstall: “Navarro is absolutely certain of a number of things about trade which simply aren’t so. [His views, if adopted by Trump, would] unlikely be the basis of a decent trade policy.”

Paulson, best known for his ability to see his opportunity ahead of the real-estate crash that led to the Great Recession, turned himself into a billionaire as a result. The story was covered by author Gregory Zuckerman in his The Greatest Trade Ever: The Behind-the-Scenes Story of How John Paulson Defied Wall Street and Made Financial History, which was later turned into the film The Big Short. That “trade” earned Paulson’s company more than $15 billion, dwarfing George Soros’ currency trade that he made in 1992.

In June 2015, Paulson showed his gratitude for the education he got at his alma mater by donating $400 million to Harvard, the largest gift ever received in the school’s history.

The final potential wild card is suspect only because his background is so opaque: Carter Page. Page is the founder and managing partner of Global Energy Capital, an energy investment, consulting, and advisory firm with clients all over the globe. For three years, he worked closely with Russia’s state-owned Gazprom energy company following a stint as a fellow at the Council on Foreign Relations (CFR) ,where he advised the group on research he did on energy reserves in the Caspian Sea. Other than that, all that is known is that he holds an MBA from New York University and is a Chartered Financial Analysis (CFA).

The others in Trump’s hand include Senator Jeff Sessions (R-Ala.), whom the Washington Times called “a tea partyer before the tea party was cool.” Sessions’ long suit is his opposition to any form of amnesty for illegals.

As previously mentioned, Walid Phares is Trump’s advisor on terrorism. Phares has been an advisor to the Anti-Terrorism Caucus in the House of Representatives and is currently serving as the co-secretary general of the Transatlantic Legislative Group on Counter Terrorism. Phares’ greatest claim to fame and credibility comes from criticism he received from the Council on American-Islamic Relations (CAIR) when Mitt Romney named him to his campaign staff in 2012. CAIR described Phares as “an associate to war crimes” and a “conspiracy theorist.”

Next among Trump’s advisors is Joseph Schmitz, a lawyer and former inspector general of the U.S. Department of Defense. He is also the son of John G. Schmitz, a former California State Senator, member of the House of Representatives, and U.S. presidential candidate in 1972. Schmitz was a special assistant to Attorney General Edwin Meese and authored Sharia: The Threat to America.

Trump has also selected General Joseph “Keith” Kellogg to his advisory staff. Currently the vice president of strategic initiatives at Cubic Corporation, a supplier of communications technical support to the U.S. military, Kellogg served as commander of the 82nd Airborne Division and worked for the Joint Chiefs of Staff as director for all computing and communications for U.S. forces.

Trump asked Dr. Ben Carson’s campaign advisor, George Papadopoulos, to join his staff, bringing with him his background and experience in energy policy obtained while serving as the director of the Center for International Energy and Natural Resources Law and Security at the London Center for International Law Practice. Papadopoulos also served as a fellow at the conservative think tank the Hudson Institute.

On economic policy, Trump leads with Stephen Moore, the Heritage Foundation’s chief economist and founder of the Club for Growth. He brings free-market views and an understanding of “supply side” economics to the table.

Next there’s David Malpass, founder and president of Encima Global LLC, an economic research and consulting firm in New York City. Malpass served as deputy assistant treasury secretary under President Ronald Reagan and currently sits on the board of The Manhattan Institute, another conservative think tank. Malpass is critical of government spending policies, recognizing that small businesses “are the nation’s critical engine for growth, innovation and job creation. Yet they are being starved for credit and slammed with more taxes, government directives and litigation exposure.”

One of Malpass’ favorite solutions is to cap government spending by tying excessive spending to cuts in the salaries of the politicians responsible:

The U.S. has a law on the books called the debt limit, but the name is misleading. The debt limit started in 1917 for the purpose of facilitating more national debt, not reducing it. It still serves that purpose [today]….

Replace the debt limit with an operational ceiling on the debt-to-GDP ratio. It should be forced onto a downward glide path to below 50%. The new debt limit should penalize Washington enough to make it do its job. If the debt ratio goes over the glide path, cut salaries each month for upper-income federal employees, including the President, Congress and senior officials. Make it very public that they are paid to control spending.

There’s Howard Lorber, the CEO of Vector Group, the largest residential real-estate brokerage in New York City. There’s Harold Hamm, best known for pioneering the development of fracking the shale resources in the Bakken Formation in North Dakota and Montana. There’s Steve Feinberg, the co-founder and CEO of Cerberus Capital Management, a company with more than $30 billion in assets under its management.

There’s Dan DiMicco, the CEO of Nucor Corporation, the country’s largest steel producer and author of Steeling America’s Future, in which he outlines strategies to rebuild and strengthen America’s manufacturing sector. There’s Stephen Calk, who founded Federal Savings Bank in 2000 specifically to assist returning veterans with financing and other needs. In addition to running his bank, Calk also counsels and mentors returning veterans personally, bringing that intimate perspective into Trump’s advisory camp.

There’s Andrew Beal, the founder of a chain of “wholesale” banks that offer financial services, but not consumer loans or checking accounts. In 1997, Beal invested significant personal funds and effort into starting an aerospace company to build rockets to place communications satellites into orbit. At one point he had 200 employees working for him, but was forced to close down the operation in October 2000 when he couldn’t compete with the government-funded NASA doing the same thing. That perspective no doubt will be helpful as the Trump administration addresses government subsidies.

There’s Thomas Barrack, the founder of Colony Capital, a private equity real estate investment company headquartered in Los Angeles. Barrack served as deputy undersecretary of the U.S. Department of the Interior under James Watt during the Reagan administration and now runs $25 billion of assets, including hotels in Sardinia and throughout Asia.

Clearly, Donald Trump is building his portfolio of advisors around his strengths and his weaknesses. There’s only one politician in the bunch, and precious few government bureaucrats. The vast majority have been successful in private industry, are familiar with the risks associated with running a business, and know the detrimental effects of overweening government. Although there are four “wild cards” in that bunch, none of them are listed in DiscoverTheNetworks, the collection of backgrounds on far-left radical revolutionaries and their groups intending America’s destruction. DiscoverTheNetworks’ entries for members of the Obama administration, on the other hand, add up to an astonishing 99 pages.

banks bureaucrat Club for Growth Conservative Council on Foreign Relations credibility Democrat Department of Defense Donald Trump Energy Establishment Fracking George Soros Goldman Sachs Great Recession Heritage Foundation Islam Keynesian Mitt Romney National Debt Obama oil politician radical Ronald Reagan Small Business Spending Subsidies Tea Party understanding Wall Street
This entry was posted on Friday, November 11th, 2016 at 7:23 am and is filed under Free Market, Politics. You can follow any responses to this entry through the RSS 2.0 feed. Both comments and pings are currently closed.
Many of the articles on Light from the Right first appeared on either The New American or the McAlvany Intelligence Advisor.