This article appeared online at TheNewAmerican.com on Tuesday, October 18, 2016: 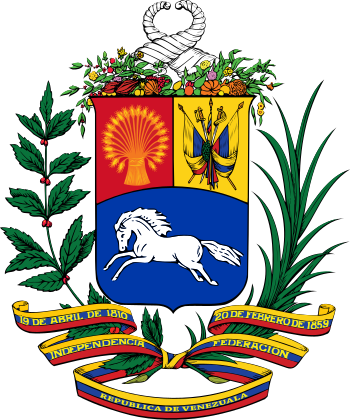 When Matt O’Brien updated his previous article on the slow-motion collapse of Venezuela on Monday for the Washington Post, he reviewed the symptoms achingly familiar to those following the events: the collapse of oil prices; the incompetence of the cronies running the state-owned oil company (former Marxist Hugo Chávez replaced the workers who knew what they were doing with political cronies who didn’t); the inflation of the currency followed as night follows day, with price controls to mask the resulting inflation; inflation, as measured by the black market’s pricing of the Venezuelan bolivar, causing the bolivar to lose more than 90 percent of its value in just two years; the empty supermarket shelves; the oppression by police of those standing in long lines to purchase whatever might be left in those stores; and on and on. As O’Brien lamented:

And then he added: “It’s only going to get worse.”

Unfortunately, it already has. Starvation is leading to staggering rises in infant mortality, and prison riots are leading to cannibalism.

As this writer wrote back in August, “In short, the average Venezuelan lives in a prison forged by the socialism imposed by Chavez and Maduro. The country more and more resembles a concentration camp where the guards are deliberately starving the inmates.” This seemed to some at the time as an exaggeration.

The problems facing the country were admitted by the current dictator, Nicolas Maduro, back in January when he declared an economic state of emergency. That was followed in May with a decree suspending all constitutional rights, leaving total power in his own hands. In July, he commanded Venezuelans to go to work in the fields for 60-day periods to help alleviate the food shortages that his previous proclamations had caused. He also allowed citizens to travel to neighboring Colombia to buy food and other supplies that were no longer available in his country. Some 300,000 of them took advantage, with many of them staying there.

In August, he extended his proclamation of self-rule.

For the rest of the 30 million people in the socialist hell, there is no escape. In September, Breitbart News reported that one out of every six citizens was surviving by eating garbage discarded by restaurants and other commercial establishments.

Last week the Wall Street Journal reported on the huge rise in infant mortality where “the country’s babies are dying at a rate higher than Syria’s.” Wrote the Journal:

Statistics on infant mortality in Venezuela are difficult to come by because the government no longer reports them regularly. Doctors at state hospitals, which [is where] most babies are born, are often sanctioned or threatened with job loss for making data public.

In fact, the extent of infant mortality in Venezuela, thanks to inadequate or unavailable medicines and equipment, such as infant incubators, dependable supplies of clean water, or electric power, has become a state secret:

The dire state of health care — once a pillar of the socialist government’s so-called people’s revolution — has become a state secret here, with armed security guarding health-care facilities and throwing out journalists who manage to enter.

Ghastly stories of horror and grief abound. Ana Molina, a pediatrician who heads up the neonatal unit at the Antonio Patrico Acala Hospital in Cumana, called it “a nightmare,” with more than 100 babies dying of sickness or malnutrition in just the first four months of this year. In September, 36 out of the 43 newborn babies who were put into critical care at her hospital died.

And Maduro’s mad socialism is killing the mothers of newborns as well, according to the Journal: “Childbirth-related maternal deaths in state hospitals are five times what they were in 2012, according to Venezuelan government statistics [which are notoriously unreliable].”

Earlier this month Fox News reported that there have been close to 200 prison riots, which are attributed to vast overcrowding and food shortages, with prisoners being forced by other prisoners to eat their own.

Let the father of one of the inmates who was eaten tell his story:

One of those who were with him when he was murdered saw everything that happened. My son and two others were taken by 40 people, stabbed, hanged to bleed, and then … butchered … to feed all the detainees. The inmate with whom I spoke to told me that he himself was beaten with a hammer in order to force him to eat the remains of the two boys.

It gets worse. According to Humberto Prado, coordinator of the Venezuelan Prison Observatory: “Prisoners have been dismembered … and some inmates have forced other prisoners to eat their own fingers. That happened in a detention center in El Tigre.”

They also die of hepatitis, cirrhosis, or starvation, said Prado.

When people are eating garbage and each other just to stay alive, no one can claim that this is a success. But it’s the predictable end point of socialism.

Constitution Currency dictator Health Care Inflation Oil Prices power Price Controls prison rights Socialism
This entry was posted on Wednesday, October 19th, 2016 at 4:43 am and is filed under Economics, History. You can follow any responses to this entry through the RSS 2.0 feed. Both comments and pings are currently closed.
Many of the articles on Light from the Right first appeared on either The New American or the McAlvany Intelligence Advisor.