This article appeared online at TheNewAmerican.com on Wednesday, October 19, 2016: 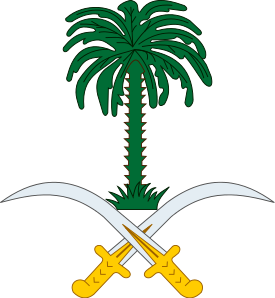 Oil ministers from Saudi Arabia have been traveling the world doing investment “roadshows” to promote their $10-billion bond offering that hits the markets this week. In so doing, they must disclose the risks investors could be taking, and then price the bonds according to those risks.

The Saudis appear to be paying the price for losing their bet about American oil producers. In November 2014 they made a massive wager that they could outproduce the American oil industry and drive the price of crude down so low that it would bankrupt enough of them to remove them from the market. Thus, the Saudis would get back to where they have always been: in charge of oil prices as the world’s “swing” producer.

The wager has cost them dearly. Last year’s falling oil prices have sliced their revenue stream in half, forcing them to cut some of their welfare state promises, shrink their foreign reserves by a third, and borrow from banks.

Estimates for 2017 are that they will continue in heavy deficit mode, going negative by another $87 billion, or about 13 percent of the country’s total economic output. They have already borrowed $10 billion from banks, but this is the first time they’ve gone international with a bond offering.

The risks are substantial. Although Saudi Arabia is sitting on an estimated 266 billion barrels of crude oil, there are serious questions about how much that oil will be worth when it is finally pumped to the surface. The Saudis are doing something extremely dangerous: engaging in straight-line thinking in a curvilinear world. They currently pump about 10 million barrels of oil every day from those massive reserves. Doing the math, that means those reserves could last another 70 years.

But what will they be worth then? Investors like to know things such as that before committing huge sums to keep the Saudis afloat. There are environmental regulatory risks. There is competition from members of the Saudis’ own OPEC cartel, each of which has its own set of financial difficulties thanks to the drop in the price of crude over the past two years. There’s the phasing out of coal in favor of natural gas as an energy source. There’s the increasing likelihood that the world is heading into recession. And the Saudis are competing for investors’ funds with those same OPEC members who, it is estimated, will be needing an estimated trillion dollars of financing to cover their own shortfalls over the next five years. Finally, Moody’s just cut its credit rating on Saudi Arabia, along with similar downgrades of Oman and Bahrain.

It’s a complicated matter which was just made more complicated by word from one of the “seven sisters” in the oil industry that it has made some highly significant investment decisions: British Petroleum. BP, the world’s sixth largest energy company by market capitalization (the fifth largest by revenues), just announced that it has committed sums to new development by the end of the year, with more to come in 2017. Chief Executive Bob Dudley was careful to note that his company’s “investments are back, but [they’re] only going to be the very best.”

Translation: BP is initially going after development of only those fields that are the highest quality, easiest to reach, containing the highest amount of proven reserves and thus generating the highest margins. And that’s with the price of oil estimated by Dudley to be between $50 and $60 barrel next year. If prices move higher, he intimates, so will BP’s commitment to new development.

Ali Moshiri, the head of new production for Chevron, made his own prediction: “The phenomenon of shale oil is real and when prices rise to $60 a barrel you will see the level of active rigs rise. This is inevitable.”

So, where are the Saudi oil ministers pricing their $10-billion offering? If it assumed that the U.S. government’s 10-year Treasury bond is the gold standard for safety and liquidity, and it is currently paying just 1.7 percent interest, where do the Saudis come in with their offering? About twice that, at an estimated 3.5 percent. That reflects the much higher risk investors will be taking, given current circumstances, compared to investing in 10-year bonds backed by the U.S. government.

Investors will know shortly just how the bond offering of the Saudis goes. Those who take positions may very shortly find themselves shouldering much more risk than they anticipated. If so, that could make it more difficult for the bond market to absorb future offerings from Middle East producers to finance their massive deficits.

In short, once again American technology has put the oil producing shoe on the other foot, forcing Middle East producers to take defensive measures such as bond offerings just to stay in the game.

American banks Cartel Deficit Energy Oil Prices Recession risks Technology
This entry was posted on Wednesday, October 19th, 2016 at 4:53 am and is filed under Energy, Free Market. You can follow any responses to this entry through the RSS 2.0 feed. Both comments and pings are currently closed.
Many of the articles on Light from the Right first appeared on either The New American or the McAlvany Intelligence Advisor.