This article was published by The McAlvany Intelligence Advisor on Wednesday, October 19, 2016: 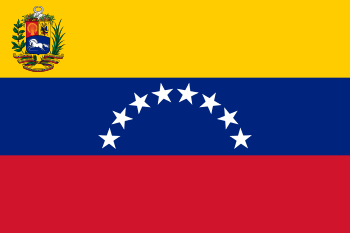 The term “economic collapse” has been bandied about for so long by so many that the phrase has largely lost its meaning. Michael Snyder has been able to make a living from his blog, “The Economic Collapse,” and there’s even a feeble attempt to define the term by contributors to Wikipedia:

The term has been used to describe a broad range of bad economic conditions, ranging from a severe, prolonged depression with high bankruptcy rates and high unemployment (such as the Great Depression of the 1930s), to a breakdown in normal commerce caused by hyperinflation (such as in Weimar Germany in the 1920s), or even an economically caused sharp rise in the death rate and perhaps even a decline in population (such as in countries of the former USSR in the 1990s).

Often economic collapse is accompanied by social chaos, civil unrest, and sometimes a breakdown of law and order.

An example of an economic collapse is the Great Depression.

Comparing the Great Depression in the United States to what is currently occurring in Venezuela is like comparing “lightning” to “lightning bug.”

Matt O’Brien has been following the slow-motion economic collapse in Venezuela for the Washington Post for some time, and earlier this week updated his previous comments. He ran through the now-familiar chronology: first came Marxist Huge Chavez, followed by Nicolas Maduro who continued Chavismo with a vengeance. When the country’s legislature tried to bind him down, he simply ignored them. He replaced the justices on the Supreme Court with his cronies and challenged anyone to rein him in.

In January this year he declared a state of economic emergency, followed by a decree in May anointing himself as the supreme ruler and suspending the country’s constitution. He extended his self-anointing in August.

When oil revenues dropped, Maduro arranged to print more bolivars to pay the government’s bills. When inflation showed up, he installed price controls. That shut down the private market upon which the populace depended for its essentials: food, medicines, papers goods, and other necessities. When shortages appeared, rationing was installed. When long lines began forming at supermarkets, police were called to quell potential riots. When those efforts failed, police forcibly removed those standing in line based upon the last two digits of their identity cards.

He ordered civilians to return to the fields for a minimum of 60 days to grow the food that his policies had eliminated from the markets. He also, in a brief moment of sensibility, allowed his serfs to go to Colombia to buy the goods that his socialist state could no longer provide. Three hundred thousand of them took advantage of the opportunity, and many of them stayed there permanently.

But the vast majority of the nation’s 30 million can’t escape. One out of every six subsists on garbage tossed out by restaurants and other commercial establishments.

But reports are now surfacing that show the extent to which Maduro’s socialist policies are killing his people. On Monday, the Wall Street Journal reported on the huge rise in infant mortality, where “the country’s babies are dying at a rate higher than Syria’s.” Wrote the Journal:

Statistics on infant mortality in Venezuela are difficult to come by because the government no longer reports them regularly. Doctors at state hospitals, where most babies are born, are often sanctioned or threatened with job loss for making data public.

In fact, the extent of infant mortality in Venezuela, thanks to inadequate or unavailable medicines and equipment like infant incubators, dependable supplies of clean water, or electric power, has become a state secret:

The dire state of health care – once a pillar of the socialist government’s so-called people’s revolution – has become a state secret here, with armed security guarding health-care facilities and throwing out journalists who manage to enter.

Ghastly stories of horror and grief abound. Ana Molina, a pediatrician who heads up the neonatal unit at the Antonio Patrico Acala Hospital in Cumana, called it “a nightmare,” with more than 100 babies dying of sickness or malnutrition in just the first four months of this year. In September, 36 out of the 43 newborn babies who were put into critical care at her hospital died.

And Maduro’s mad socialism is killing the mothers of newborns as well, according to the Journal: “Childbirth-related maternal deaths in state hospitals are five times what they were in 2012, according to Venezuelan government statistics [which are notoriously unreliable].”

Prisoners are also suffering, and taking matters into their own hands. There have been hundreds of riots, protesting crowded living conditions along with lack of food and medical care. Some are so desperate that some of the prisoners are killing and eating each other.

The story of one incident is so chilling that this writer prefers to let the father of one of the victims tell his own story:

One of those who were with him when he was murdered saw everything that happened. My son and two others were taken by 40 people, stabbed, hanged to bleed, and then … butchered … to feed all the detainees. The inmate with whom I spoke told me that he himself was beaten with a hammer in order to force him to eat the remains of the two boys.

It gets worse. According to Humberto Prado, coordinator of the Venezuelan Prison Observatory: “Prisoners have been dismembered … and some inmates have forced other prisoners to eat their own fingers. That happened in a detention center in El Tigre.”

They also die of hepatitis, cirrhosis, or starvation, said Prado.

This is what is missing from most discussions of “economic collapse.” Venezuela proves the point: reduce citizens to animals through starvation, and one very quickly realizes just how thin the veneer of civilization really is. Socialism doesn’t just destroy the free market, it also destroys the culture, turning men into beasts.

That’s the rest of the story that Bernie Sanders needs to tell his adoring audience.

The prophet Hosea was right:

My people are destroyed for lack of knowledge; because you have rejected knowledge, I reject you from being a priest to me. And since you have forgotten the law of your God, I also will forget your children.

The Washington Post: Venezuela is on the brink of a complete economic collapse

State of emergency in Venezuela

Bankruptcy Free Market health Inflation oil power Price Controls prison Socialism Supreme Court Unemployment
This entry was posted on Wednesday, October 19th, 2016 at 3:02 pm and is filed under Crime, Politics. You can follow any responses to this entry through the RSS 2.0 feed. Both comments and pings are currently closed.
Many of the articles on Light from the Right first appeared on either The New American or the McAlvany Intelligence Advisor.